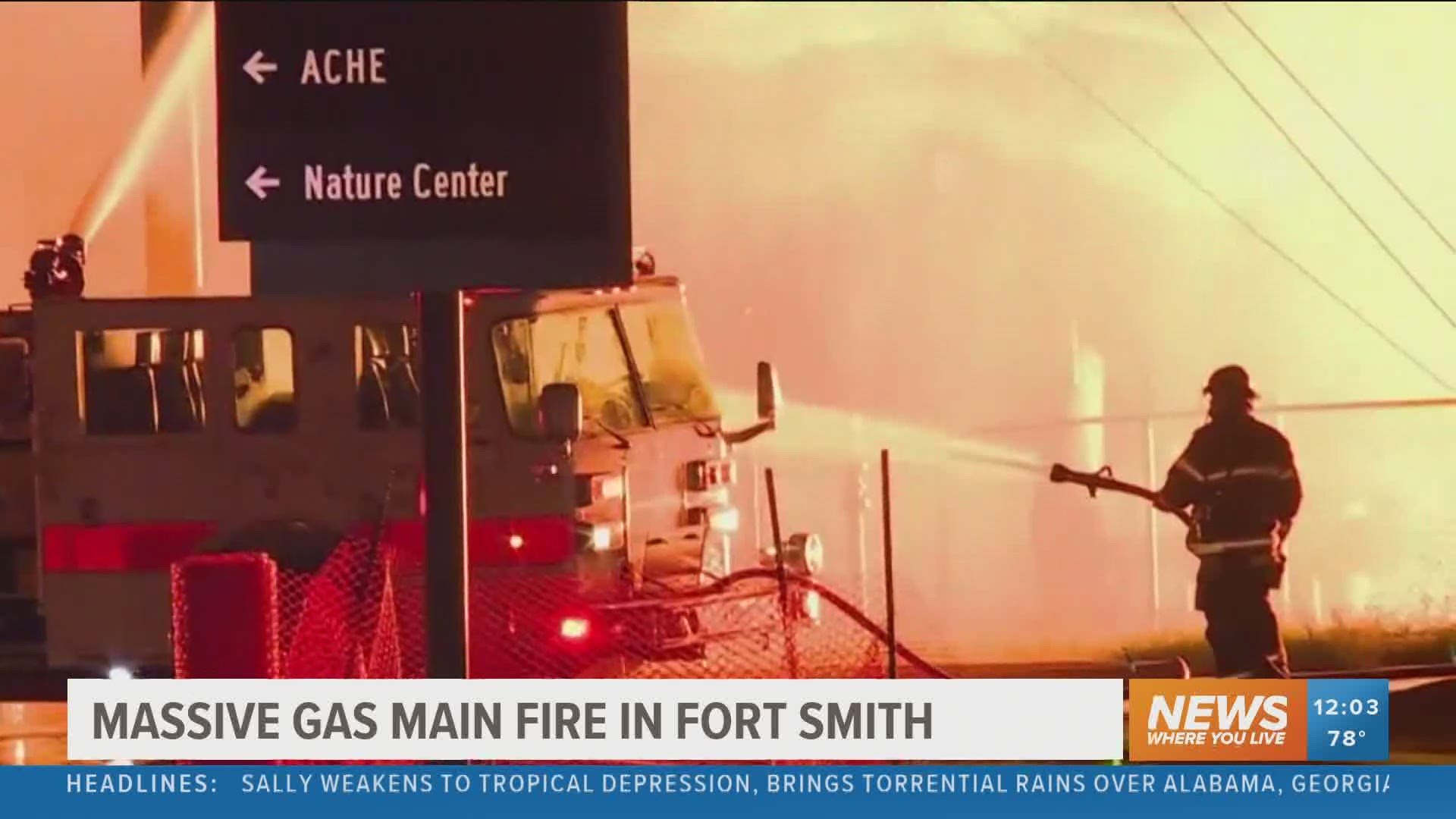 FORT SMITH, Ark — Emergency crews arrived at the corner of Zero Street and Massard Road in Fort Smith after a fire broke out in the area Wednesday (Sept. 16) night.

Fort Smith Fire Department (FSFD), Barling Fire Department (BFD) and AOG were on the scene and found a 10-inch, high-pressure natural gas transmission on fire, according to Chief Fuller with FSFD.

Fuller says FSPD secured water supplies and immediately started trying to protect and cool the other transmission lines on-site and protect the structures in the area.

This was a high-pressure transmission line, so there were no worries of an explosion.

AOG was able to get the gas shut off.

There are no injuries to report and no other buildings were damaged.

The cause of the fire is unknown at this time. AOG was on-scene beginning an investigation when FSPD left the scene at around 1:30 a.m.

According to a Barling firefighter, it was a gas main that was on fire.

No other details have been released at this time.

Just over 200 miles west another gas line explosion rocked the city of Piedmont, Oklahoma. Our CBS affiliate News 9 reports that fireballs from the explosion could be seen rising more than 150 feet the air. 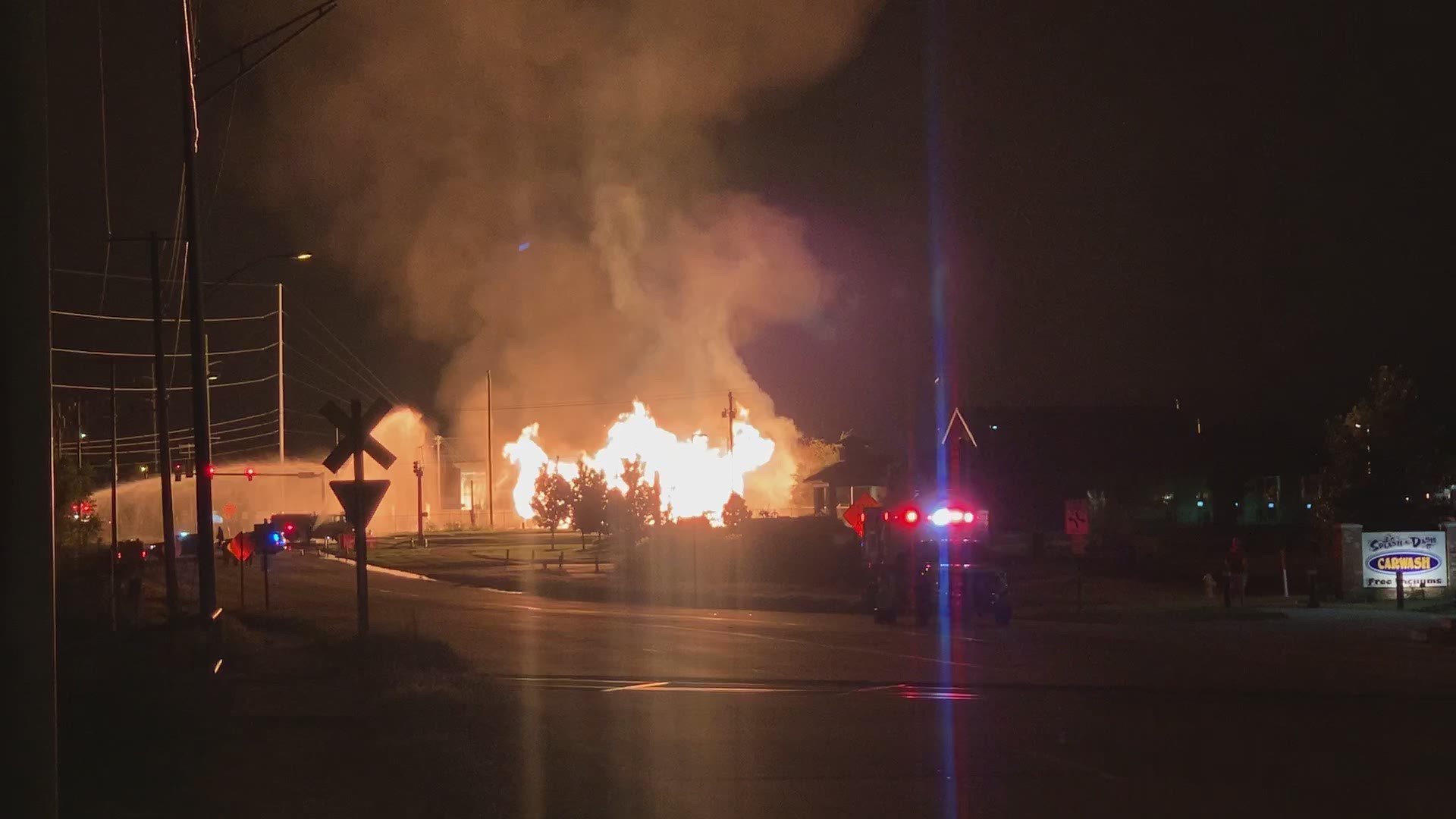