The man's body was found about 30 feet from the shoreline in water that was 10 feet deep. 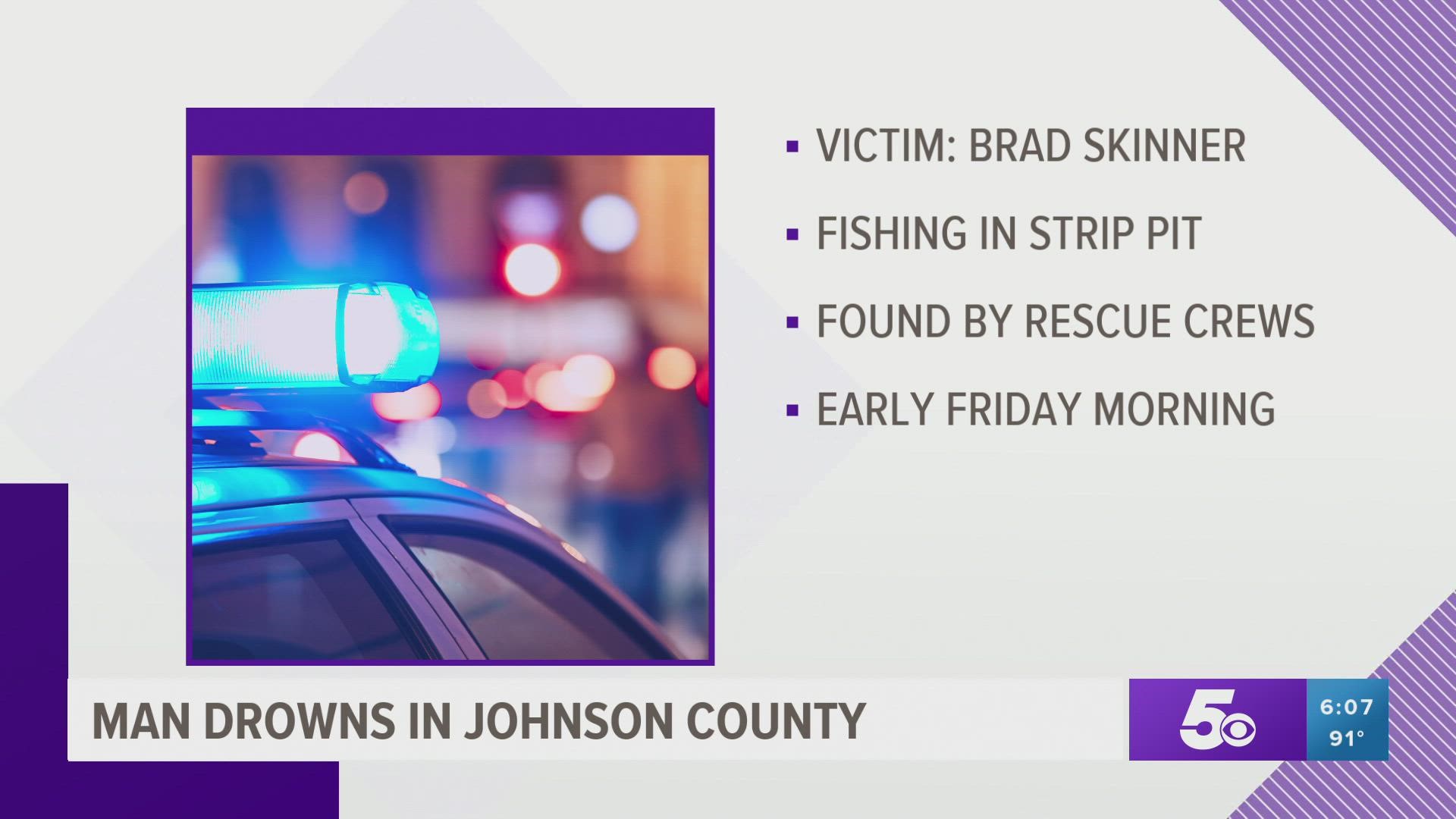 According to the Johnson County sheriff, a couple was fishing in Hunt, Arkansas, a small community northeast of Ozark, in a strip pit Thursday night. The sheriff says the man walked away to fish in a different area of the strip pit. The woman he was with heard the man fall into the water, but couldn't get to him in time.

After an hour and a half, search and rescue crews found the man, identified as 42-year-old Brad Skinner of Coal Hill.

Skinner's body was found about 30 feet from the shoreline in water that was 10 feet deep.

RELATED: Police: Missing Centerton man was killed after being run over by vehicle doing donuts in a field