James Smith was cited for trespassing at the Fayetteville City Council meeting Tuesday after he refused to put on a face mask. 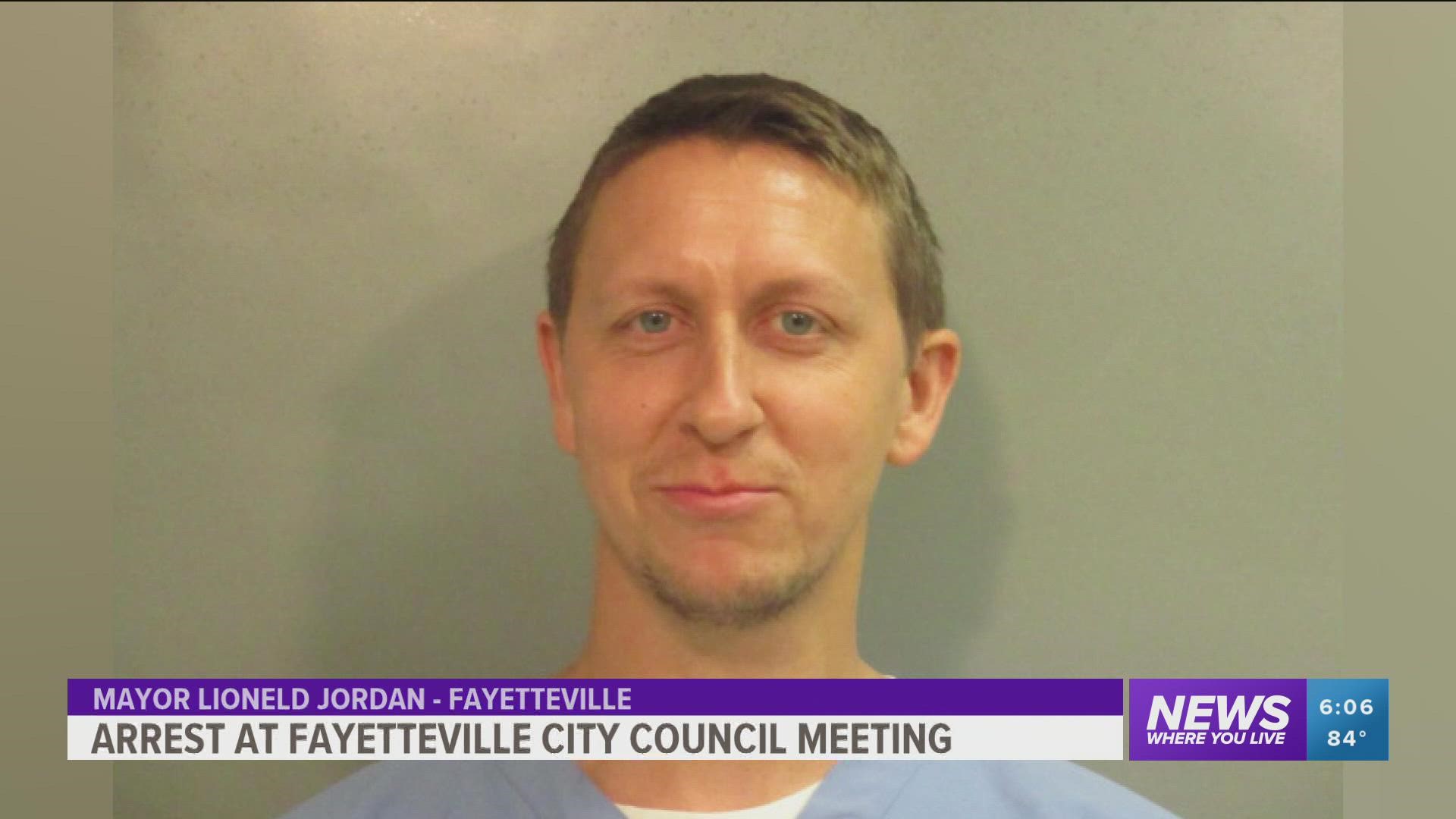 FAYETTEVILLE, Ark. — A man was arrested during Fayetteville’s City Council meeting Tuesday, Sept. 7, for criminally trespassing after refusing to put on a face mask.

During the city council meeting, a city employee told Mayor Lioneld Jordon she felt uncomfortable being in city council chambers with people who were not wearing masks. Other people asked why the city’s mask ordinance wasn’t being enforced, and the mayor said those people not wearing masks should have been kept at the door. Police Chief Mike Reynolds says he reminded people without masks of the ordinance as they walked in the door, and they refused to leave unless they were given a ticket and the mayor chose not to enforce the mask ordinance.

“I’m going to have to ask you all to leave. Everybody that doesn’t have a mask on has to leave,” Mayor Lioneld Jordan said.

The mayor says they allow people not to wear a mask if they have medical issues that prevent them from wearing one. He asked the people in the crowd, and they said they have pulmonary hypoxia, which a man says is low oxygen levels in their bloodstream. He asked those people without masks to leave the chambers. That’s when Reynolds tells James Smith that the mayor has asked him to leave.

"The mayor has asked you to leave," Reynolds said.

“Then arrest me,” Smith said.

“I’m not going to arrest you,” Reynolds said.

“That’s how I’m going to leave so,” Smith said.

“So, you are refusing to leave,” Reynolds said.

“I’m not leaving unless you enforce your ordinance,” Smith said.

Fayetteville City Attorney Kit Williams says this wasn’t the first time smith has tried to get arrested for violating the city’s mask ordinance. He says Smith isn’t a Fayetteville resident, but he would’ve been given the chance to speak if he’d followed the rules.

“If they’d worn masks they could’ve addressed us and do whatever they want to or they could’ve used the phone and zoomed in and still addressed the city council without ever having to put a mask on, so they just chose instead to violate the law to make a point,” he said.

Smith asked Reynolds to be charged with violating the mask ordinance and wants to pay a $500 fine.

Smith was arrested by a Fayetteville police officer and booked into the Washington County Detention Center for criminally trespassing. He has since been released.