The man arrested allegedly told an employee he was going to “shoot you guys up” and made gestures as if he were armed. 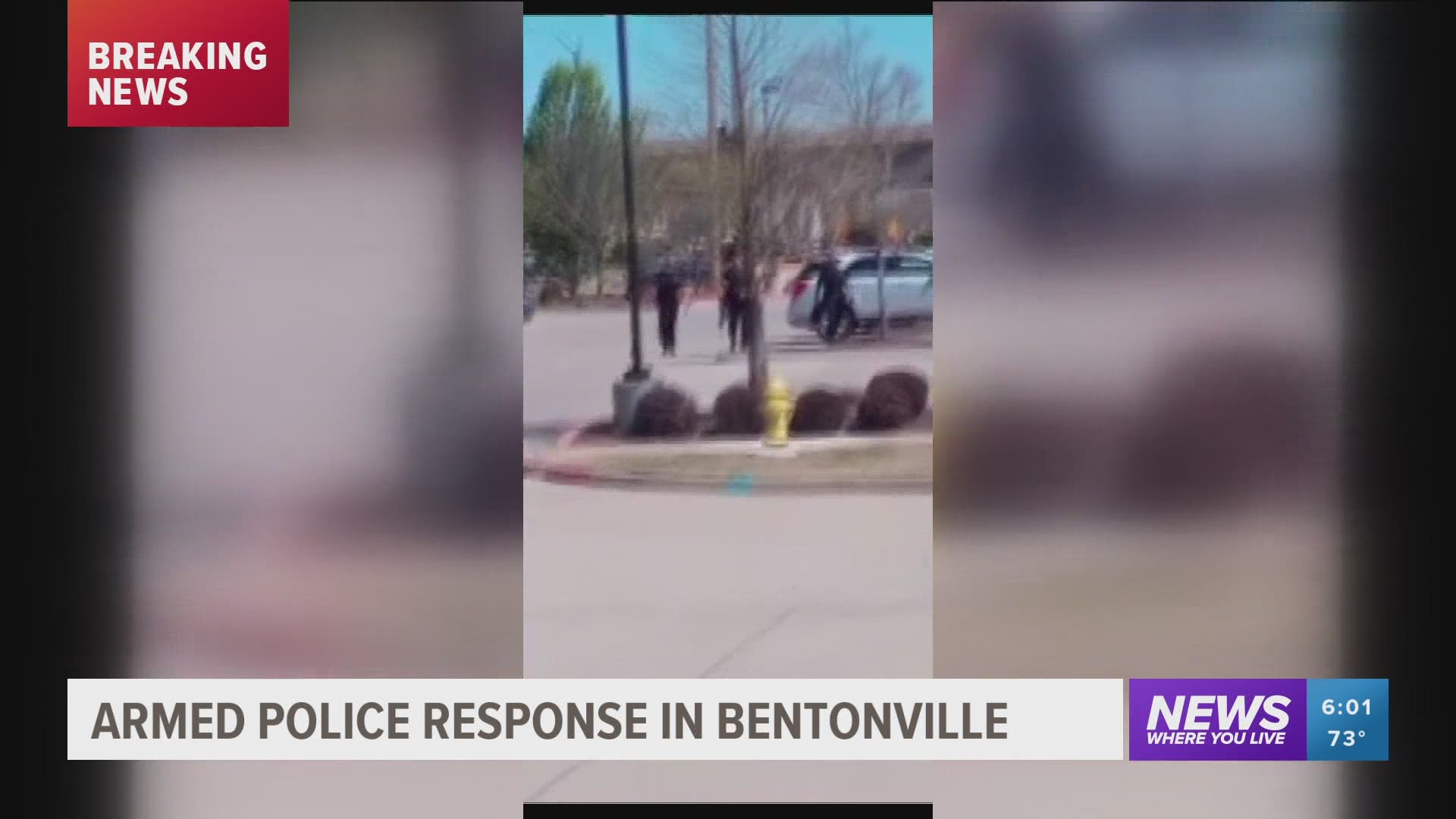 BENTONVILLE, Ark. — One person has been arrested after a disturbance in the parking lot of a Waffle House in Bentonville Thursday (April 8) afternoon.

According to Bentonville Police, around 1:30 p.m. police received a report of a person walking around in the parking lot of the Waffle House on SE Walton screaming at people.

The person in question, later identified as 29-year-old Shawn M. Carter, also allegedly told an employee he was going to “shoot you guys up” and made gestures as if he were armed.

Police say the suspect was described as being a Black male wearing a yellow shirt and green sweatpants. At about the same time as the call from the Waffle House, an employee of the Econolodge called and said the same male had been screaming outside their business and that he may also be drug-impaired.

Due to the call occurring at shift change, multiple officers responded. After officers arrived, they were directed toward the east by the reporting parties.

Several officers ran east on foot and located the suspect under the I-49 overpass.

Due to the nature of the call, Carter was held at gunpoint and given verbal commands. Police say he did not respond to the officer’s commands and was eventually approached on foot and taken into custody while standing.

Police say no force was used in the arrest and there were no injuries. The suspect was found to be unarmed.

Carter is currently being held at the Benton County Detention Center awaiting a bond and probable cause hearing for offenses including Terroristic Threatening in the 1st Degree, Public Intoxication, Disorderly Conduct and Possession of a Controlled Substance.

RELATED: Bentonville bond issues to be decided in special election