Leaders in our area say they are pleased, shocked and felt several other emotions when they heard the verdict. 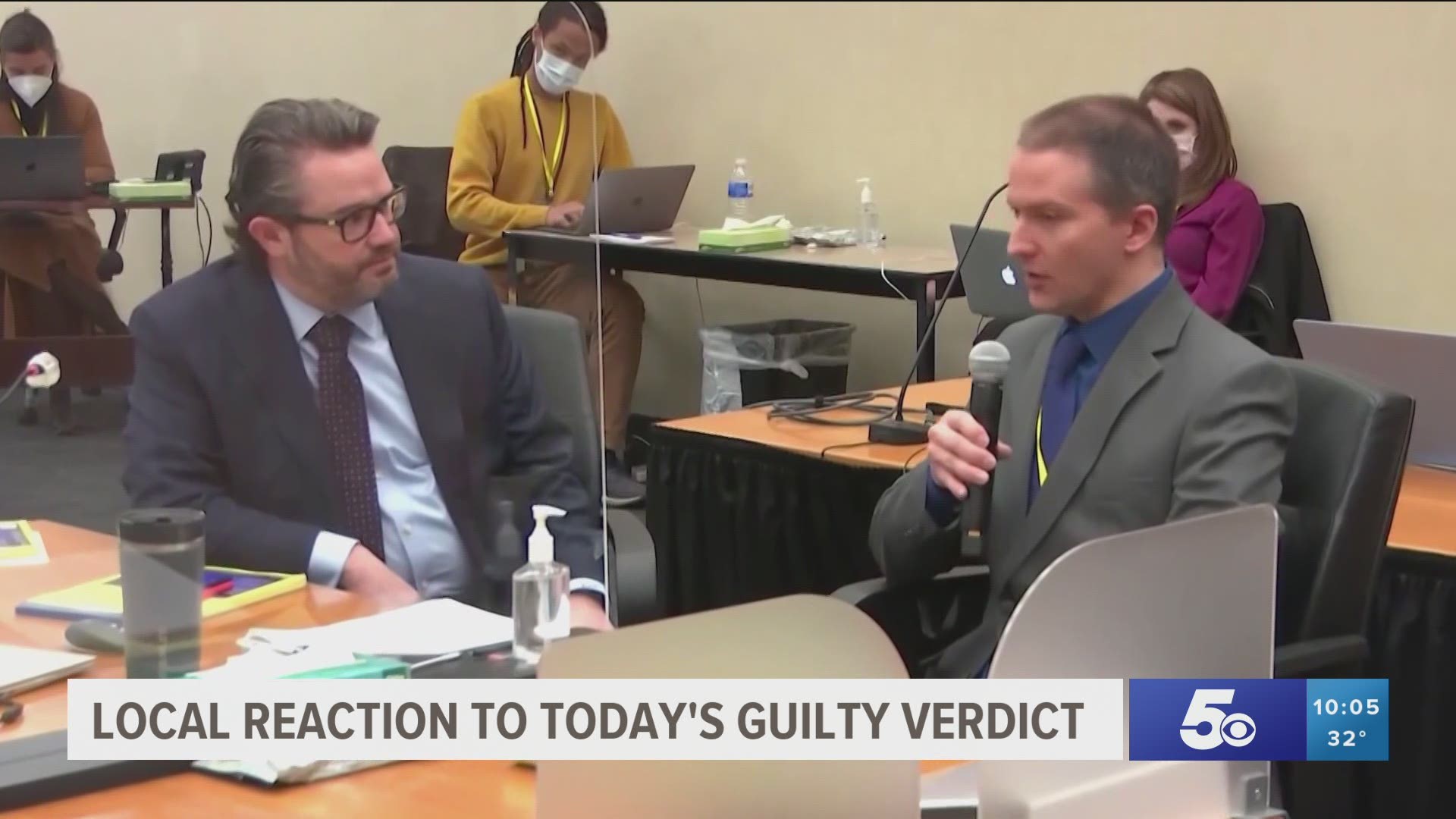 On Tuesday (April 20) Chauvin was found guilty of murder and manslaughter in the May 25, 2020 death of George Floyd.

Leaders in our area say they are pleased, shocked and felt several other emotions when they heard the verdict. Now they hope America can begin the healing process.

“I was afraid to be hopeful and I’m glad that it came out the way that it did,” said Maria Baez de Hicks, former president of the Arkansas Democratic Caucus.

Hicks says this verdict is the first step in the right direction, but certainly not the last.

“By no means do I think this means we’ve reached some sort of climax of the justice system is fixed and no we can move on," she said. "There’s still a lot of work to do.”

While the outcome of this case is something Hicks hoped for, she says it doesn't remove her fears.

“Does it make me feel better about my husband and son leaving the house and me not being able to intercede or protect or help if anything were to happen to them? No, because it can still happen to them,” she said.

Scott Hamilton with the Urban League of Arkansas says he wants this verdict to lead to more systemic changes.

“I’m an attorney myself so I do understand the case and the delicacy of what was being presented there. But again I hope that this is going to give a level of ability to have some real courageous conversations,” he said.

Aaron Clarke with the local Black Lives Matter chapter in Northwest Arkansas says there is still a need for police reform.

"They need to be taught de-escalation tactics. I think that police officers should be required to have a college degree and some type of psychology or mental awareness. I think it should be harder to be a police officer. I think you should have more training or experience,” Clarke said.

The jury deliberated for less than 12 hours before returning a verdict of guilty on all charges.

RELATED: VERIFY: What's next for sentencing of Derek Chauvin, and what the maximum penalty could be