The bill would boost the prison sentence for offenses committed against a person based on race, religion, sexual orientation, gender and disability. 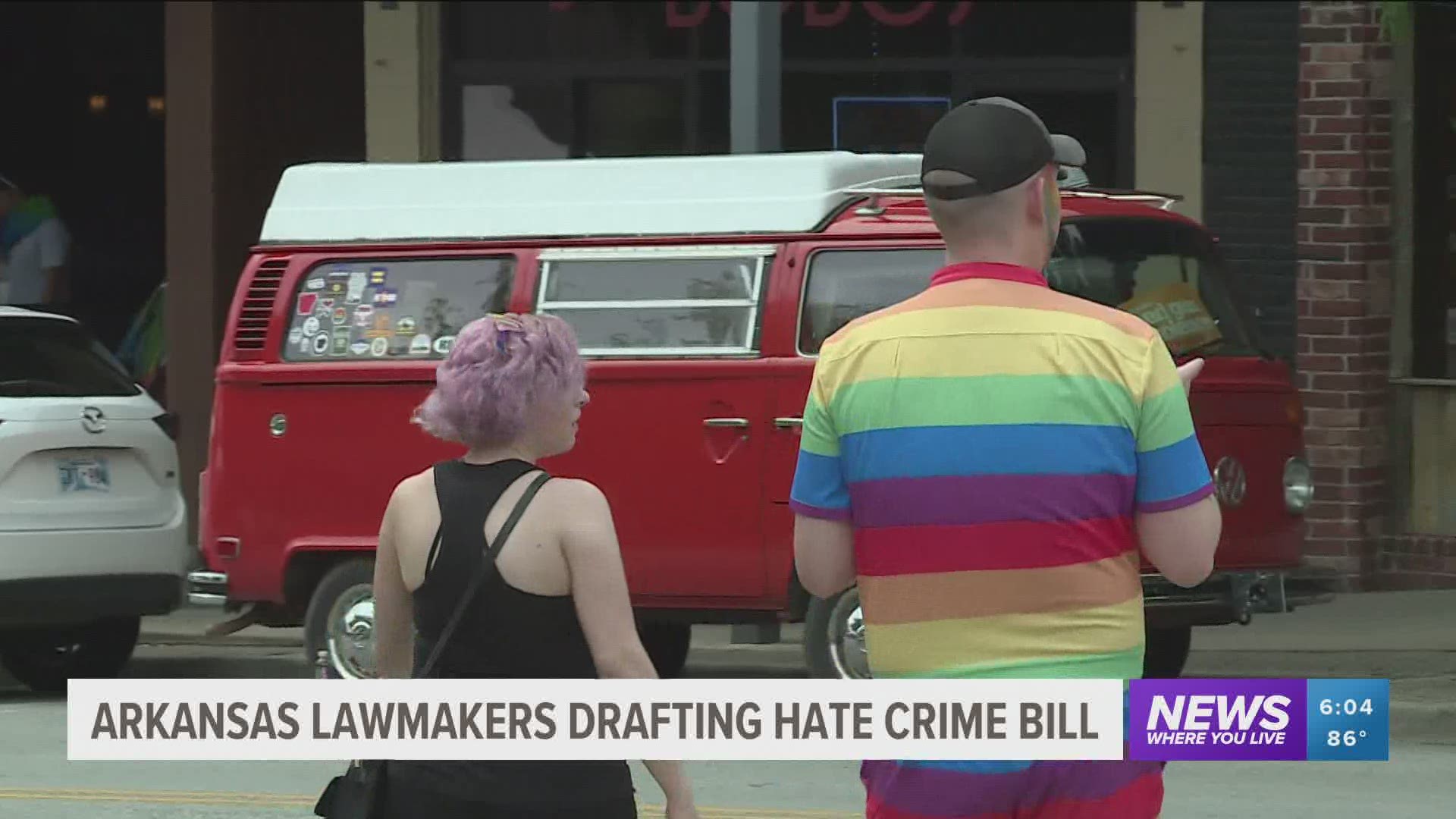 FAYETTEVILLE, Ark. — Arkansas is one of three states without a hate crime law, but two local lawmakers have drafted a bill that could change things.

One conservative group is already speaking out against the proposal

A draft of the bill proposed by Senator Jim Hendren, (R) of Gravette and Representative Nicole Clowney, (D) of Fayetteville would boost the prison sentence for offenses committed against a person based on race, religion, sexual orientation, gender and disability.

In a statement, Hendren said, “I am delaying the release of the draft in order to give my colleagues time to review the proposed legislation, provide input, and decide about sponsorship. The legislature does not convene until January so there is no need to rush members on such an important issue for our state."

Governor Asa Hutchinson mentioned earlier this week that he would support such legislation.

“We don’t want that kind of racial hatred and hate crime carried out in Arkansas without significant consequences," Gov. Hutchinson said.

Family Council, a conservative group based in Little Rock, is against the proposal.

5NEWS obtained a copy of the draft from Family Council.

“Most states around the country have so-called hate crime laws on the books. They’ve been on the books for years and they simply don’t prevent hate crimes," said Jerry Cox, Executive Director of Family Council.

Cox says the bill would do nothing to address the real problems people are concerned about such as police brutality, no-knock warrants and racial profiling.

“Rather than doing to heavy lifting of actually passing laws that make a difference, lawmakers tend to gravitate toward these laws that get a lot of attention but really do nothing to fix the problem," Cox said.

The draft also calls for the Arkansas Attorney General’s office to maintain a database of hate crimes working with state police to create the system.

“I would support that, I would sign that. I know there are some legislators working on that and I applaud them for it," Hutchinson said.

We reached out to Clowney who co-authored the bill, but she said she didn't want to comment because it's still too early in the process.