The way crimes are prosecuted in Oklahoma could soon change now that the U.S. Supreme Court ruled the eastern half of Oklahoma can be considered Native American land 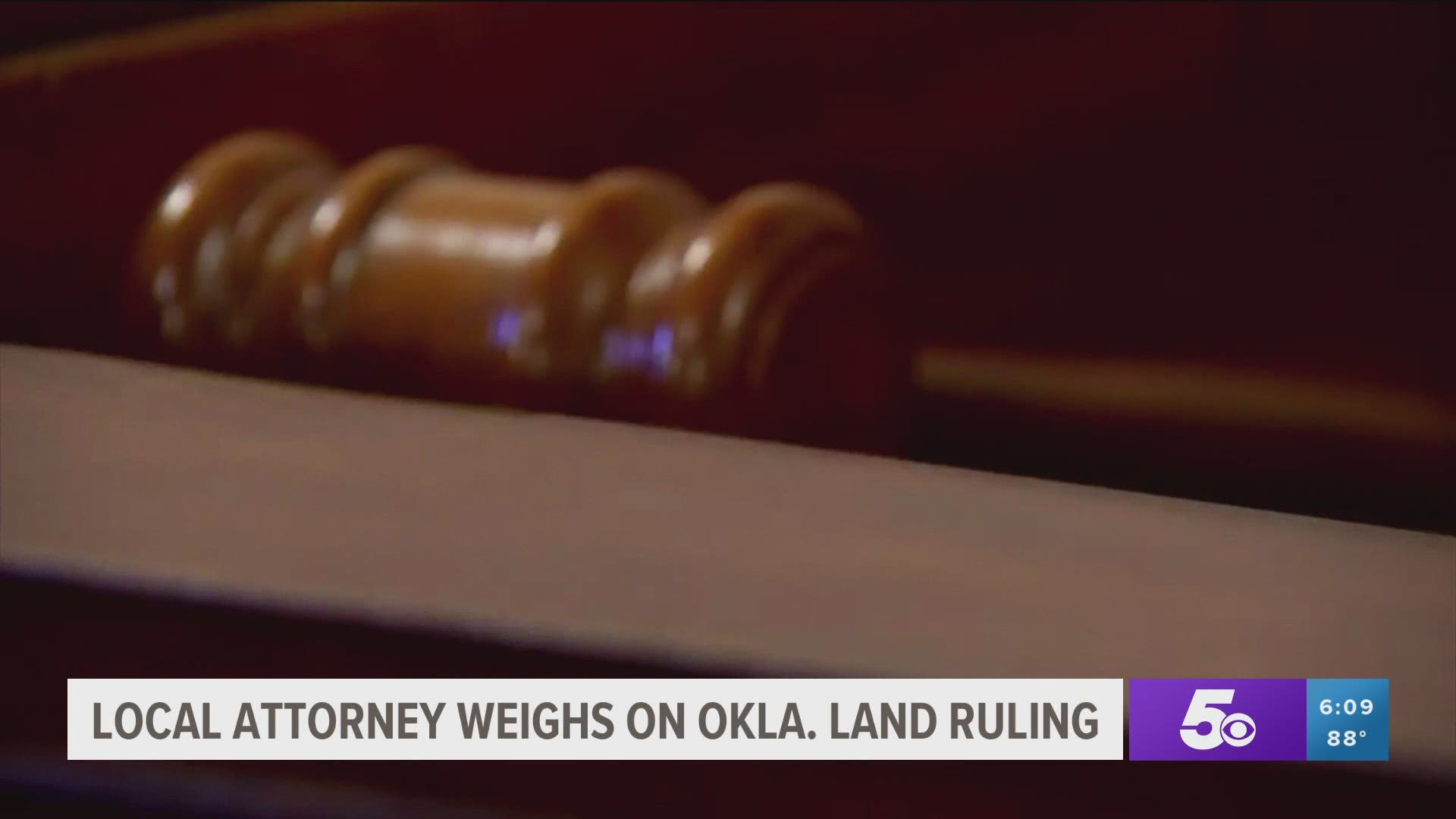 SEQUOYAH COUNTY, Okla. — The way crimes are prosecuted in Oklahoma could soon change now that the U.S. Supreme Court ruled the eastern half of Oklahoma can be considered Native American territory.

This includes LeFlore and Sequoyah Counties.

In a 5 to 4 decision, the Supreme Court ruling involved the case of Native American, Jimcy McgGirt, who was convicted of rape in 1997. He stated that Oklahoma state courts rejected his argument that his case does not belong in Oklahoma courts and that federal prosecutors should instead handle his case.

McGirt argued his case should have been tried by the federal government because the crime happened on historic Muskogee Nation land.

“As a result of that, the reservation was never disestablished it has eliminated criminal jurisdiction for the state of Oklahoma," said Oklahoma District 27 Attorney Jack Thorp.

By extension, this includes other Native American tribes in Oklahoma including the Cherokee Nation.

Thorp oversees Wagoner, Sequoyah, Adair and Cherokee Counties and says his caseload should substantially decrease, leading to thousands of more cases going before either the tribal or federal courts.

"The ruling does not mean that those who commit crimes on reservation lands won't face justice," Hoskin said. "There's no tribe that would welcome that, certainly the Cherokee Nation wouldn't welcome that."

It also means that cases involving a Native American tried at the state level could potentially be appealed and overturned.

Victims may have to relive the trauma they thought was resolved.

Thorp plans to work with the tribal and federal courts to ensure justice is served.

“Even though that strips away some of our authority to prosecute these cases, we’re not going to leave our victims high and dry. We’re going to work with them and help them work through this new system," Thorp said.

Thorp estimates that half of the nearly 800 cases in Sequoyah County alone will no longer be tried at the state level.

He believes the majority of misdemeanors will likely go to tribal courts while a substantial amount of felonies will go to the federal courts.