Crawford County Sheriff's Office Lt. gave two kids a special memory when he invited them to step out of their parents' car to try on his equipment. 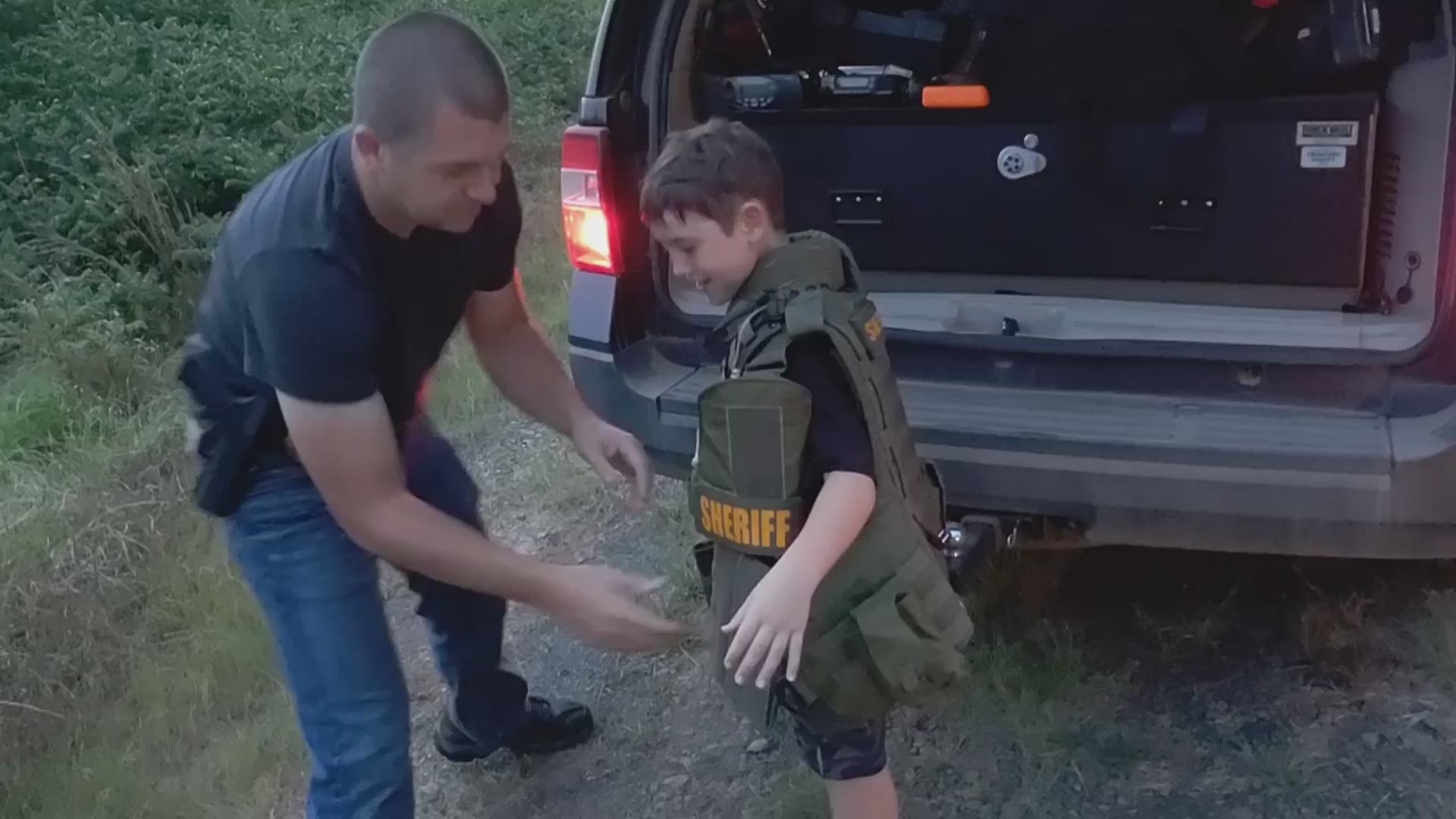 ALMA, Ark. — Lieutenant James Mirus with the Crawford County Sheriff's Office feels it is important that law enforcement take the time to invest in children and to gain their trust whenever they have the opportunity.

Mirus recently took an every-day encounter with a family and turned it into a great memory for two children that left a positive impression of police in their hearts.

“Building relationships with children in the communities that we serve is one of the most opportune chances that we have to help build the future,” said Mirus.

He saw a car pulled over off a county road, went to check the situation out, and after talking briefly to the parents in the car, the children in the car began interrupting for his attention.

Case, 8-years-old, stuck his head out of the window and said with an adoring smile, “Do you have any stickers? I love the police.”

When Mirus was asked how it makes him feel when a kid tells him that they love police, he answered, “When a small child comes to us and immediately exclaims that they love police, it is an overwhelming feeling. In times such as this, knowing that in the eyes of a child the police are real-life heroes often reminds us why we do what we do. The highlight of any law enforcement officer’s day is knowing that we made a difference in our communities. Having a positive interaction with the children of our community helps set a precedence for future interactions and helps them in knowing that the police are the good guys.”

Mirus is a natural with kids, as he and his wife have four of their own and a fifth one on the way, so he was happy to give these kids the attention they craved.

Case and Abi, who is also 8-years-old, were grinning ear to ear when Mirus invited them to get out of the car to check out his cruiser and equipment.

He let them hold his badge and try on his outer-vest, swat vest and helmet as he explained how it worked and what it was used for, and the kids hung on his every word.

They were awestruck by him, the interest he showed in them, his equipment and the fun facts he shared.

Mirus talked to the kids about his own four children and related to them by telling them that his kids love Paw Patrol, which humanized him.

“Relating their likes and dislikes to our own children helps us foster trust between children and law enforcement, which can lead to continuous positive interactions as they progress in age.”

It was a wonderful interaction that helped the kids see law enforcement officers as protectors who want to keep them safe.

Kids have no filter, and Case innocently asked Mirus, "Is it true that cops eat junk food and doughnuts all of the time?" He really wanted to know. Lieutenant Mirus smiled and said he is not a big fan of sweets or doughnuts.

Mirus feels that interaction with the public, in general, is one of the greatest aspects of his job.

“Seeing the look that we as law enforcement get from a child is heartwarming. It is obvious that among our community there is still an outpour of support, not just from the children but their parents,” Mirus said. “The parents are still encouraging positive relationships with local Law Enforcement, and in times such as this, we could not be more thankful.”

RELATED: Van Buren boy asks 'Alexa' to call the police just to say hi but gets a surprise visit