Police say the man driving on a dirt road when he hit a patch of the road that had been washed out by recent rains. 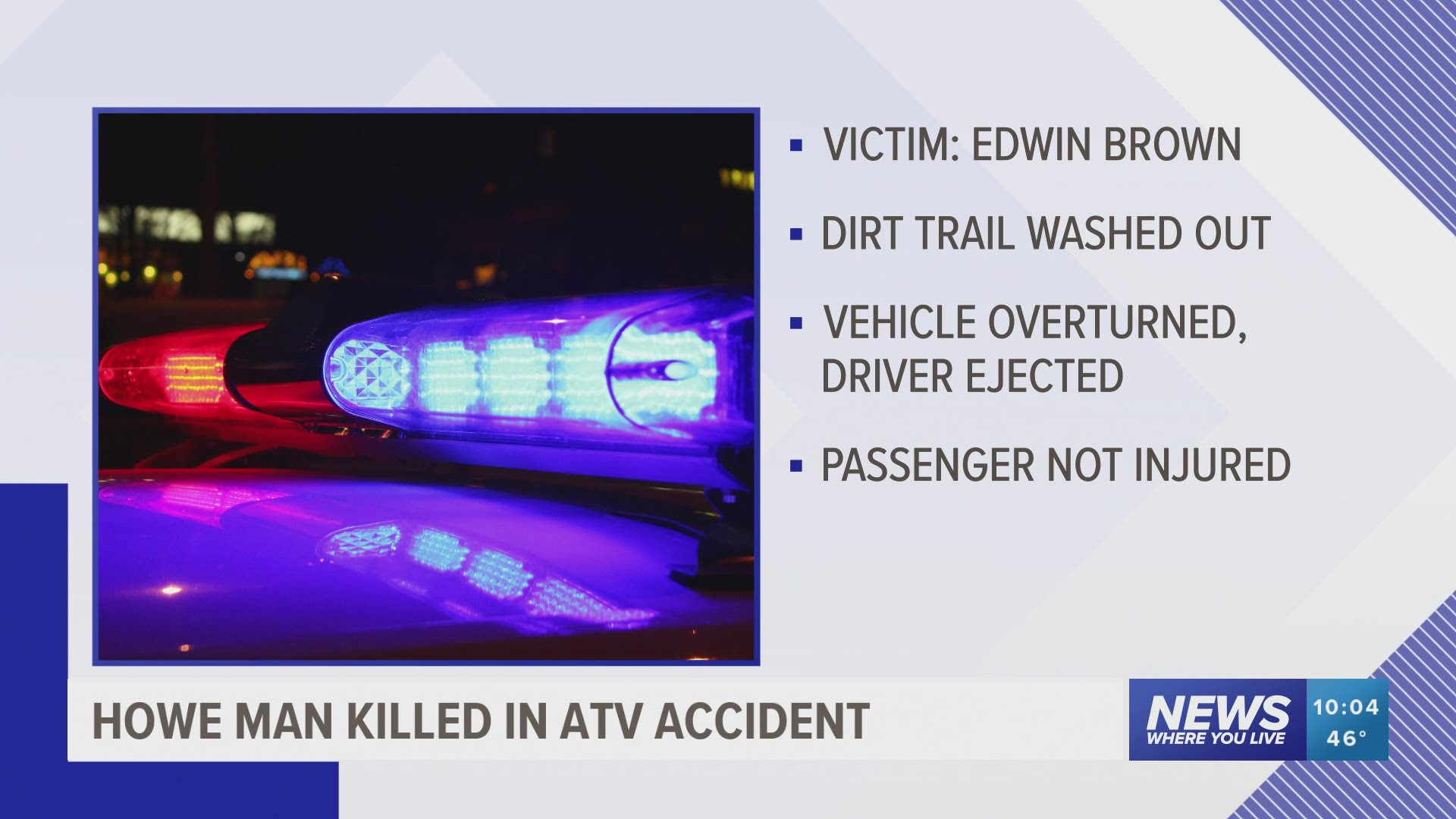 According to Oklahoma Highway Patrol, Edwin Brown, 63, was driving the vehicle on a dirt road 3.7 miles east of Heavener when he hit a patch of the road that had been washed out by recent rain.

Police say the vehicle flipped twice, ejected Brown and then landed on top of him.

OHP says there was a passenger in the ATV, but they were not injured in the accident.