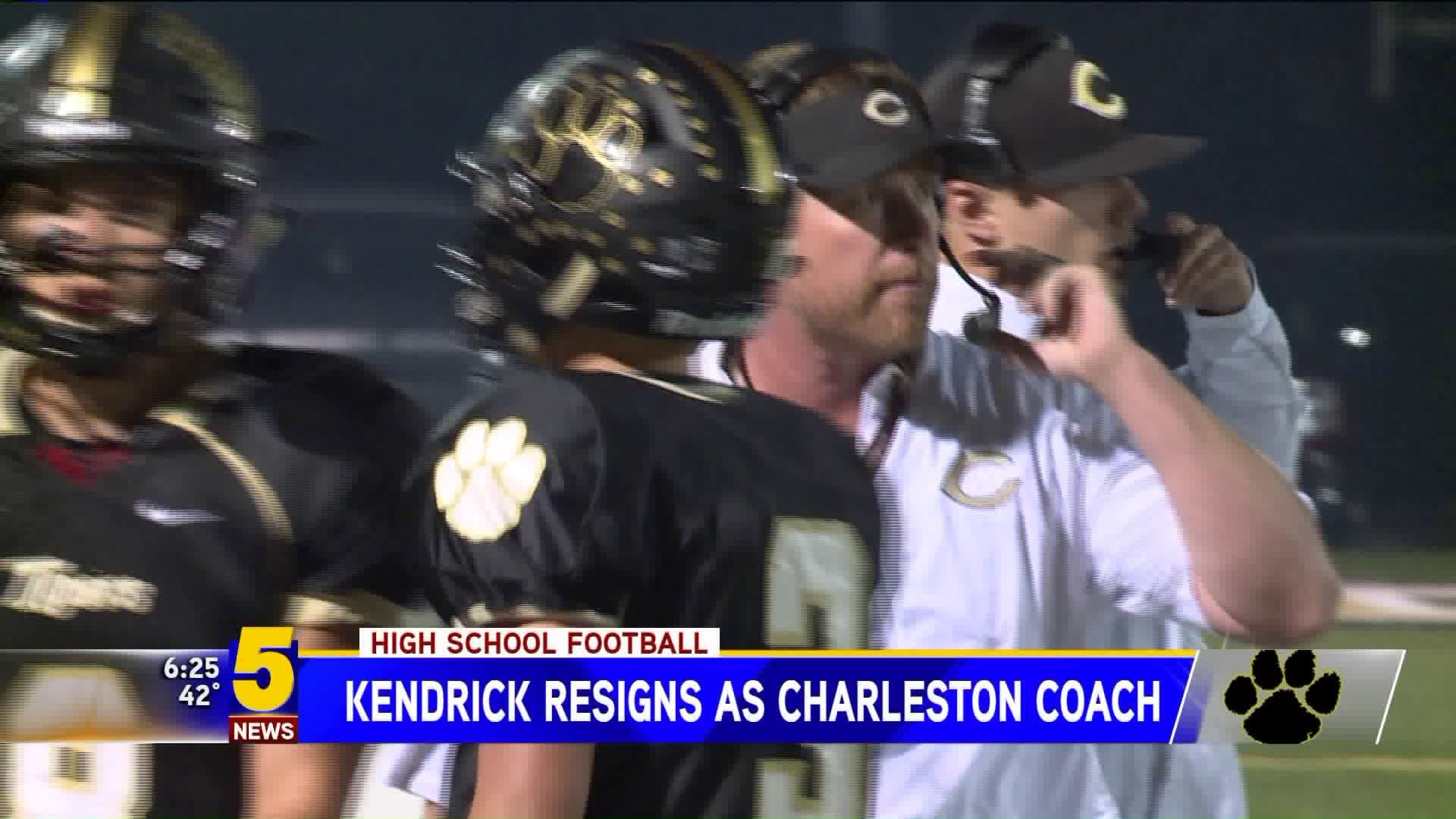 CHARLESTON (KFSM) - There have been few coaches who have had the success in the past six seasons that Greg Kendrick has had at Charleston but now the Tigers must find a new head coach.

Kendrick informed his coaching staff of the move on Thursday afternoon.

"Pending approval by the Alma School Board, Coach Greg Kendrick will be the new Offensive Coordinator for the Alma Airedale Football Team," Alma schools stated in a press release.

The Tigers went a perfect 29-0 and won the 3A state championship in 2013 and 2014, the first two seasons that Kendrick was the head coach. He led Charleston back to the finals in 2016.

“We are extremely excited to welcome Coach Kendrick to the Airedale Nation” said Dr. Mike McSpadden, Assistant Superintendent at Alma. “He has won a total of six State Championships as a Head Coach or an Assistant Coach at three different schools.” “He is a quality person who will be a positive influence on our Student-Athletes, both on and off the field.”

Alma's search for a new offensive coordinator was a short one after Chris Gunter left the post on Jan. 21 to become the head coach at Beebe.