Springdale native Josh Fohner spent 15 months in a coma after being hit by a car in Buena Vista, Colorado. After extensive rehab, he's made the trip back home. 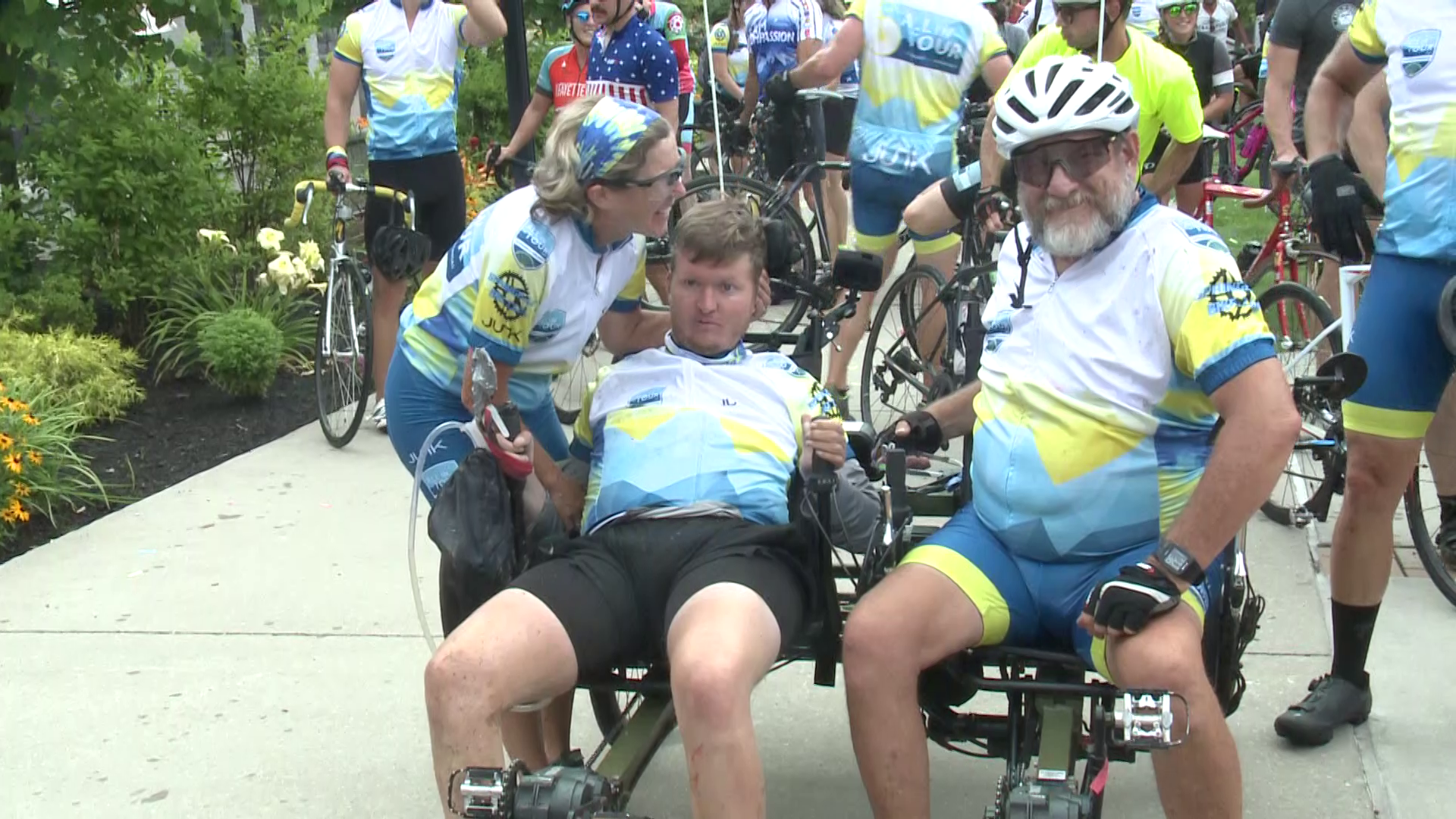 SPRINGDALE, Ark. — Josh Fohner, a Springdale, Arkansas, native, was hit by a car while riding his bike in Buena Vista, Colorado, in September 2016. He was in a coma for 15 months and suffered a traumatic brain injury. Since then, he’s worked hard to rehabilitate his body for this moment…a 900-mile bike ride.

Despite all odds, Josh Fohner has made history.

Mike Fohner said he doesn’t anything could ever top today.

“The reason we’re out here today is to celebrate Josh finishing a bike ride from Buena Vista, Colorado, to Springdale,” he said.

The 21 days, 908-mile bike ride started as a conversation between a dad and his son 3 years ago.

“I said, you know I'd like to ride my bike to raise a little money for some therapy for you," Mike Fohner said. "And a couple of days later, he says I think I want to ride to, he’s tapping this out. So I thought me doing a ride was like impossible, like I’m going to do something crazy. When he said he wanted to ride, it was like off the charts."

So the pair quickly got to work to make a dream become a reality. And for the last year and a half, they’ve been training and getting the right gear to start the race, a task that Mike Fohner says wouldn’t have been possible without the community.

“Everyone was really pumped the whole time. It was like, 'Hey, we’re doing this.' It’s really happening,” he said.

And those that have ridden alongside Josh throughout the journey say they can still remember training around Lake Fayetteville. They told 5NEWS to reach the finish line today was a feeling like no other.

“It’s been close to the heart. We’ve been very blessed to be a part of it. We had no idea that it would go this far. And so now we're here 900 miles later, and Josh is about to cross the finish line,” said J.C. Pruden, one of the cyclists who rode with Josh.

Towards the end of the race, cyclists and community members came together in downtown Springdale to celebrate with food, music and fellowship.

Headbands were sold at the event today to help raise money for Josh to buy a new van so he can continue to make history.

RELATED: 'He inspires me to run faster': Blind runner and running guide team up in NWA