Even though Biden was in the middle of a campaign, he didn’t want publicity about his trip to see wounded Houston Police Officer Taylor Roccaforte. 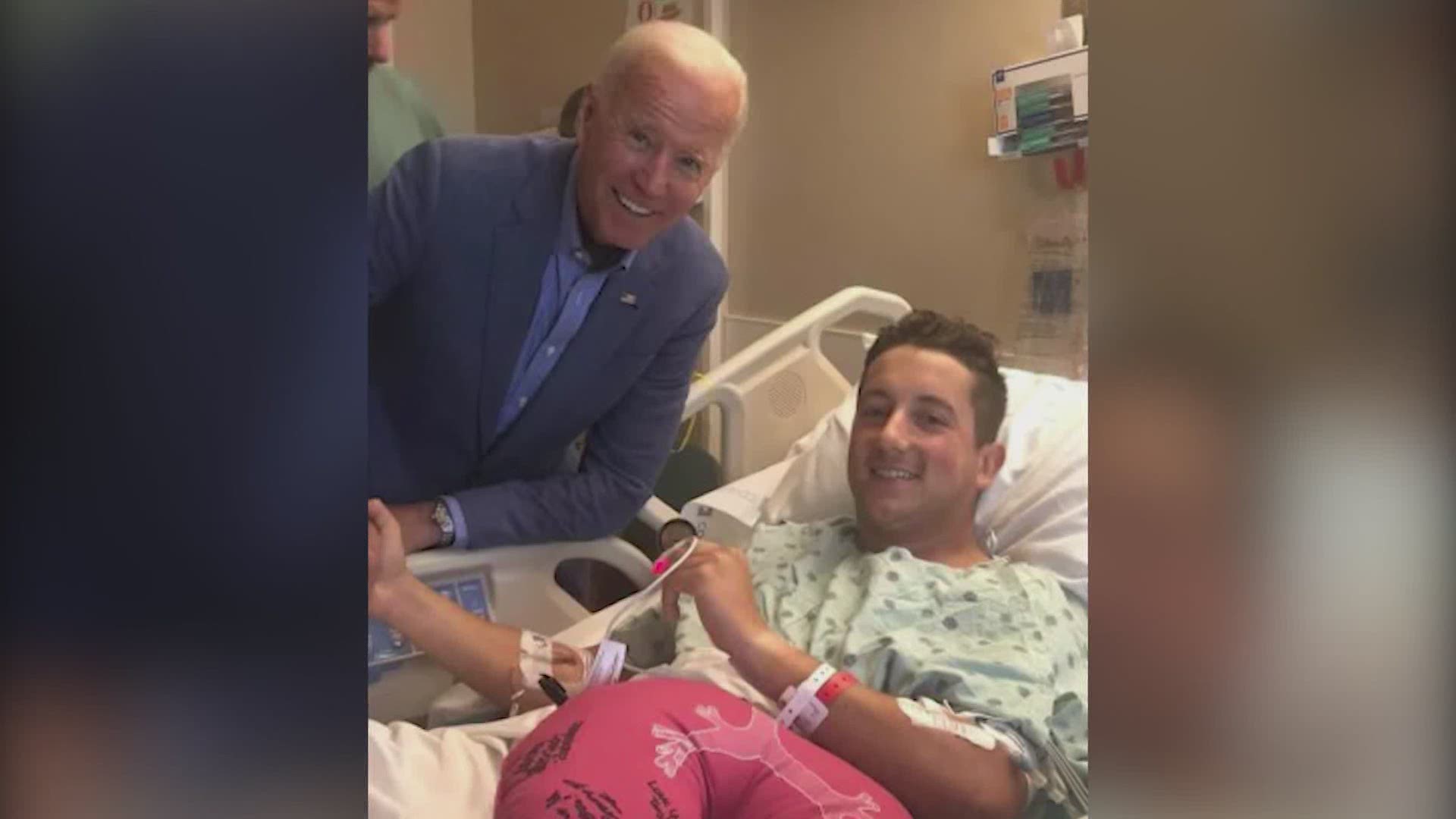 HOUSTON — September 12, 2019 was a dark day for the Houston Police Department. One of their officers was shot with his own gun after a robbery suspect wrestled it away.

Officer Taylor Roccaforte, then 29, was rushed to Memorial Hermann Hospital with three bullet wounds to his chest, stomach and torso.

"I was so fortunate that night in such an unfortunate situation, I knew I was coming close to death," said Roccaforte. "My surgeon told me I was within 2 minutes of bleeding death, went through a miracle surgery and he saved me."

Then-candidate Joe Biden heard about the shooting because it happened shortly after he took part in the presidential debate that night at TSU in Houston.

“If you think it would be helpful to his spirit and recovery, I would like to visit him at the hospital. No media. I simply want to lift his spirits,” Biden told Acevedo.

"My dad woke me up and said hey Vice President Biden is coming to see you," said Roccaforte. "I said really? I was on a few different meds so wasn't sure I understood."

Officer Taylor Roccaforte just text these two photos and asked me to share them.

Later that day Biden walked into his hospital room.

"I could tell he was genuinely interested in seeing me, interested in my service and what caused me to get hurt," said Roccaforte. "We talked about hardships we've gone through in our life and being forever grateful for life. It was very surreal."

The chief said Roccaforte, his family and the hospital staff were touched by Biden’s visit.

Pres. Biden made a secret visit to @houstonpolice Ofc. Taylor Roccaforte after he was shot, almost killed on a robbery call.

Roccaforte believes that says a lot about @POTUS

“The visit took place during a campaign, yet not a peep of the visit went public. The officer, his family, & hospital staff were all lifted by the visit,” Acevedo said in a tweet. “I share this today to illustrate the decency of the man who we now call Mr. President, although he prefers to be called Joe.”

Officer Roccaforte says the fact no one knew of the secret visit for so long speaks volumes about the 46th President.

"It says a lot about the event that happened and what a genuine event it was," said Roccaforte. "In politics things are always done for political reasons, but this was something done out of the generosity of someone's heart."

Officer Roccaforte recovered after multiple surgeries and was able to walk out of the hospital the week after he was shot.

"The shooting changed my life forever and everything that about is forever a part of me," said Roccaforte.

Roccaforte's partner shot and killed the gunman, one of four suspects in a violent crime spree that night in southeast Houston. In between two carjackings, police say they beat and robbed a priest, then tried to shoot him while he was on his knees praying for mercy. The suspect’s gun didn’t go off and the priest survived. 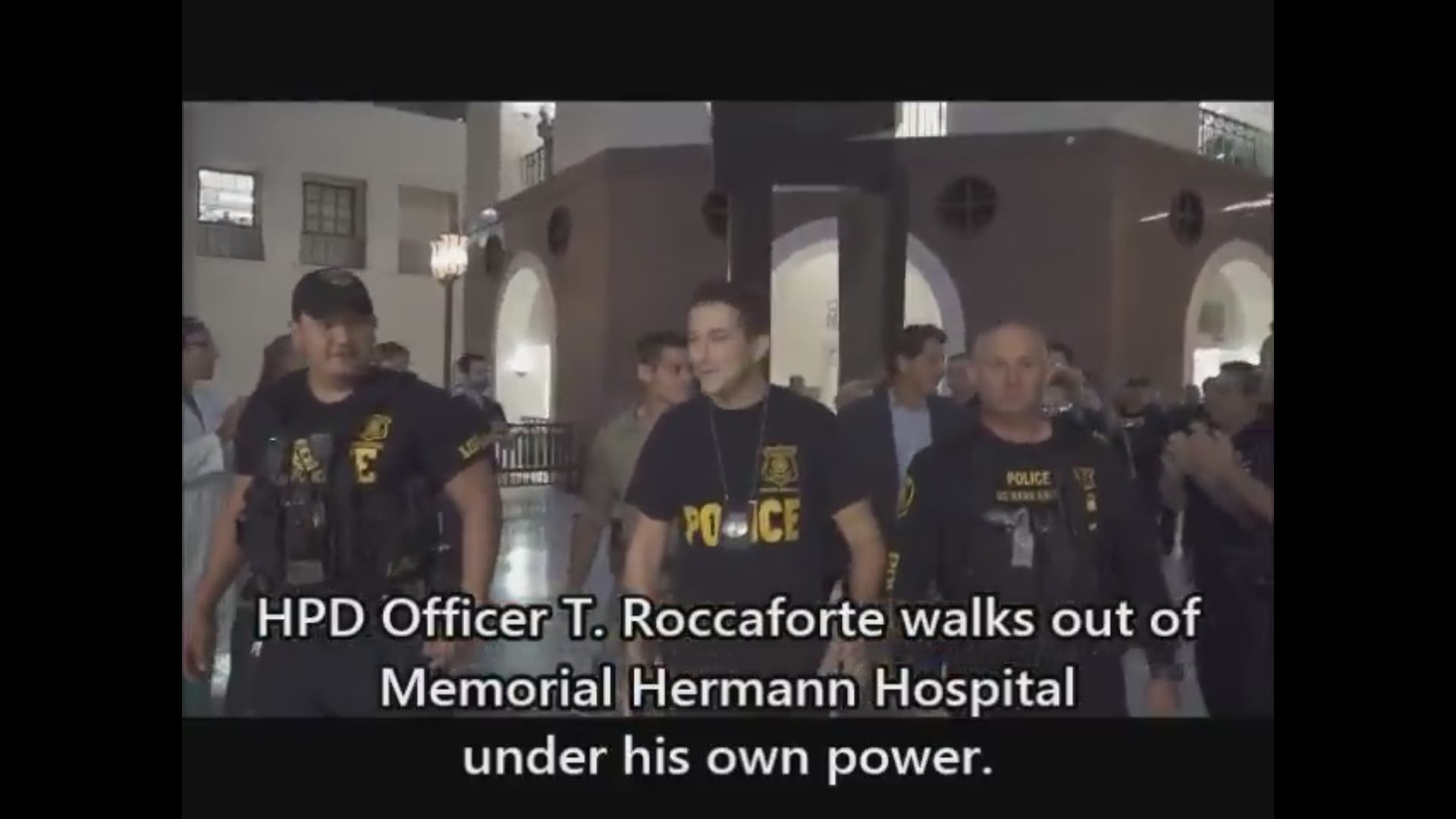