Sandra Ruiz, 40, and Francisco Durin, 35, of Rogers were in the vehicle with their children driving home from a day trip to Branson when they crashed. 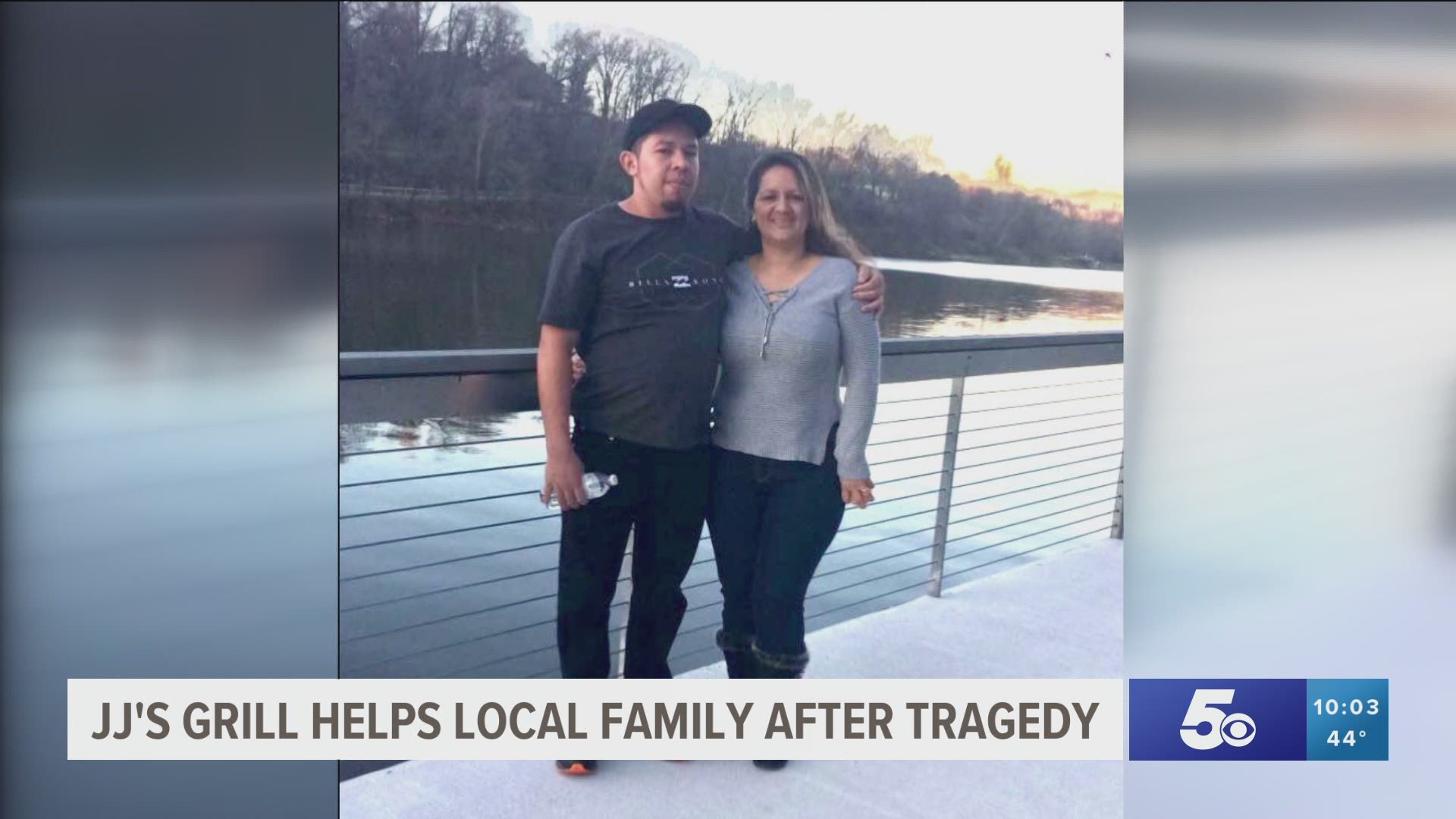 FAYETTEVILLE, Ark — One local restaurant is raising money after two of its employees, a husband and a wife, both died after a tragic car crash.

JJ’s Grill is coming together to raise funds after two of their long-time employees died after a tragic car accident.

The wreck occurred on Sept. 28 near Harrison, Arkansas.

Sandra Ruiz, 40, and Francisco Durin, 35, of Rogers were in the vehicle with their children driving home from a day trip to Branson.

Sandra died at the scene and after spending nearly a month in the hospital, friends say Francisco died on Monday (Oct. 23).

All of their children survived the crash.

Sandra and Francisco were employees at JJ’s Grill in Fayetteville and helped the owners open other locations over an eight-year period.

Owners Jody and Myriah Thornton said the couple was a part of their family.

“They came to work,” Jody said. “They did what they were supposed to do. They worked hard. They wanted better for their family and for their kids.”

Now, the JJ’s family is working to support Sandra and Francisco’s loved ones through this time of need.

“That is what we have tried to show their family,” Jody said. “That in your time of need we are going to be here because you have been here for us day in and day out for years.”

A GoFundMe has been created to raise money for medical and funeral expenses for the family.