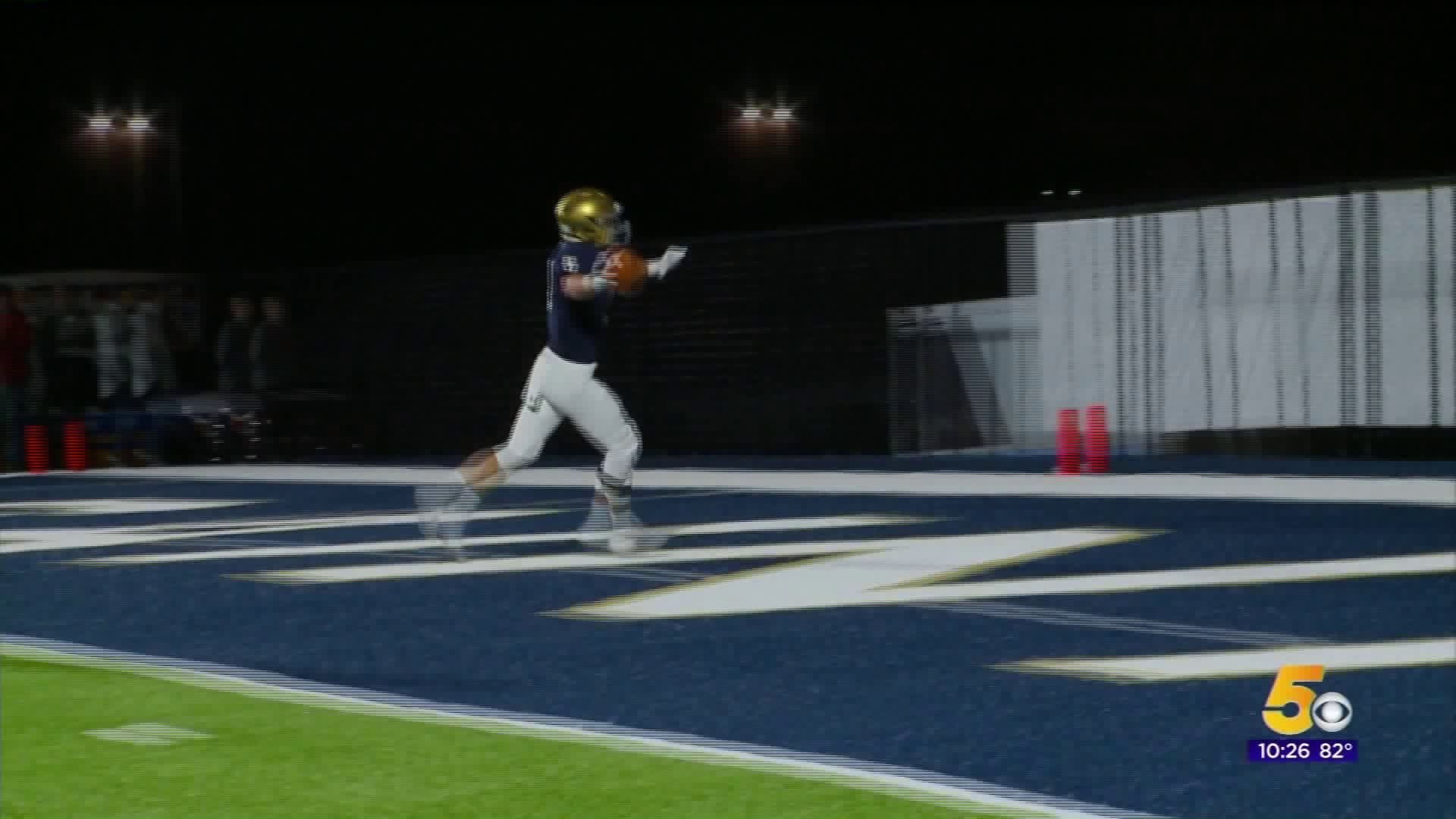 SPRINGDALE (KFSM) - Every year on the fence guarding the south endzone of Champions Stadium, Shiloh Christian hangs posters featuring each member of its senior class. Currently there are 24 banners on the fence, a new school record.

"The thing that sets this group apart is just the closeness," head coach Jeff Conaway said. "A lot of these guys have played and went to school for a long long time together."

Now that is the case with most small schools, but there’s a reason the coach feels especially connected to this class.

"When I got here as the head coach, these guys were just finishing up their sixth grade year," recalled Conaway. "There were a few young men in that class that I’d previously known when I was here the first time."

And that group of guys has just grown in numbers since Conaway returned.

"As far as Shiloh goes we’re such a big class. I mean we’ve got 24 guys," boasted senior Walker Williams.

"It's extremely unique, and also the fact that there’s so many of us but we all play a lot too. So it’s a lot of leadership on the field," explained quarterback Eli Reece.

"I think from that junior to senior season, there’s another step of maturity that takes place," added Conaway. "We like to say that we have 24 coaches on the field."

"A lot of us have been together since kindergarten so we know each other pretty well," added Williams. "And anybody who’s new coming in, we’ve welcomed everybody pretty well I’d say."

"We’ve all grown really really close, I mean we take senior trips with us, that’s what we did over this past offseason. We spend a lot of time with each other even outside of school," Keaton Carter said.

Shiloh Christian is 2-0 and plays its second road game of the season at Beggs, Oklahoma on Friday night at 7:00 p.m.