JBGB has been closed for over a year now, but owners recently said they plan to reopen after the remodel is done later this year. 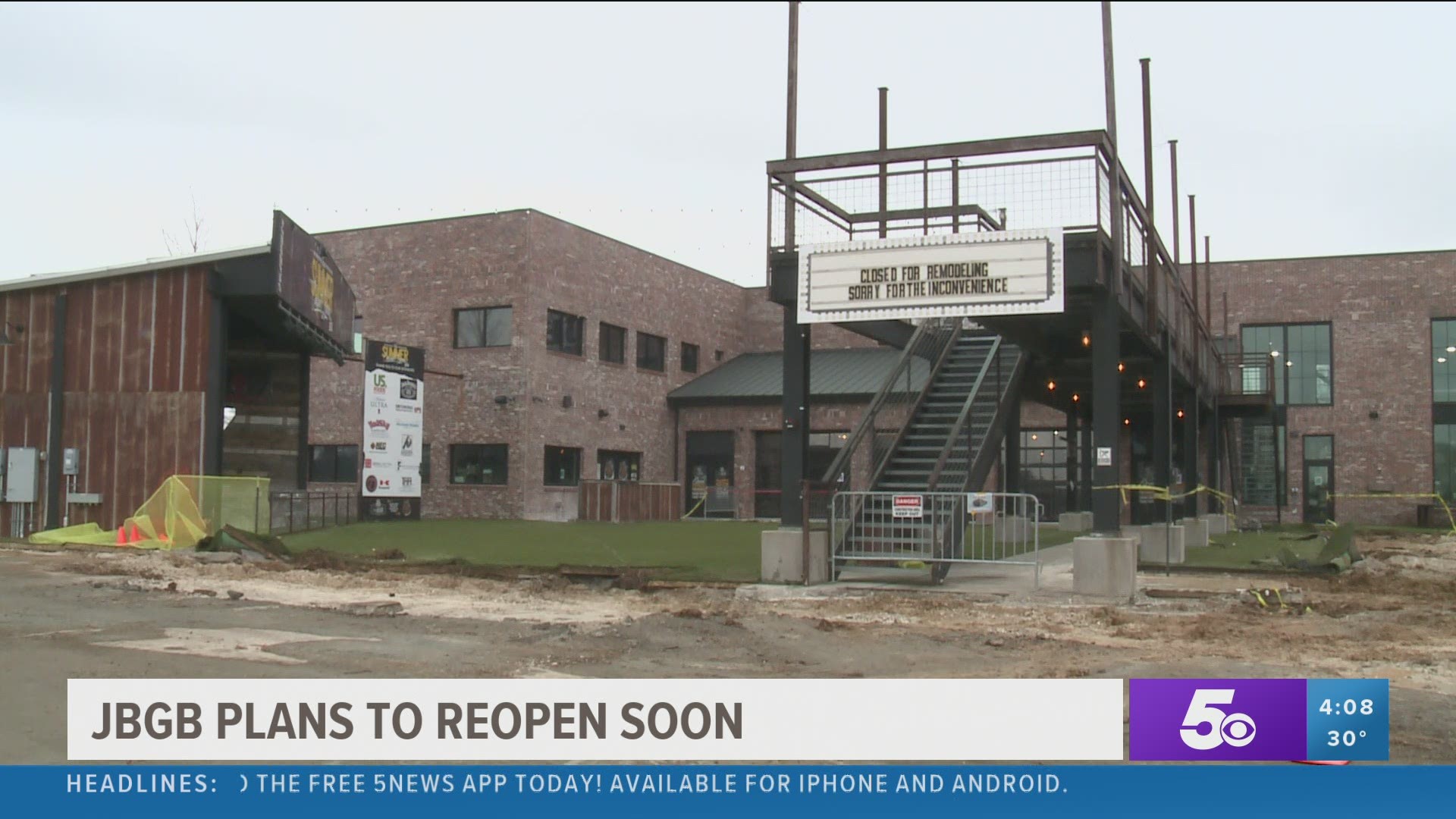 FAYETTEVILLE, Ark — A popular summer concert venue and restaurant in Fayetteville closed its doors in the fall of 2019 for remodeling. When the coronavirus pandemic hit, it forced them to keep their doors closed for longer than expected.

JJ's Beer Garden & Brewing Co., also known as JBGB, has been closed for over a year now, but on Tuesday (Jan. 26), the JJ's branch announced that they are now remodeling and plan to reopen the venue in a post-pandemic world.

“All of the things about it being closed were rumors," said Jody Thornton with JBGB. "We never said we were closing or had intentions to close."

Thornton says the restaurant and summer venue closed months before the pandemic for remodeling, but Covid-19 put a pause on their plans, a pause that caused JBGB regulars to really wonder about the future of the restaurant.

Thornton says as many thought its doors were closed for good, that was never the plan.

“The plan has kind of been as we waited through covid was to make sure number one that all the businesses would be okay and number two was finding a time when we would be close to the pandemic being done,” he said.

Plans are for JBGB to re-open in the late summer of 2021, with some concerts already being planed.

Even though they are waiting to open in hopes of the pandemic being under control by mid-year, Thornton says JBGB is prepared to operate under Covid guidelines if not.

MAG Capital Partners acquired the JBGB property in a sale-leaseback-structured transaction in January 2021. The acquisition will fund the future expansion of the JBGB restaurant and venue.