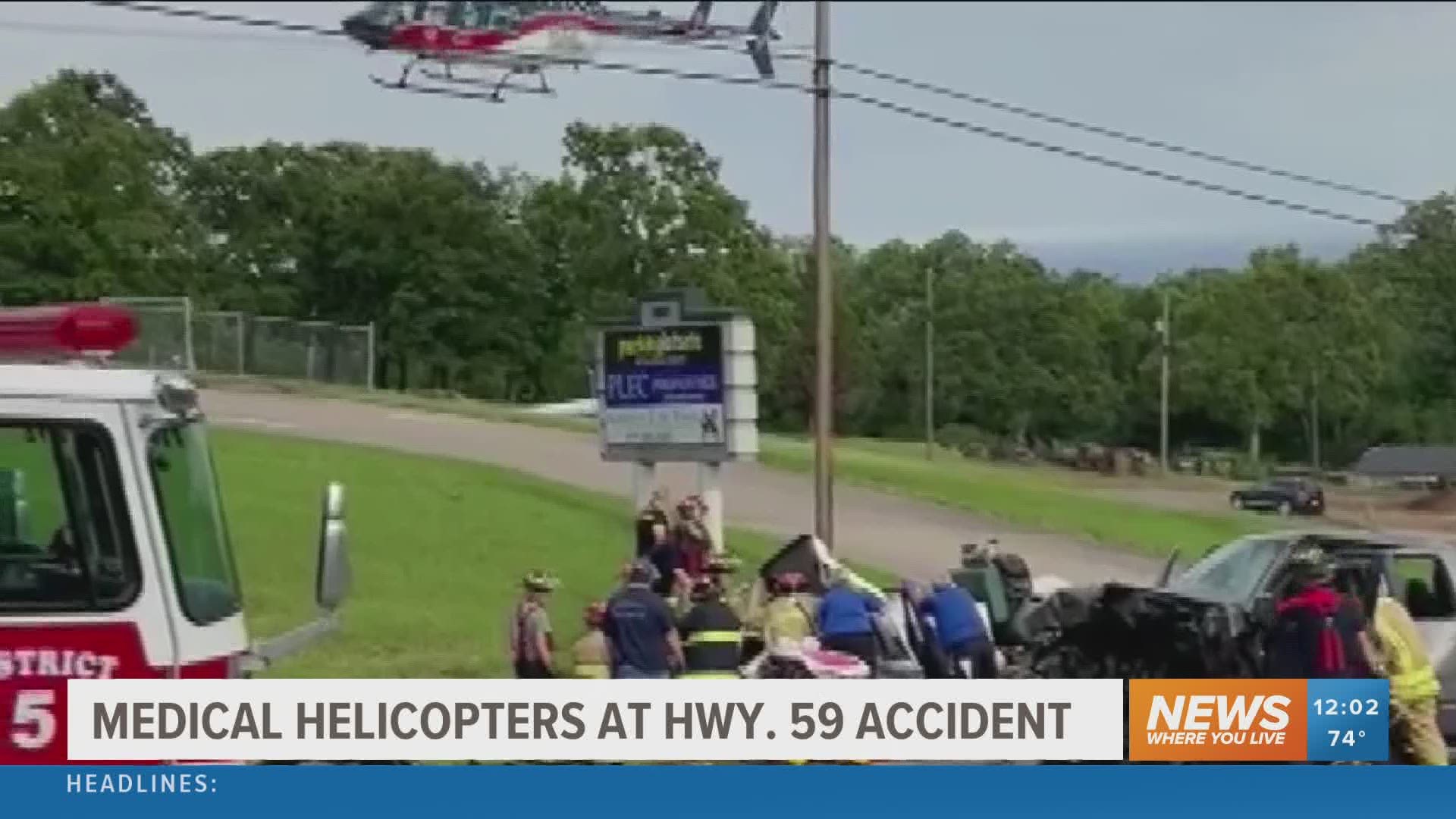 VAN BUREN, Arkansas — The jaws of life were used to get both drivers out of their cars after a horrific crash happened on Hwy. 59 north of Van Buren Monday (June 21) night.

Medical helicopters were called in. The cause of the accident and the names of those involved have not yet been released.

Updates will be provided as new information becomes available.

Images of the scene taken after the accident: