An investigation is underway, and detectives are interviewing several witnesses at this time. 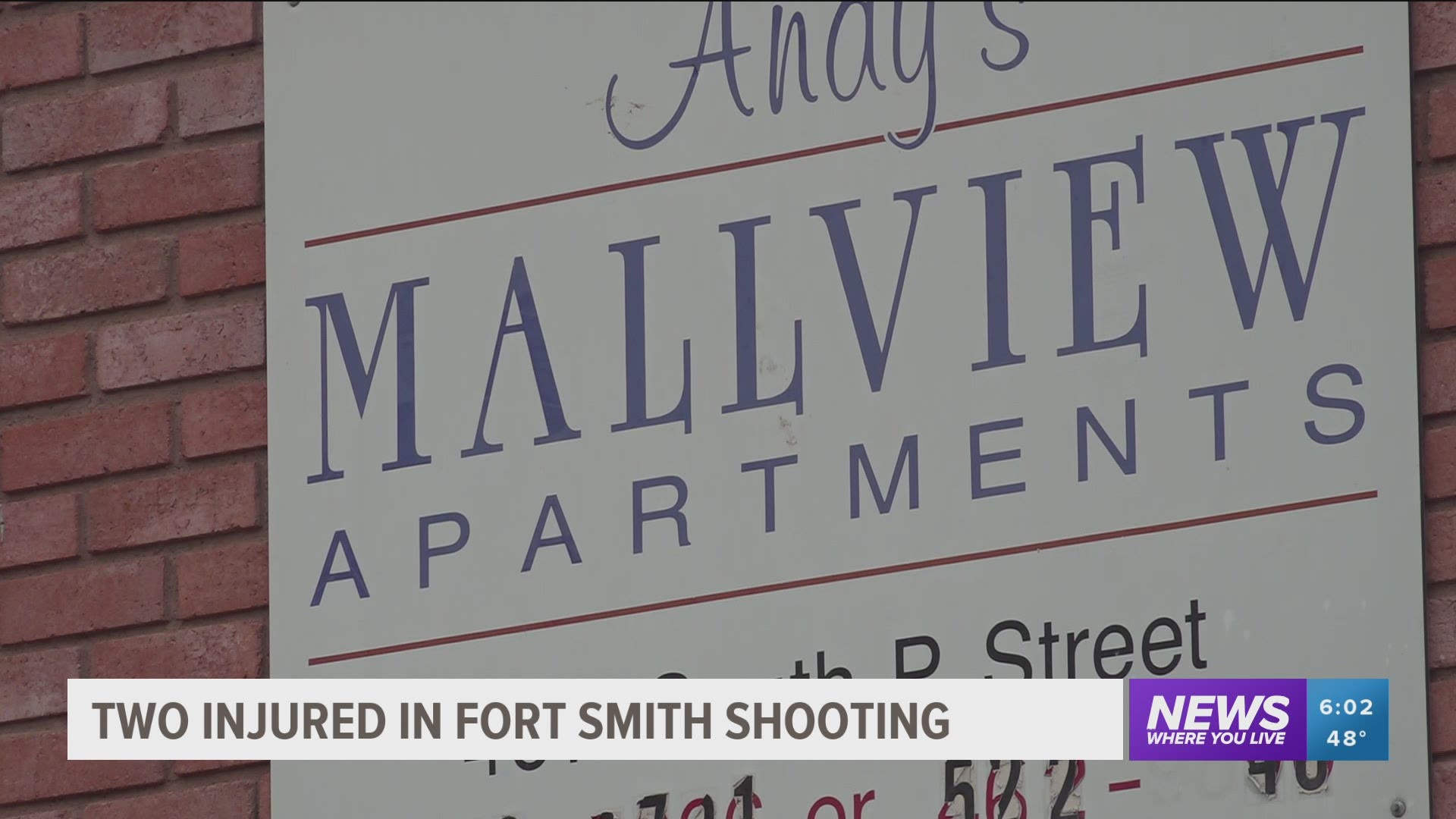 FORT SMITH, Ark. — Fort Smith Police responded to a shooting at an apartment complex in the 4600 block of South P Street Thursday (April 15) at around 10 p.m.

When police arrived, a 21-year-old male was found with a single gunshot wound and was taken to a local hospital for surgery.

While en route, police were notified of another gunshot victim who was dropped off at a local hospital emergency room by a private vehicle.

Devon Kimbley, 25, has been arrested in connection with the shootings. He faces a charge of aggravated assault with a firearm.

Police say Simon Plank was arrested Monday (April 19) in Pocahontas, Arkansas, on an outstanding warrant. They were searching for Plank to ask him about the shooting.

The victim was an 18-year-old male and sustained multiple gunshot wounds. Police say both victims remain in serious condition.

“We started hearing the shots and it got really scary. We come outside and it’s two shootings,” said Juan Mendca, a nearby resident.

Those who live and work nearby say they are in shock.

“It’s shocking, only because they were so young,” Taylor Gattis said. “A lot of stuff has been getting out of hand lately.”

Mendca has been a resident of the neighborhood for 10 years and says that it’s a quiet area but now, those feeling may have changed.

“Now we have to worry about it. Our neighborhood now..more,” Mendca said.

Fort Smith Police believe the two shootings are related and will be talking to witnesses at the complex and should have more information in the coming days.