The statement from the superintendent says a student used a trash can in a classroom closet as a toilet during a police K-9 training exercise. 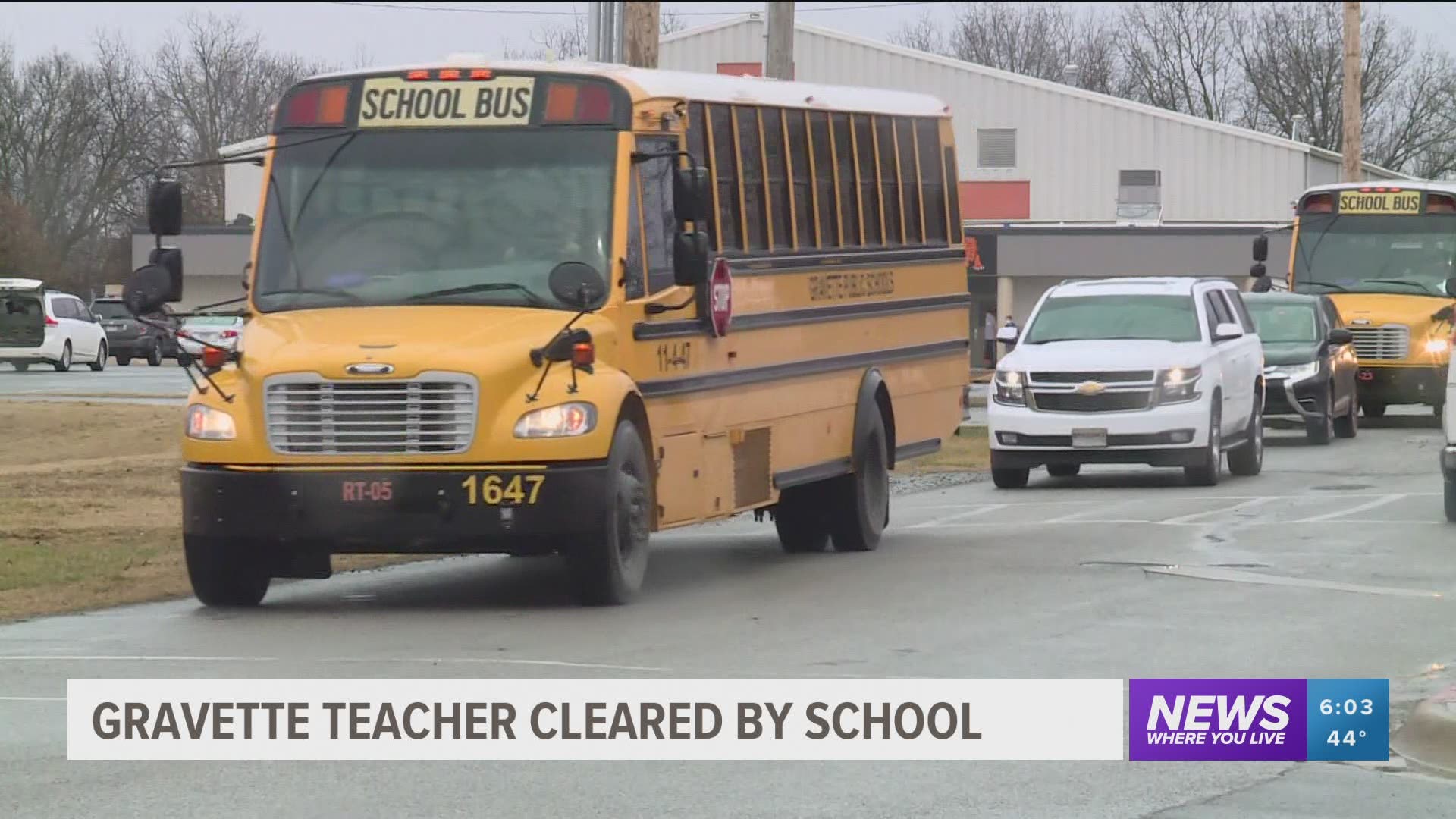 The Gravette Police Department conducted a training exercise with K-9 units involving drug detection on Wednesday (March 3). The school says the training had been prearranged and teachers were instructed to keep students inside the classrooms. Childress says this is an essential safety precaution to avoid interaction with the working dogs and to avoid students being exposed to drugs.

According to Childress, during the training process, a female student had to urgently use the restroom and the teacher referred to the office for permission. The teacher was told that due to safety reasons, the student needed to remain in the classroom. The teacher then decided to have a private conversation with the female student and a student witness.

The female student was provided a metal trash can in a secure, enclosed, private area to use as a portable toilet to relieve herself and to avoid an embarrassing accident in front of her classmates. Childress says no one was able to see the student using the trash can as a toilet.

The student's mother was afterward informed of the situation. The mother and student acknowledged that the teacher had acted in a professional manner to meet the student's needs while in physical distress under the circumstances.

"It is the expectation of the Gravette schools that all Gravette teachers strive to treat their pupils with dignity and respect at all times," Childress said in the statement. "The teacher in this instance made an immediate decision to meet the unique needs of one of his students. The investigation reveals that at all times he treated the student with respect and dignity and provided for her immediate needs."

The Gravette Police Department Chief of Police Charles Skaggs issued the following statement Friday (March 5) about the incident saying they did not attempt to keep anyone in a classroom during the time of the training exercise.

"On Wednesday, March 3, 2021, the Gravette Police Department in coordination with Gravette Public Schools and an assisting agency, used K-9s and their handlers to sniff lockers. This is something that has been done several times in years past. It is a useful tool to help keep students and staff safe. The K-9s were on a leash and were no danger to any staff or student at any time. The K-9s are very well trained and behaved. During the exercise there were staff and students in the hallways with the K-9s and their handlers.

The Gravette Police Department did not obstruct or attempt to keep anyone in a classroom. Had we have known there was such an emergency we would have stopped what we were doing to let anyone do what they needed to do.

It is our understanding a call was made to the front office and the teacher was told to keep the student in the classroom. We had no knowledge that call was made and would have assisted in any way we could. We believe working with the district in such a manner helps keep our students and staff safe."