ARDOT reveals next phase of River Valley I-49 project

The 13 miles of new roadway could have a significant economic impact on the town of Barling. 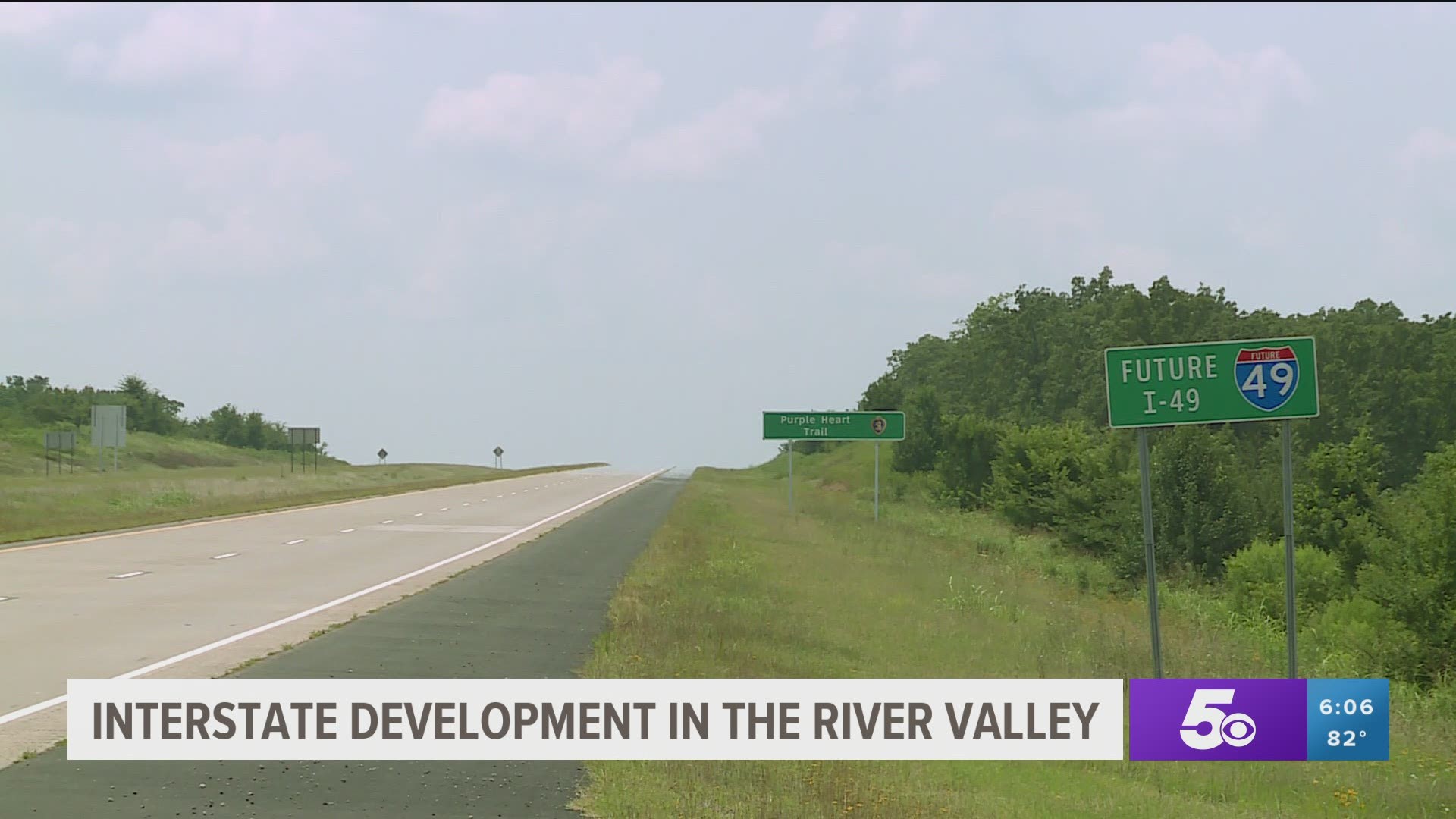 FORT SMITH, Ark. — Progress is being made in completing the stretch of I-49 from Highway 22 in Sebastian County to I-40 in Crawford County.

The Arkansas Department of Transportation (ARDOT) says the section was originally part of a larger corridor environmental study known as the "U.S. 71 Relocation." The relocation of Highway 71 encompassed 125 miles between DeQueen and Alma, Ark., and was part of a congressional plan to connect Shreveport, Louisiana, to Kansas City, Missouri. Officials prepared an environmental impact statement, and in 1997 the new four-lane highway was approved.

Since then, parts of the future interstate have been built, and public involvement meetings were held to discuss a possible tolling system to help pay for the project. ARDOT ultimately determined that a public-private partnership based on tolling was not a viable option.

The project's next phase includes completing and obtaining agency approvals to reevaluate the 1997 environmental impact statement. Then ARDOT will complete a final design and construction plans for a non-tolled roadway from Highway 22 to I-40.

ARDOT has provided the project location map through Crawford and Sebastian Counties.

ARDOT says that a phased construction approach may be used where two of the four lanes are completed in the first phase due to funding limitations. Officials will decide this during future project development research.

Over $300 million of the price of the project will go towards a new bridge over the Arkansas River.

ARDOT says funding to begin construction will probably not be received until 2023. As for now, they have hired a preliminary contractor. We're still a few years away from seeing any major progress, ARDOT told 5NEWS.