The man who spearheaded the redevelopment of one of the fastest-growing economic areas in the River Valley has died.

FORT SMITH, Ark. — Ivy Owen, one of the men who led the redevelopment of one of the fastest-growing economic areas in the River Valley, Chaffee Crossing, has passed away.

Owen has been in the economic and community development industry for over 50 years. He was hired by the Fort Chaffee Redevelopment Authority (FCRA) board in December 2007.

Under Owen's leadership, the Fort Chaffee Redevelopment Authority 1995 Base Realignment And Closure (BRAC) economic development project has received multiple national, state, and regional awards, and reached more than $1.651 billion in projected capital investments (based on property sold through the end of 2018), according to the FCRA board.

Other Chaffee Crossing milestones achieved under Owen's include 164 businesses on the campus that have generated over 2.600 jobs with projections of more than 3,200 by 2024; the Arkansas Colleges of Health Education established in Fort Chaffee; 29 residential neighborhoods; and 17 international, national, regional, state and local headquarters have located in Chaffee Crossing, according to the FCRA board.

Owen was voted out by the Fort Chaffee Redevelopment Authority (FCRA) board in 2019, citing health concerns. Owen sued to get his job back but settled in court. 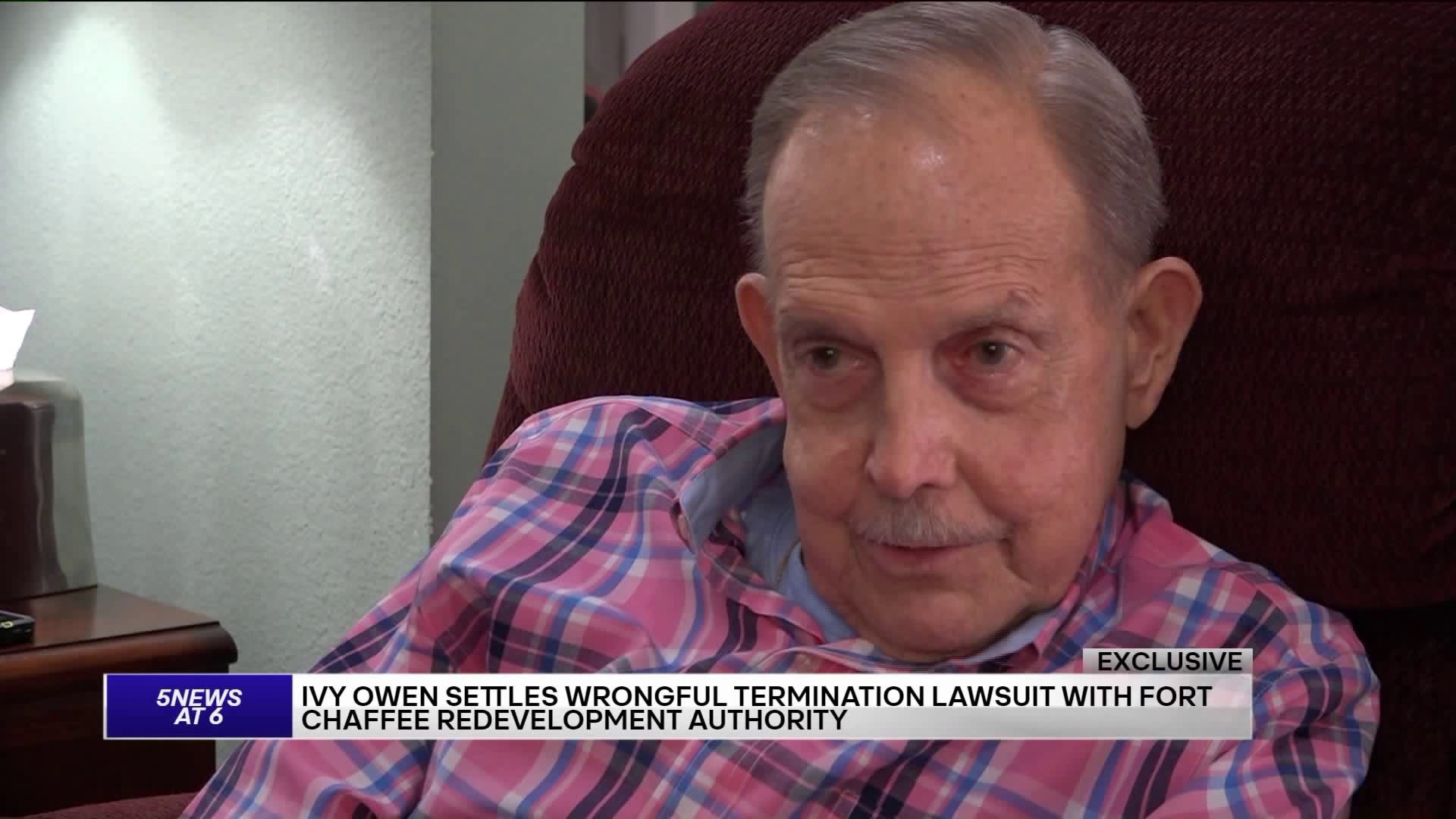 Daniel Mann was elected to lead the FCRA board last July.

"With heavy hearts, Fort Chaffee Redevelopment Authority wishes to express deepest condolences to the family of Ivy Owen. Ivy was the number one fan of Chaffee Crossing. No one believed in its potential more than him. He proudly told its success story everywhere he went. His contributions that helped bring this economic development project to life will always be appreciated. May he rest in peace."

“In October 2019 it was my honor to attend and offer opening remarks at the celebration honoring my long-time friend Ivy Owen.

Fort Smith Mayor George McGill released the following statement about Owen's death:
"Ivy had a vision and heart for this community like no other. He took a "blank slate" and turned it into a majestic masterpiece.  All from his dreams of what could be. It is with heartfelt sadness that today, just eight (8) months later I say goodbye to my friend. I send my condolences and prayers to those he leaves behind.  Although Ivy is no longer with us in the physical, his spirit and determination, his love for this community and his out of the box thinking will remain with us for years to come. Thank you for all you have done my dear friend Ivy. Gone but never forgotten."

“Ivy was one of the first people to welcome me to Fort Smith. He was a very kind person who worked hard to make Chaffee Crossing a success, thereby making Fort Smith a better city," Fort Smith City Administrator Carl Geffken said.

A time and date for Owen's funeral will be released soon.