The latest data on traffic congestion suggests that the average cost to the trucking industry has reduced from an estimated $2.4 million to $936,000 a day. 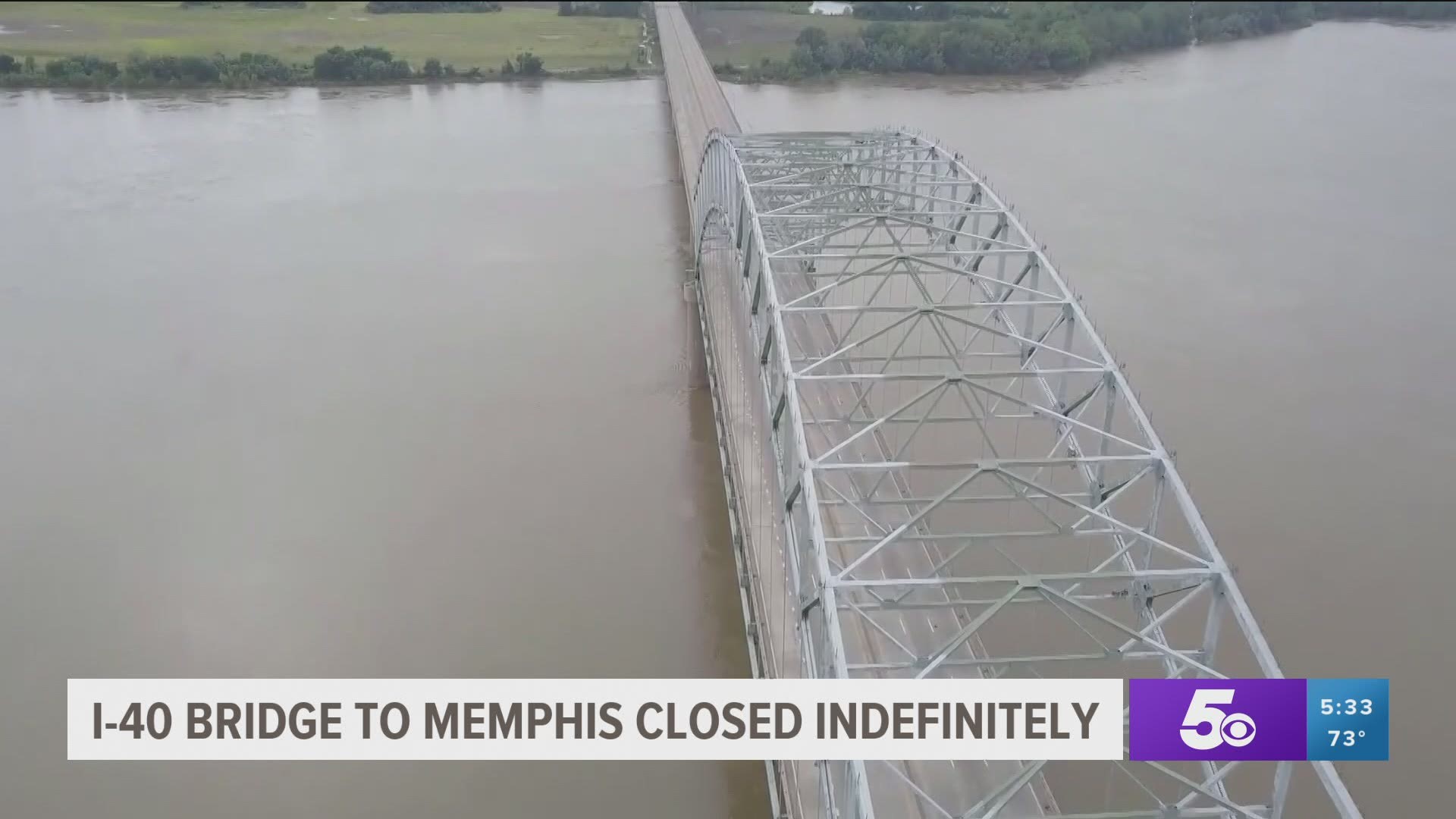 WEST MEMPHIS, Arkansas — The trucking industry has absorbed over $70 million in unanticipated costs since the I-40 Hernando de Soto Bridge connecting Arkansas and Tennessee closed on May 11.

The latest data on traffic congestion suggests that the average cost to the trucking industry has reduced from an estimated $2.4 million to $936,000 a day.

"We commend the Arkansas and Tennessee Departments of Transportation for acting in response to the concerns of the trucking industry and implementing measures to improve traffic flow on this major east-west shipping corridor," said Arkansas Trucking Association President Shannon Newton. "When the bridge first closed, delays were regularly exceeding an hour. Now thanks to ARDOT's traffic engineering, implementing strategic lane shifts, that delay is down to only 15 minutes."

Operational cost data provided by the American Transportation Research Institute (ATRI) indicates the average cost of operating a truck to be $71.78 an hour or $1.20 a minute.

ARDOT enacted a series of lane changes in West Memphis, Ark., on June 9.

The goal was to reduce merging points to reduce conflicts and improve traffic flow. "In just the two weeks since ARDOT reconfigured traffic in West Memphis, we have saved roughly $21.9 million in expenses as the estimated cost per day decreased from $2.4 million to $936,000. Trucking is still losing nearly a million dollars a day, but these improvements are proving significant to an industry that is already struggling to meet demand," he said.

Truck traffic over the Mississippi River has decreased only slightly from 26,500 trucks per day down to 23,500 trucks.

"Using the latest ATRI data, we estimate those 3,000 trucks that are re-routing 60 miles or more from the I-55 bridge are losing $513,000 per day in lost time and increased mileage while the cost of the 15-minute delay for the 23,500 trucks using the I-55 bridge is an estimated $423,000," Newton said. "We are confident the ARDOT and TDOT are working with the utmost expediency to re-open the bridge so that is it safe for all traffic."