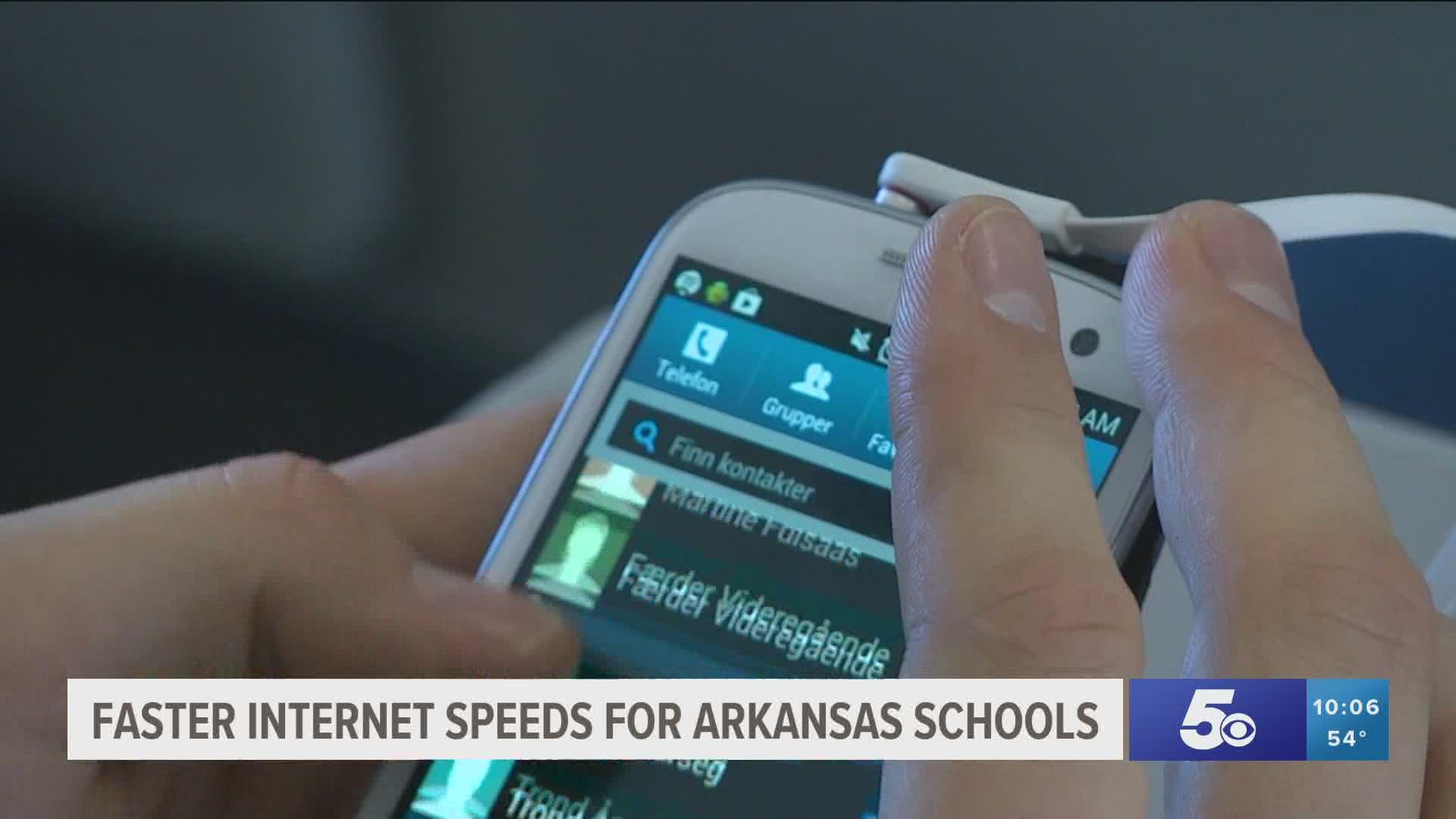 The task force also recommends that every public high school has at least one computer science teacher.

Gov. Hutchinson formally accepted the 52-page report on Thursday during a news conference in the Governor’s Conference room.

“From the day in 2015 when I signed Act 187 and Arkansas became the first state to require every high school to offer computer science, we have led the way nationally,” Gov. Hutchinson said. “But we can’t rest on our success. We owe it to our students to provide access to cutting-edge computer science education, and the task force’s recommendations will achieve that. As more students study computer science, we will strengthen our workforce and attract even more businesses that will bring high-paying, satisfying jobs. The members of the task force have produced a far-reaching blueprint that will assure Arkansas’s place as a national leader in computer-science education.”

The governor established the panel in Dec. 2019 to review the Arkansas Computer Science Initiative and to recommend ways to build on the initiative and maintain Arkansas’s national leadership on computer science education.

Gov. Hutchinson also announced that T-Mobile will donate 100 gigabytes of data to eligible households and 18,000 internet access devices to Arkansas students as part of its Project 10 Million, a nationwide program to increase access to the internet in rural areas.

“This generous donation, combined with the Arkansas Access Point Project, will further increase the number of students with home access to the internet,” Gov. Hutchinson said. “T-Mobile’s leaders understand that students need reliable access to the internet. This is especially welcome as we search for ways to continue school during the pandemic.”

Mike Katz, Executive Vice President, T-Mobile for Business, said, “T-Mobile has been working closely with schools, state governments and technology partners since the pandemic started to connect those who need it most, including more than 1.6 million students nationwide and nearly 5,000 right here in Arkansas,” he continued. “Now, with Project 10Million, we are going even bigger to tackle this critical issue head-on – connecting thousands more across the state! We believe access to the internet means access to opportunity, and we’re going to give millions of students in the U.S. the connectivity they need and deserve.”

In a third announcement, Hutchinson stated that Arkansas will increase high-speed broadband capacity to K-12 school districts, charter schools and education cooperatives from 200 kilobits per second per user to at least one megabit per second.

That is five times faster than current speeds. The upgrade will be completed by July 1, 2021. Arkansas will be one of the first states to meet the new standard of 1 Mbps per user.

The Arkansas Computer Science and Cybersecurity Task Force Report can be found HERE.