Huntsville Ready For Jump To 5A-West

Eagles look to build on 2-8 season

HUNTSVILLE (KFSM)–From a 2-8 season to stepping up a classification, the cards seem stacked against Huntsville this fall. That is, to everyone except the Eagles themselves.

“It’s going to be a big challenge for us. Athletically, the other teams have bigger numbers so we’ll be at a disadvantage just because of depth,” head coach Randy Barnhill said. “But I can promise you this bunch here is going to fight.”

“I think it’s going to be challenging but not too much because we played a very tough schedule last year in the 4A,” quarterback Sean McCone said. “I think we’ll be able to compete and hold our own.

Huntsville Ready For Jump To 5A-West

“[McCone] threw for 1,800 yards and rushed for 500-600 yards so we’re expecting big things out of him as well as the rest of the our seniors,” Barnhill added.

“We’re running the same thing we did last year, so it’s more about crisping it and making it sharper,” McCone said. “I’m not the only one that’s more confident, the guys up front have all been there too. We know the playbook better now.” 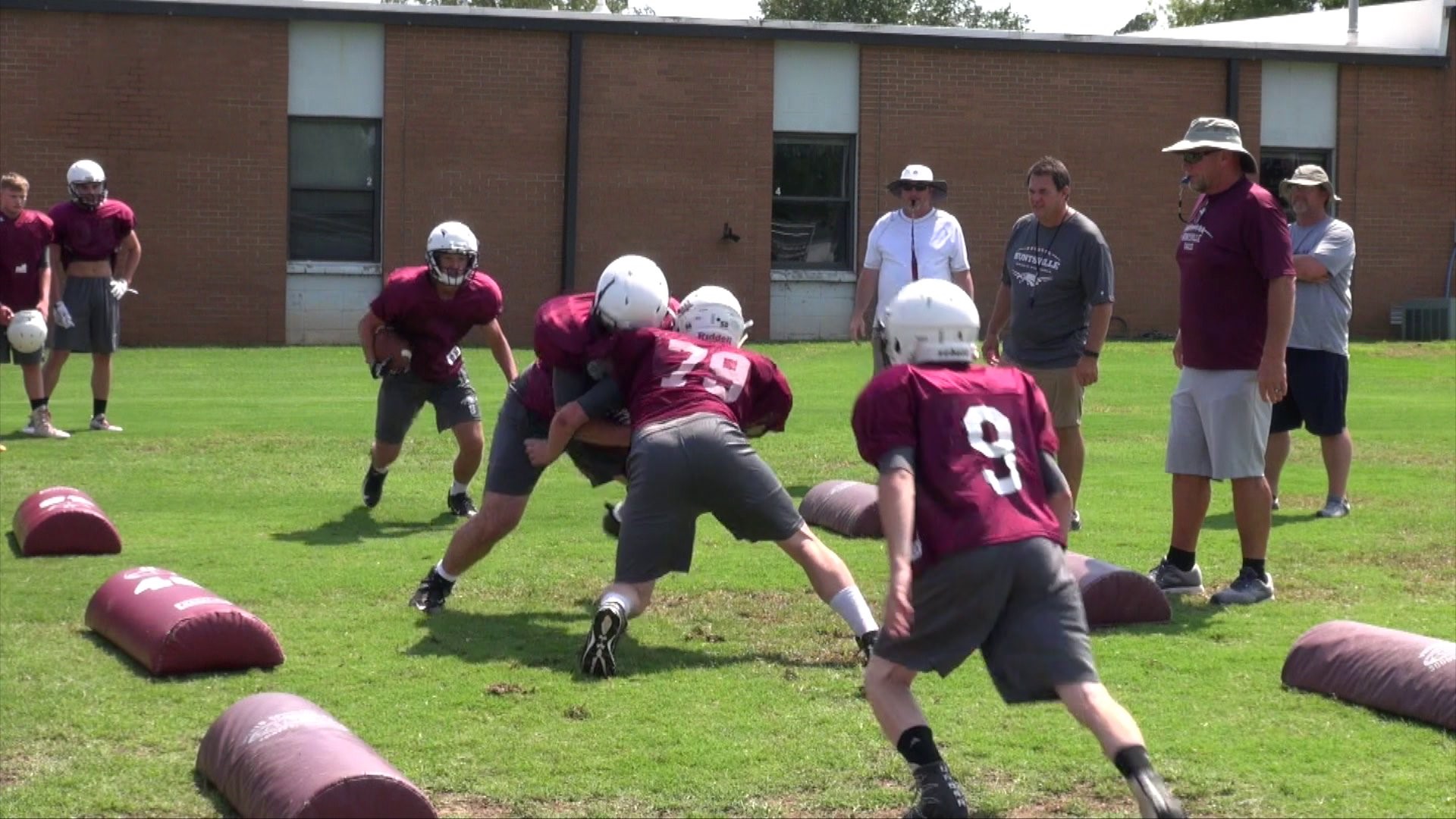 McCone, one of 14 starters back plays both ways for the Eagles, who once again play out of a spread offense and 4-3 defense.

Huntsville faces Gentry at home to open the season on August 31, and hosts its first 5A-West game on September 21 against Greenbrier.