The skeletal remains of 24-year-old Kevin Gonzalez were found early March 27 morning and identified on May 29. 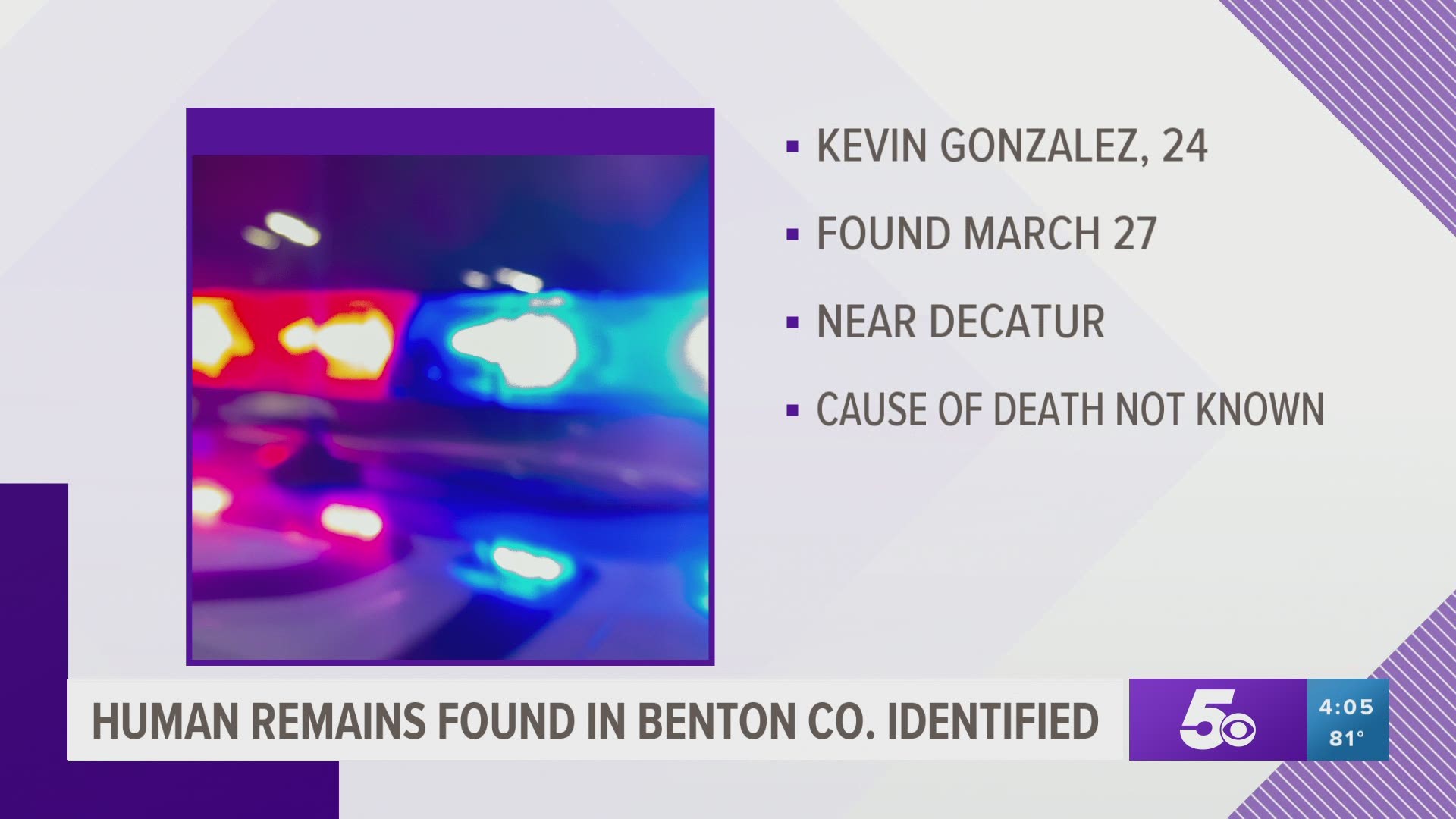 BENTON COUNTY, Ark — Human remains that were found in Benton County on Friday, March 27, have now been identified, according to Lt. Shannon Jenkins with the Benton County Sheriff's Office.

The skeletal remains were found by a homeowner in Decatur, Arkansas, in the area of W. Mountain and Limkiln Road, according to Jenkins.

No further information has been provided at this time due to the active investigation.