At the age of 24, Ben Eslick was diagnosed with testicular cancer and had it removed. Now with the help of his partner, the two are creating a movie called Uniball. 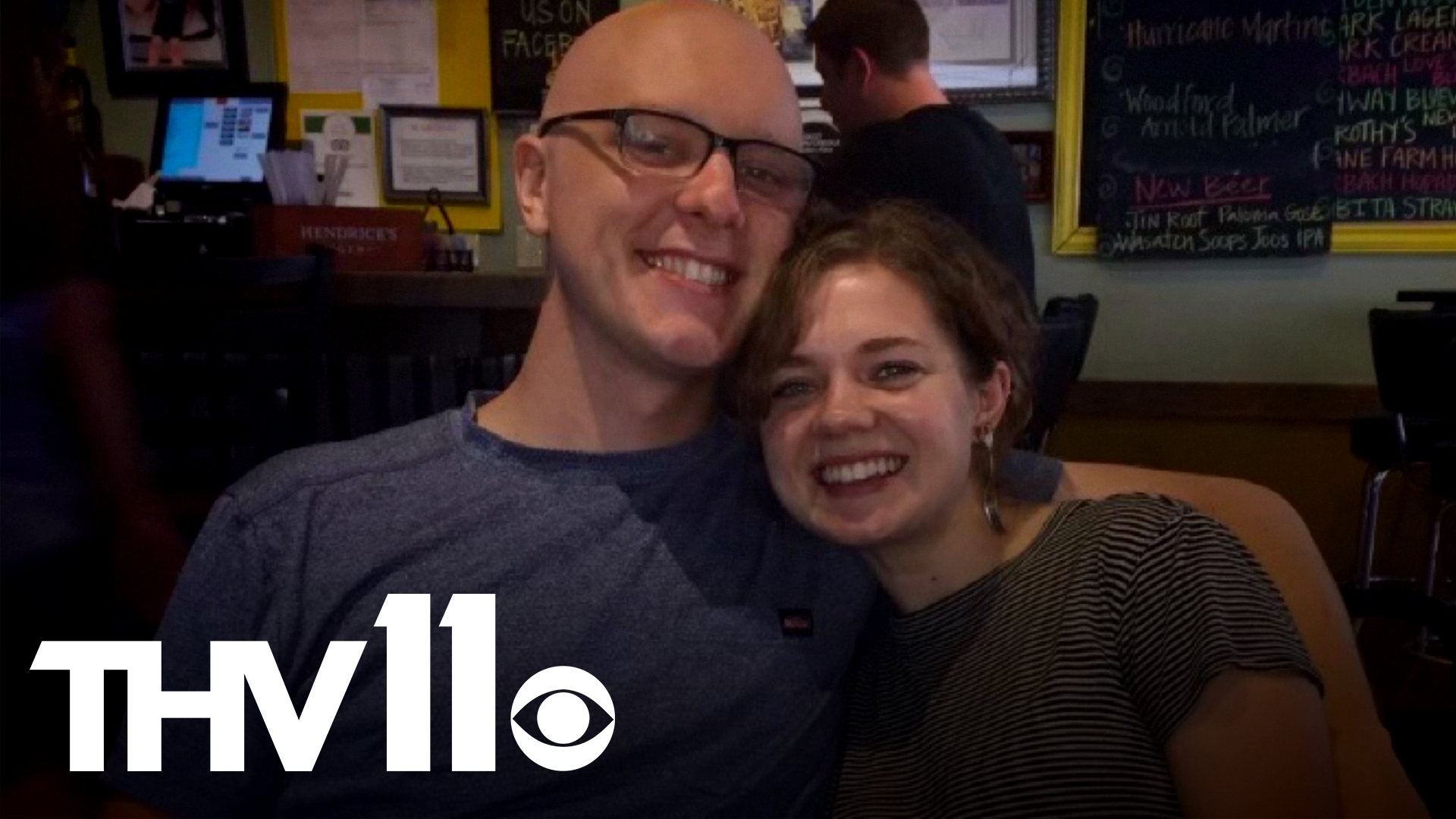 RUSSELLVILLE, Ark. — Ben Eslick and Molly Phillips are filmmakers who live in central Arkansas. They’ve been together about five years.

Early on in their relationship, they were faced with the challenge of their lives, and it’s how they coped with the changes of it all that make their story unique.

“We just started hanging in the same circle,” Molly reflected.

They laughed, in a way that felt like we were let into an inside joke between them.

You see, while their relationship was growing, they probably had no idea what would come a short time later.

“I was diagnosed with testicular cancer,” Ben said. He was 24, and it was in stage two.

That means it had spread some. He would not only need a testicle removal, but also chemotherapy.

“He’s diagnosed on a Monday and then the testicle comes out on a Friday,” Molly said.

It was a window of time that could potentially change their relationship and lives forever.

“If she hadn’t been there,” Ben said, “I don’t know if I could have even been in Little Rock.” His family lived in Russellville. “I’m very thankful for this person right there.”

As filmmakers, coping during their journey with testicular cancer was in the form of writing and laughing together.

“Is this like a bad thing that’s happening to me that I can’t do anything about? Or is this like a challenge that I can try to overcome?” he questioned. “I think that’s sort of where the story part came in.”

“This could be sort of like a therapeutic way to approach the situation,” he said.

So writing, they kept on, through chemo and new challenges.

“It wasn’t always something we could laugh at, but when we could we tried to, and that also helped with writing, I think,” Molly remembered.

It’s that spirit that people connected with, like when Ben attended the Seed & Spark Conference at the University of Central Arkansas. Seed & Spark is a crowdfunding platform for film and storytelling, and the conference allowed local filmmakers to pitch ideas in front of a panel that included Mark Duplass, an actor and filmmaker you may know from The League or The Morning Show.

When Ben pitched the idea to the crowd and panel, he opened up by saying, “It’s the personal account of my testicular cancer, and having my…ball…removed.”

There was just something about his delivery that had the attendants erupt in laugher.

“I immediately fell in love with the idea," Duplass said in a video. "This is an important movie, and I think it could be a really funny movie.”

So with the added support, Ben and Molly have since crowdfunded the film and are now preparing to shoot this, “new kind of cancer film.”

“I think maybe one of the differences between our approach and what I’ve seen, I feel like normally, cancer films are kind of a little bit slower paced,” he said. “In my experience it was very fast. I think we’re trying to sort of capture that.”

At this point, almost two years since Ben’s diagnosis, he’s in remission, the film is in pre-production, he and Molly are engaged, and they’ve realized that the secret to getting through these things is community, and leaning on one another, in whatever form that means for you.

According to the American Cancer Society, one in every 250 males will develop testicular cancer at some point during their lifetime. There are a number of signs to watch out for and you can learn more here.