With more people staying at home in Arkansas, a need for home improvement specialists has risen. 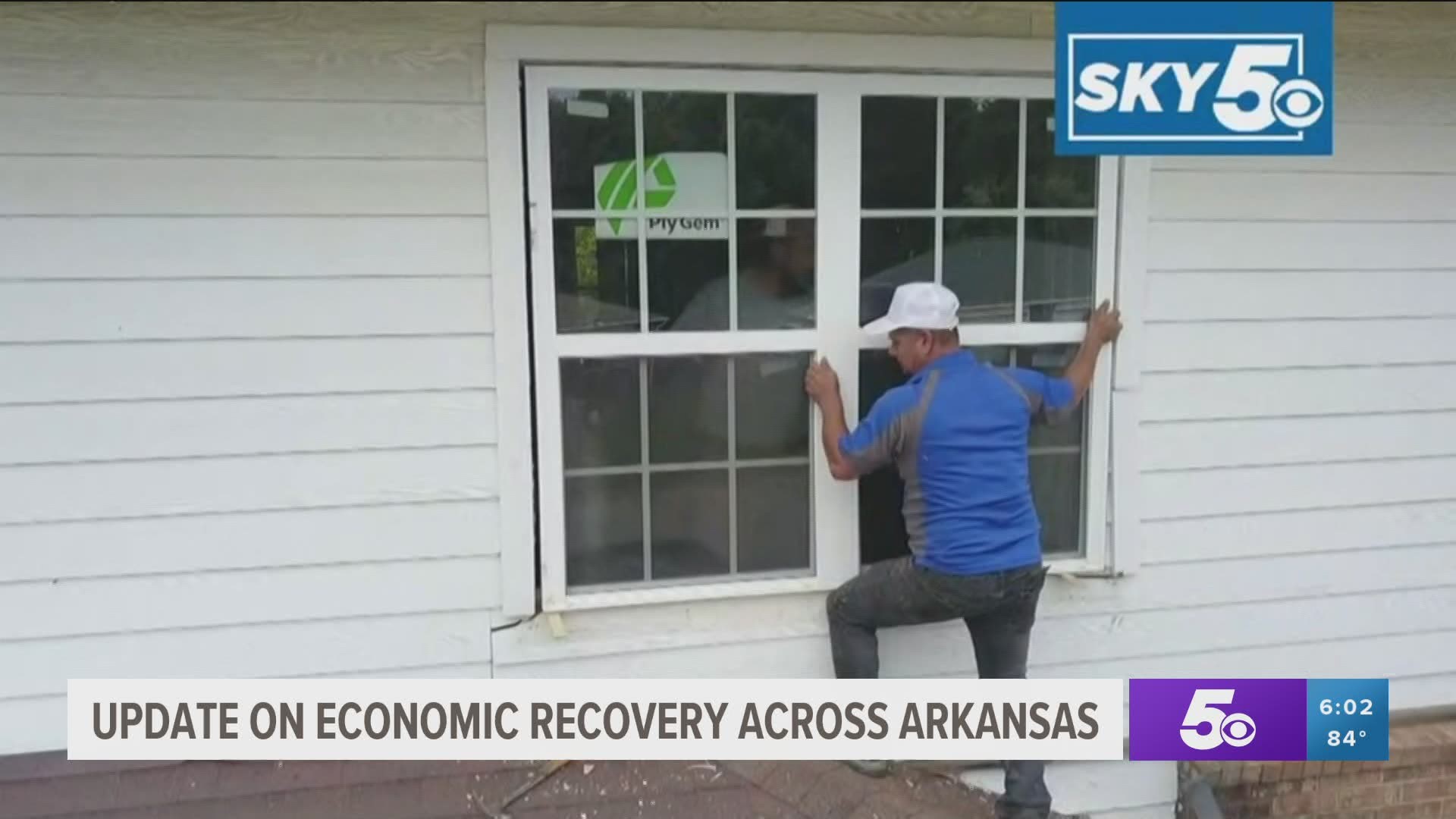 FAYETTEVILLE, Ark. — With job losses and no income, buying a home doesn't seem likely for many Arkansans during the COVID-19 pandemic. But, the business of repairing or remodeling homes is booming.

"Initially, in March and April, everyone was negatively affected, but over time I think larger businesses have gotten a little bit closer to normal." Mervin Jebaraj, Director for Business and Economic Research University of Arkansas, said.

Arkansas is six months into the pandemic, and the local economy has taken a hit in the process.

Restaurants have seen a 35% decline in revenue compared to last year. Hospitality has also taken a hit with several travel bans and venue closures. But, one industry that is still up and running - home improvements.

"That sector of the economy has done well has done better in some respects because you have this extra cash that you cannot spend at restaurants," Jebaraj said.

Jorge Carlos is an independent contractor for a property owner in Fayetteville. He says business has been relatively stable.

"Got to wait a day or two in certain things, but other than that, we've been blessed," Carlos told 5NEWS.

Carlos has spoken with others in the industry, and they tell him the same news.

"I talk to different contractors at the store and wherever you meet, "Hey, how you been," or just a phone call, and we pretty much all stay busy," he said.

Carlos says there are around 200 properties that he helps maintain. His wife has been laid off during the pandemic, which Carlos says makes his employment even more critical. He has been in Northwest Arkansas since 2008 and he thinks the area is unique when it comes to economic recoveries.

"COVID-19 hit us, and the majority of the people are still working and are still able to provide a lot of us don't understand we're in a spot that we're pretty fortunate to be in," Carlos said.

RELATED: US unemployment rate falls to 8.4% even as hiring slows

RELATED: Jobless rates continue to improve for most of Arkansas’ metro areas