After three wins back to back, hog fans are celebrating and boosting the economy. 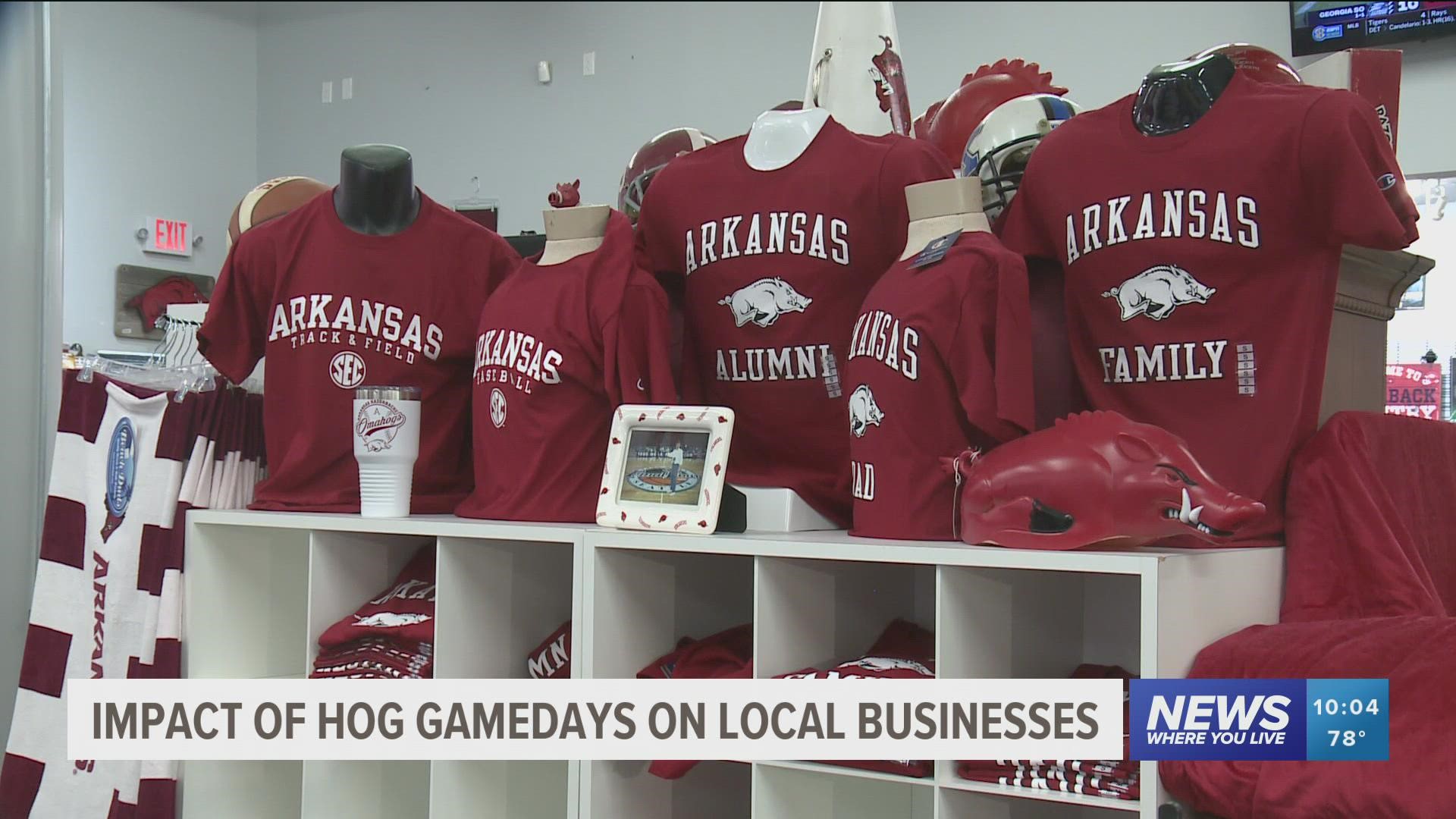 This football season Hog fans are supporting not just the hogs but local businesses as well. Businesses say that business doubles, if not triple on days the hogs play.

After three wins back to back, hog fans are celebrating and boosting the economy.

“When the team is up, sales go up. Sales are always up on the team is winning,” said the owner of Stadium Shoppe, Robert Mann.

Mann is glad sales are back up. After taking a hit last season, he’s pointing several reasons for business booming again.

“The games being at full capacity, the Razorbacks catching their stride beating Texas,” Mann said. “This game should be half of what. It’s had a huge impact on sales.”

Mann is calling it a 180 from last year, not only affecting retail sales but other businesses as well. Fans crowd local businesses like Foghorns on 15th street before, during, and after the game.

“We have been busy since we opened the doors,” Claire Hoskins, general manager of Foghorns on 15th. “Even when the game started, we have people coming in and out. So, we are just expecting a phenomenal crowd and a phenomenal night all day and all night”

As night fell, the steady stream of business continued in the kick-in over on Dickson Street and Foghorns. “If not at the minimum our sales have at least doubled, if not more. Just for the weekend, just for the past three weekends when we’ve had football," said Hoskins.

They’re hoping the momentum continues for the rest of the season.

“We haven’t seen tailgating like this in years,” said Mann. “So, it’s exciting to see fans want to get back out and want to do things again and it’s impacting sales big time,” Mann continued.

Whether the hogs play at home or away, businesses will feel the impact.

“We are really excited about that to have a bunch of rowdy razorback fans for the entirety of the game,” said Hoskins describing the anticipated arrival of fans during next week’s game against Texas A & M.