The proposed project would take out much of the parking lot and disrupt one of the cave systems, not only impacting the tourist attraction, but also nature. 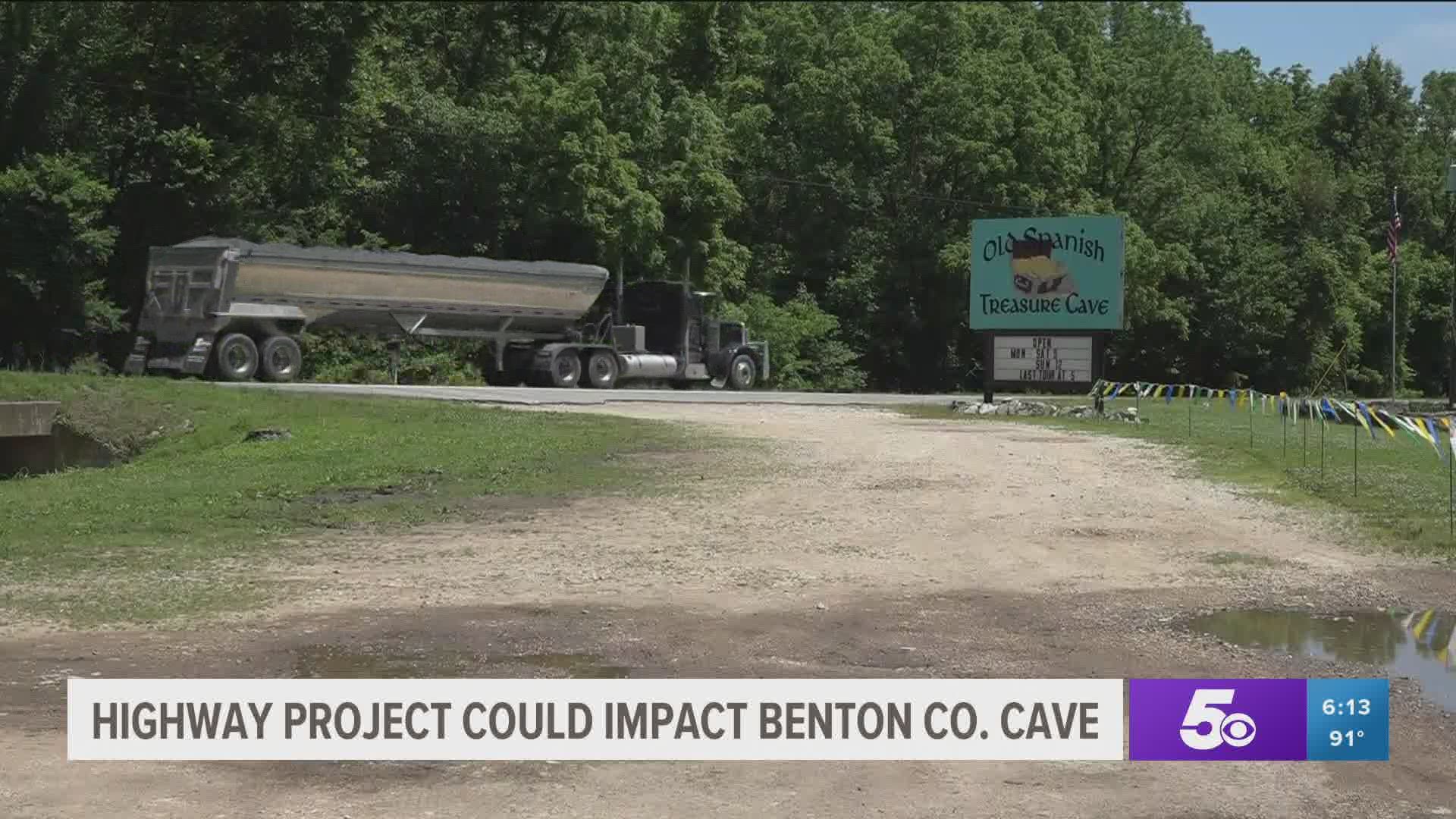 SULPHUR SPRINGS, Ark. — The Old Spanish Treasure Cave on Highway 59 between Gravette and Sulphur Springs dates back to the 1500s and could be in jeopardy.

The Arkansas Department of Transportation (ArDOT) is considering a proposed project to widen part of Highway 59.

The proposed project would take out much of the parking lot and disrupt one of the cave systems not only impacting the tourist attraction, but also nature.

“It’s going to be devastating, not only as a property owner but as a business owner. The financial impact of building the road here and what we are going to lose,” cave owner Paul Linscott said.

Linscott has owned the cave for 24 years surveying, mapping, exploring and giving tours of the cave. The legend of the cavern is that there is actually treasure hidden somewhere inside, but no one has found it yet.

He says the cave on the other side of the cabin is the one that will be impacted the most. In the part ArDOT has surveyed, he says there are underground passages.

“When you have a stream system that is part of a cave system, it’s kind of like the artery of the cave, the live system of the cave and all the animal life within that cavern, so by building a road on top of that is going to be effecting that stream passage,” Linscott said.

Tracy Linscott says they’ve tried for years to get the speed limit lowered from 55 mph because of how many cars and semis fly by on the curvy highway. Now, they just don’t want this project to impact their business that is part of history.

The Linscott’s are working on getting a petition together now and hope that community members and anyone who has visited the caves will sign it in hopes that ArDOT will not go through with the project.

5NEWS reached out to ArDOT for more information and to comment on the project, but they did not get back to us.