Heavy rainfall in Arkansas drowning farmers' crops across the state

Heavy rain and winds that came along with storms caused damage to fields across Arkansas. Some stalks of corn were seen snapped in half. 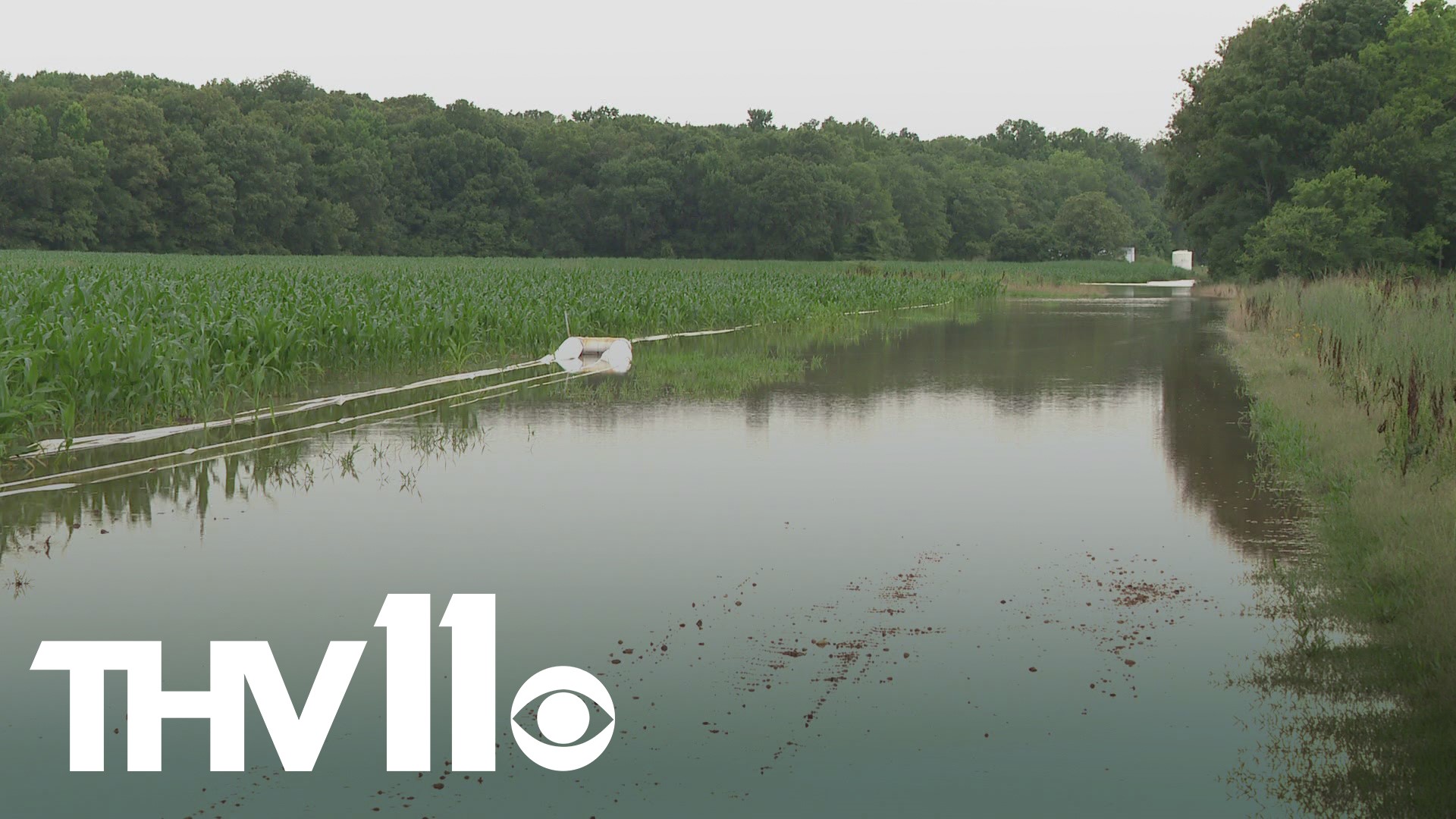 TILLAR, Ark. — Farmers in Arkansas are dealing with the aftermath of days of heavy rainfall.

"To have this kind of storm and dump this water in this short of time has caused a major problem," farmer Jacob Appleberry said.

Appleberry farms nearly 3,000 acres of land on his family farm in Tillar. About a third of it flooded this week.

"A lot of it's come off, but not all of it's gone," he said. “We’ll actually need another quarter to half inch shower just to wash the dirt off the plants because they’re dirty and it can cause some chlorophyll problems.”

This is the worst rain event he said he has seen in his career. He estimates nearly a foot of water came down in Tillar, leaving crops like corn, cotton and soybeans underwater.

"So, you're talking three-feet deep in some places," he said.

Heavy winds that came along with these storms also caused damage to some fields. Some stalks of corn snapped in half.

"If there was a lot of wind shift while that was underwater then that's an added problem," he said.

Most of his crops are too young to pick, so he has nothing to even try to harvest in some spots.

"So, if you have insurance and you get that, that's a big help but it may not fit the bill," Appleberry said.

"Like last year, the hurricane came through and tore our crops up, but we were able to salvage some crop. A lot of these crops don’t have anything on them right now.”

Appleberry estimates there could be 10s of thousands of dollars in damage.

He said neighboring farms are all in the same boat.

"Some of the stuff that we have is going to be underwater for the rest of this week and some of next week. It's over," he said.

Appleberry said the last three years have been difficult for Arkansas farmers...with wet springs and even hurricanes coming through some areas.

The next concern is the warm up and lots of sun Arkansas will likely see next week. The higher temperatures along with the already wet ground will likely damage the crops even more.