Hackett Hungry After First Round Loss 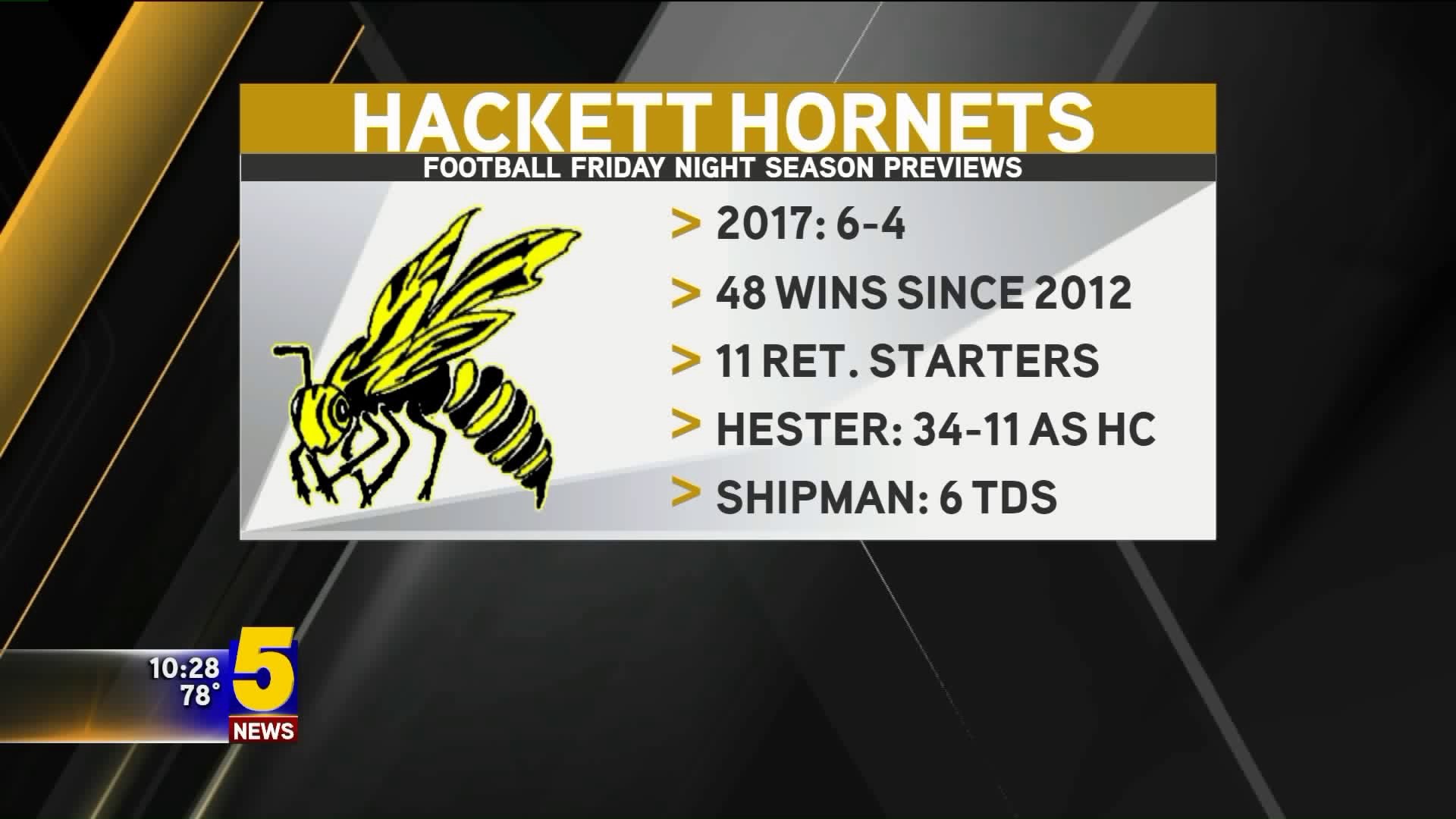 HACKETT (KFSM) - The Hackett Hornets season ended abruptly last year with a loss in the first round of playoffs.

"We got manhandled," said head coach Lonnie Hester. "There's no other way around it. They lined up and they just ran down our throat."

"Last year, I didn't plan on going out that early," running back Cooper Shipman remembered. "Honestly, I thought our team was really good, but this year I think we'll be better."

Now, the Hornets are looking towards brighter days - returning players like all-state quarterback Brady Hester who threw for 1,252 yards and 16 touchdowns and ran for 561 yards for 13 touchdowns, all while averaging 5.8 yards per carry.

"Honestly, I'm just trying to work harder and push myself harder than I did last year," Brady said about his accomplishments. "Just be a better player individually and do better for my team." 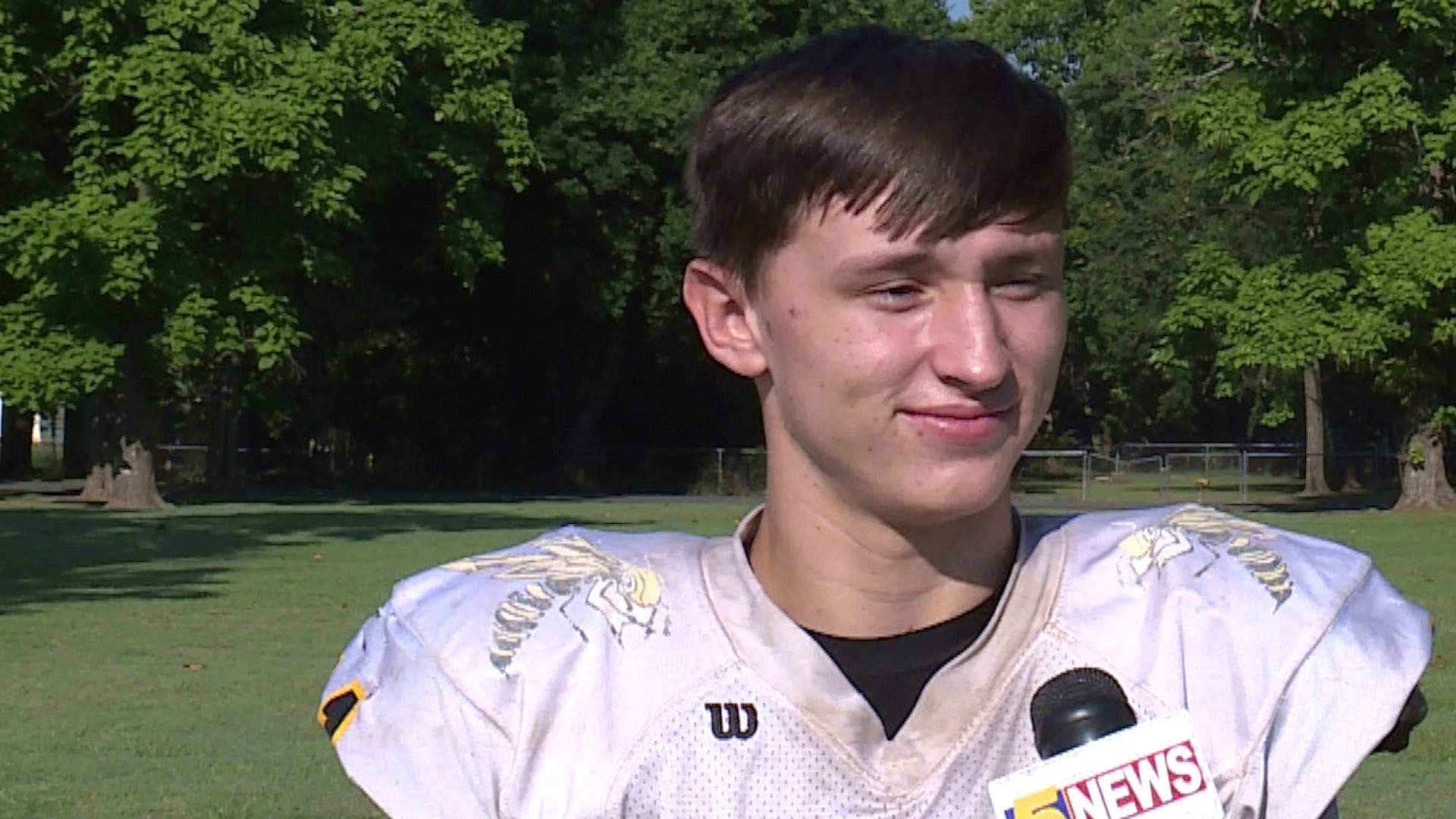 They also bring back all-district players in running back/linebacker Cooper Shipman and linebacker Matthew Carter. A crew of veterans could be the extra push Hackett needs to see their name on a state trophy.

"We're definitely hungry this year. We do have a lot of seniors, so this is our last run for most of us. Of course, we're going to give it everything we've got and we're hungry," Brady said. "We want to go a lot further this year."

Hackett has never made it past the the second round of playoffs - but this team is confident that they can be the one to make history. 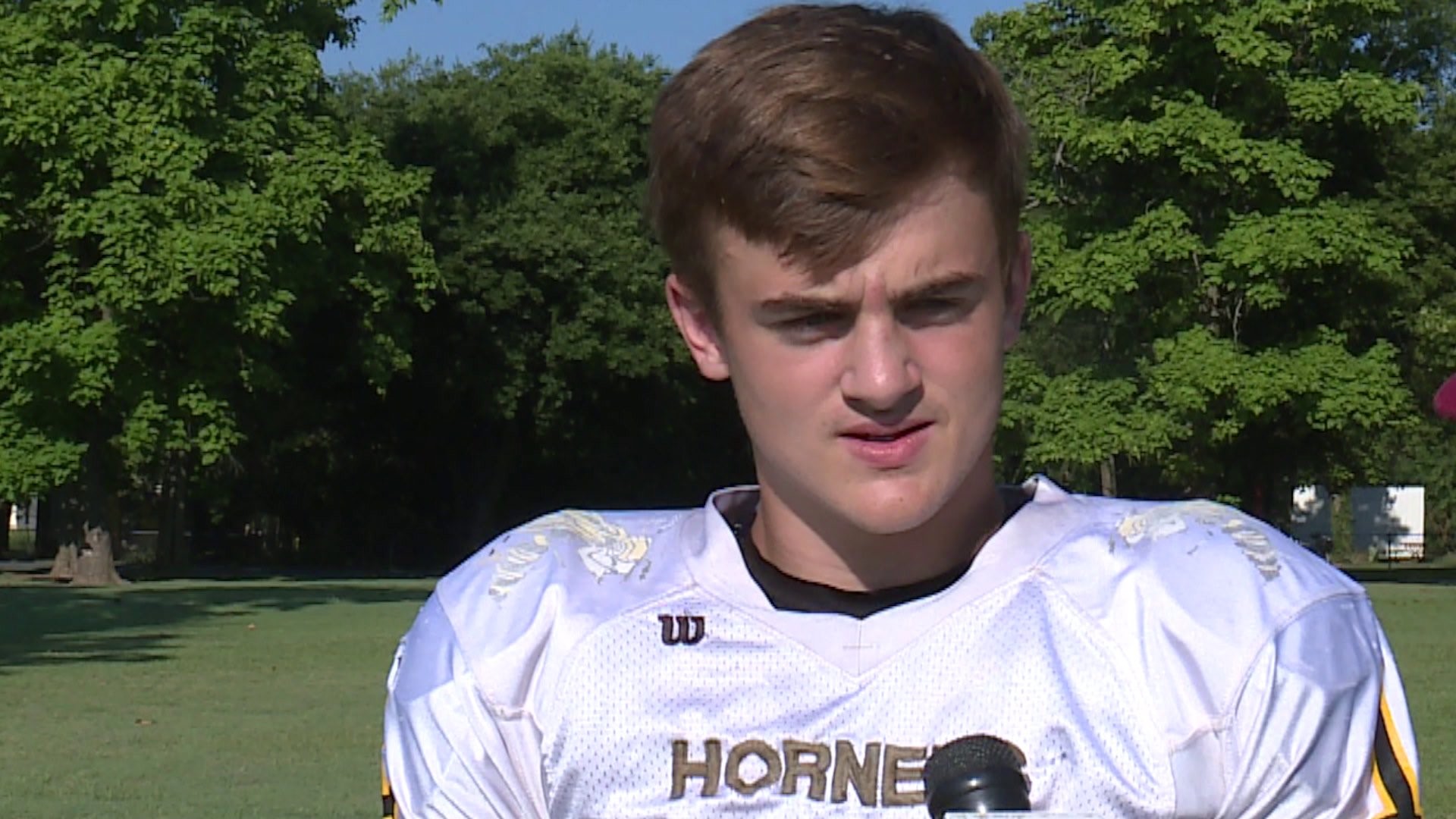 "Everyone's working harder - trying to get our season better," Shipman explained. "There's a lot of young kids, but there's a lot of seniors too and the leadership has been really good."
"Everyone's just bought in and it's just like a different atmosphere," Brady added. "Honestly, it's just everyone's giving everything they've got and it's just changed the past couple of years and everyone's buying in."
Embracing the program is all part of what Coach Hester is trying to do with his team.
He explained, "Our goal is always that we want a program that's successful in the fact that we want our community to be proud of us, and we want to be able to look at ourselves in the mirror when we get off that field - and we want to win. That's the bottom line."
Replacing five offensive lineman isn't the only struggle for the Hornets. In the past, the roster has had more than 30 names on it. This year, it's looking to only have 25 or less.
"We're talking to these guys about mental toughness and we're getting in shape," Coach Hester said when asked about how he's responding to low numbers. "We're doing that as much as we are X's and O's in fall camp right now."
Coach Hester adds success starts on the practice field.
"We want to develop character in these guys and that a lot of what playing football is," he said. "There's kids at home right now sitting around playing Fortnight while we're out here busting our butts on the practice field." 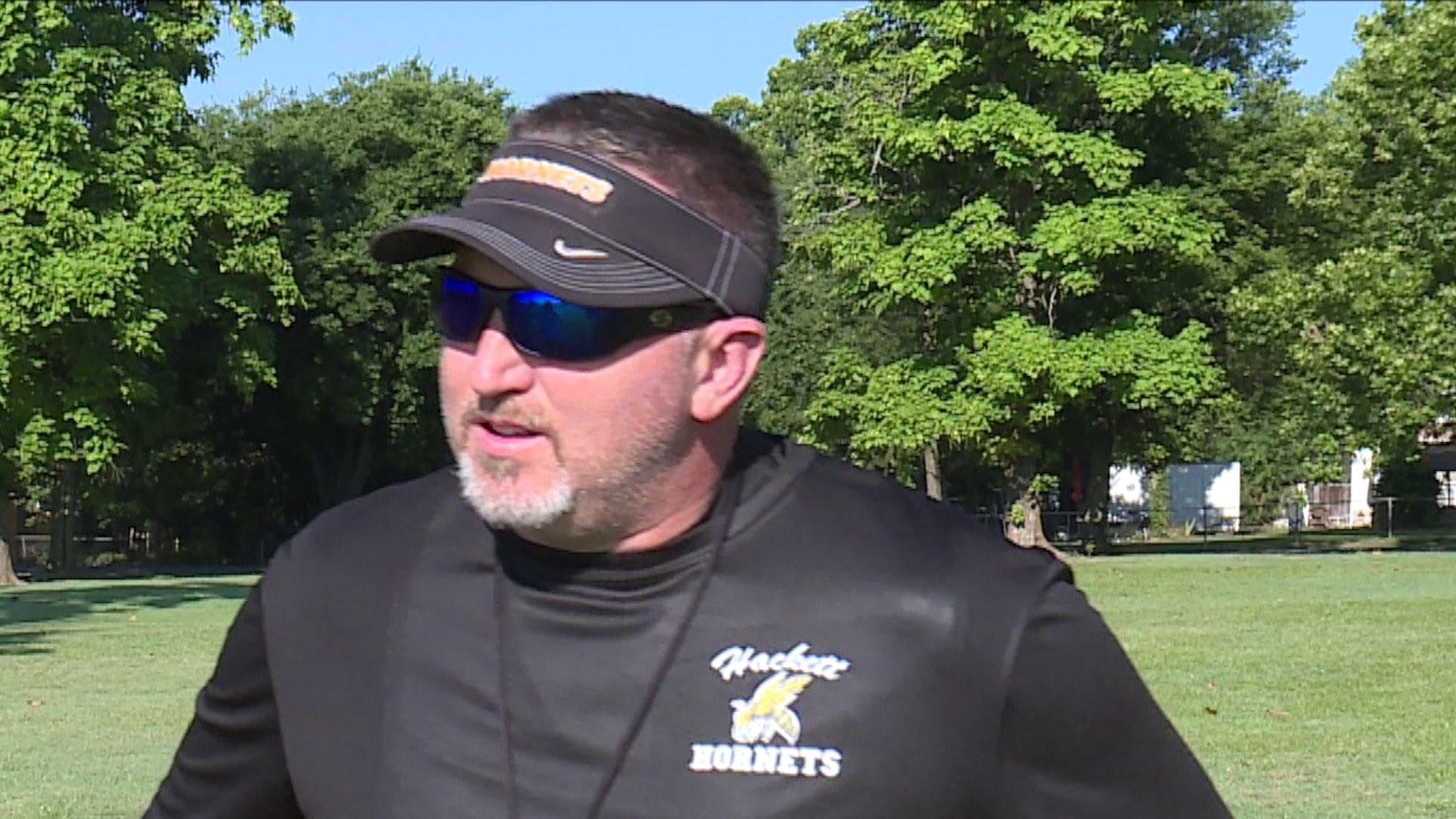 The attitude is there for the team, but if Hackett wants to be hoisting up a trophy at the end of the season, they're going to need one major thing.
"Intensity," Brady exclaimed. "We're going to give it all we've got. We're going to hit it hard and we're not going to stop until the season's over."

"It's going to take absolutely everything we've got," Brady concluded. "We've got to put in all of our hard work, blood, sweat, and tears, and hopefully we get there."
Hackett opens up their season August 23rd with a home game against Mansfield.