Greenwood woman sentenced for plot to have her husband killed

A Greenwood woman has pled guilty to charges stemming from a plot to have her husband killed. 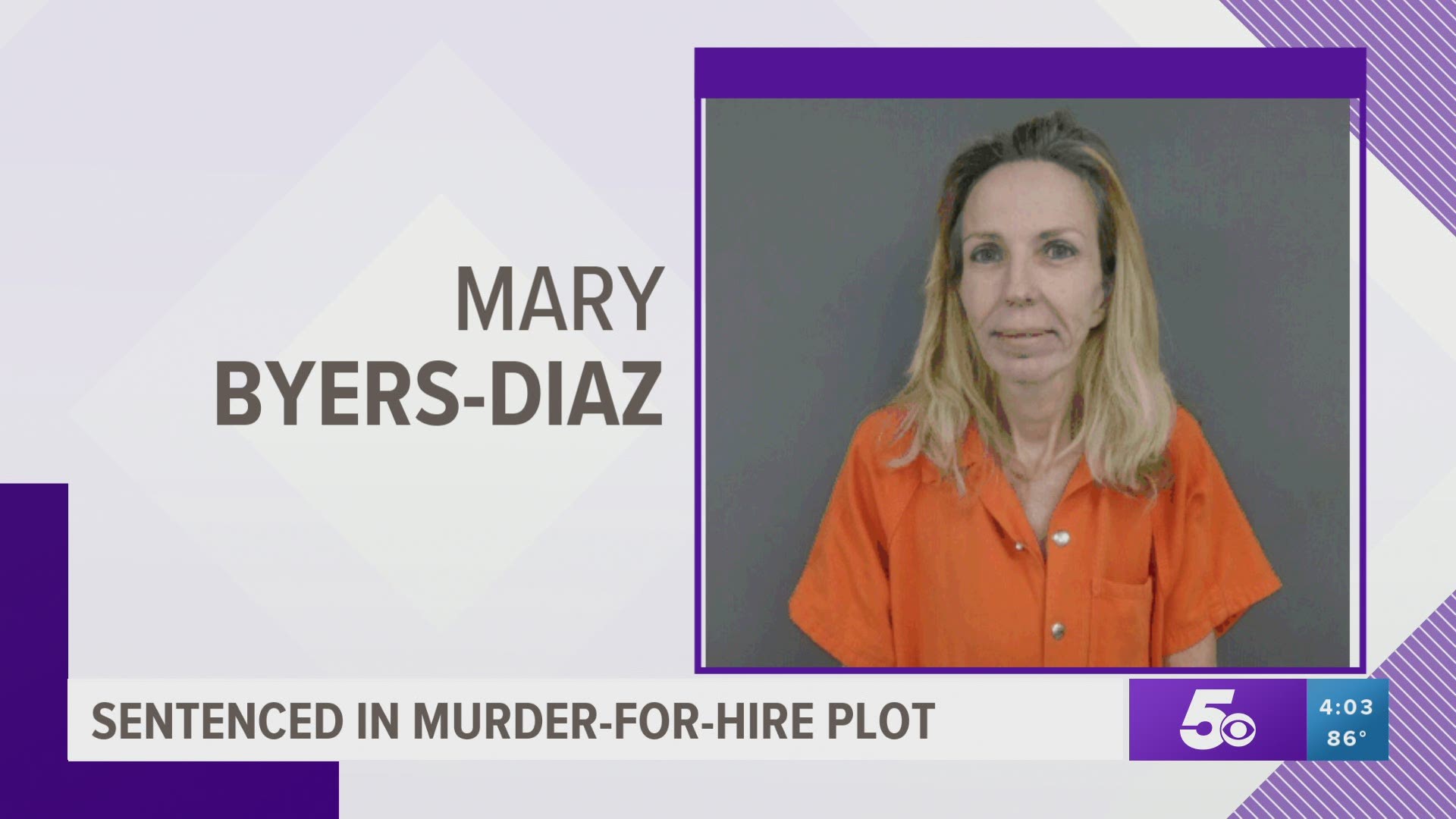 GREENWOOD, Arkansas — Editor's Note: The video above is from when Mary Byers-Diaz was arrested in 2019.

A Greenwood woman has pled guilty to charges stemming from a plot to have her husband killed.

On Wednesday, June 4, 2020, Mary Byers-Diaz pled guilty to conspiracy to commit capital murder and was sentenced to 12 years in the Arkansas Department of Correction to be followed by an 18 year suspended imposition of sentence, conditioned on no contact with the victim.

According to the probable cause affidavit, Byers-Diaz tried to convince her handyman/employee to kill her husband, Dr. Lawrence Diaz, between July 5 and Sept. 6. The handyman contacted police on Sept. 5 and was wired up with audio and video the next day to discuss the matter again with the woman in her home.

According to the affidavit, the pair agreed during the recorded conversation that the man would use a stun gun on her husband, break his neck and place him in a "simulated car crash."

In exchange, he would get a 2002 Chevrolet Tahoe and other property, the affidavit said.

Byers-Diaz told the handyman she would coax her husband home, then would call the handyman and signal him by talking about her dog, Abba, the affidavit said.

At the end of the conversation, they agreed the murder would take place the evening of Sept. 6 or over the weekend. The man asked Byers-Diaz if she was sure she wanted to go through with the murder, and she stated she was, the affidavit said.

The handyman then left with the Tahoe and a signed title, the affidavit said.

According to Kelley Blue Book, the value of a 2002 Chevrolet Tahoe in good condition in a private sale would be about $4,400.