Greenwood Looks To Avenge Lone Loss In Past Two Seasons

In week one last season, the Grizzlies beat the Bulldogs 31-16 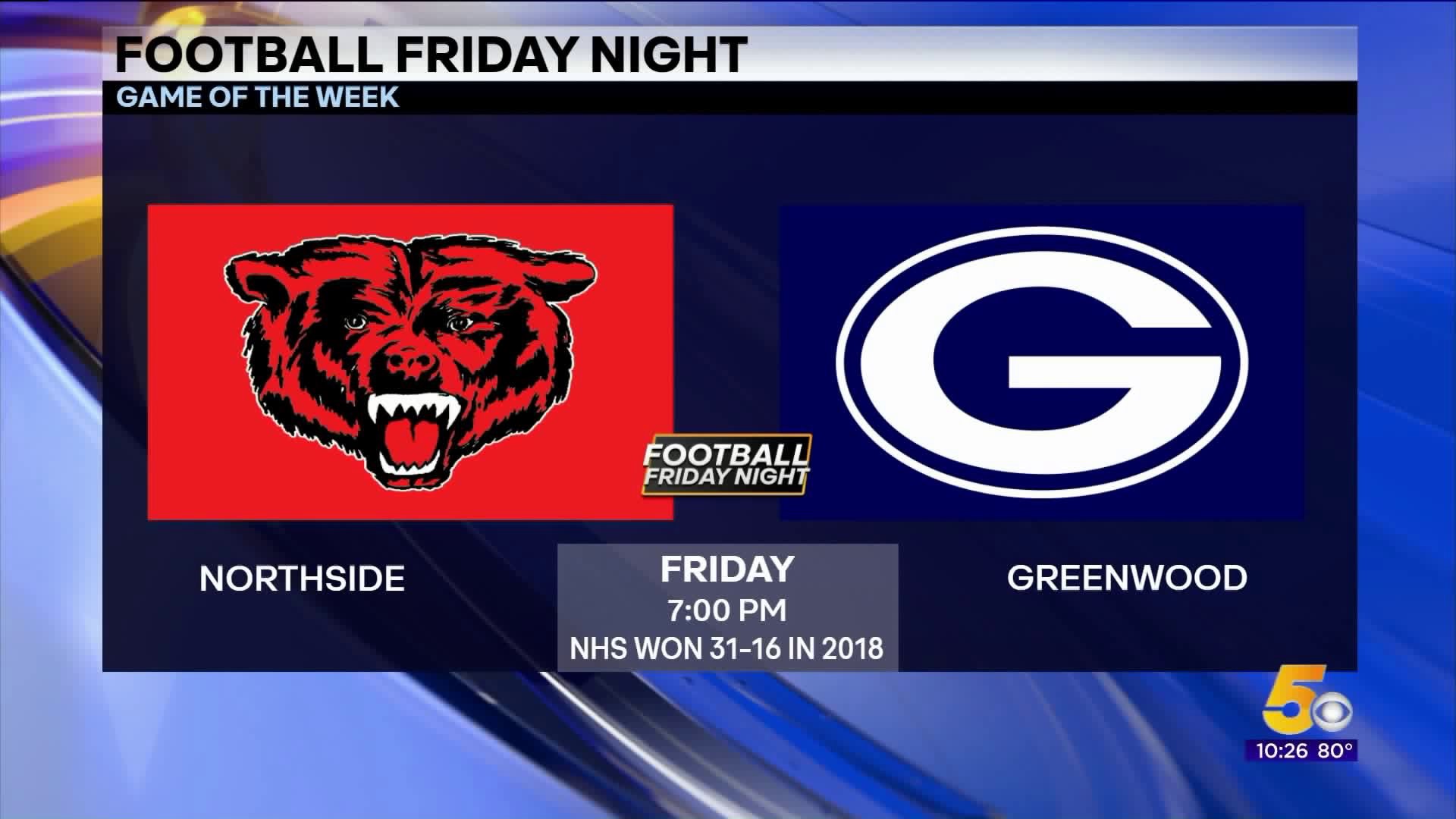 GREENWOOD (KFSM) - Many people were shocked at the outcome of last year's Northside-Greenwood game. After four quarters, the scoreboard read Grizzlies 31, Bulldogs 16.

"Luckily we were able defensively to make some big stops," reflects Northside coach Mike Falleur. "We gave them the ball twice really close down on our end, our defense came through and held them to field goals. And offensively we were able to put together three or four big drives."

"It just shows how good we are. Makes more people want to come to Northside and shows that we are winners," added Grizzly senior J.J. Mills.

The Grizzlies are already 1-0 this season, dismissing Rogers Heritage 36-7 in week zero.

"They scored on their first three offensive plays," smiled Newman. "They got a really fast quarterback [junior Drey Norwood], they got some good receivers, they got some size."

"I think getting out there and getting the first game jitters over and playing in a football game," Falleur explained. "I mean no matter how long you've played this, that first game is still that first game."

"They're really a challenge for us, they match up really really with us with their great skill people and their fast defense. So we're gonna have to execute and that's the main thing," assessed Jones.

"I grew up watching them pummel us but now we get to compete with them every snap of the ball," Northside's Colt Ferguson said. "I think it's amazing and I think we have a good chance Friday."

The Football Friday Night Game of the Week kicks off at 7:00 p.m. in Greenwood. The Bulldogs are riding a 12 game win streak after winning their second straight 6A state title, while the Grizzlies reached the 7A state semifinals and enter the game 1-0.