Greenwood Jr. High School goes on temporary lockdown due to military training nearby

An alert was sent out after military members pulled into the school, got out of a van with military gear on and what appeared to be a gun, but was a radio pack. 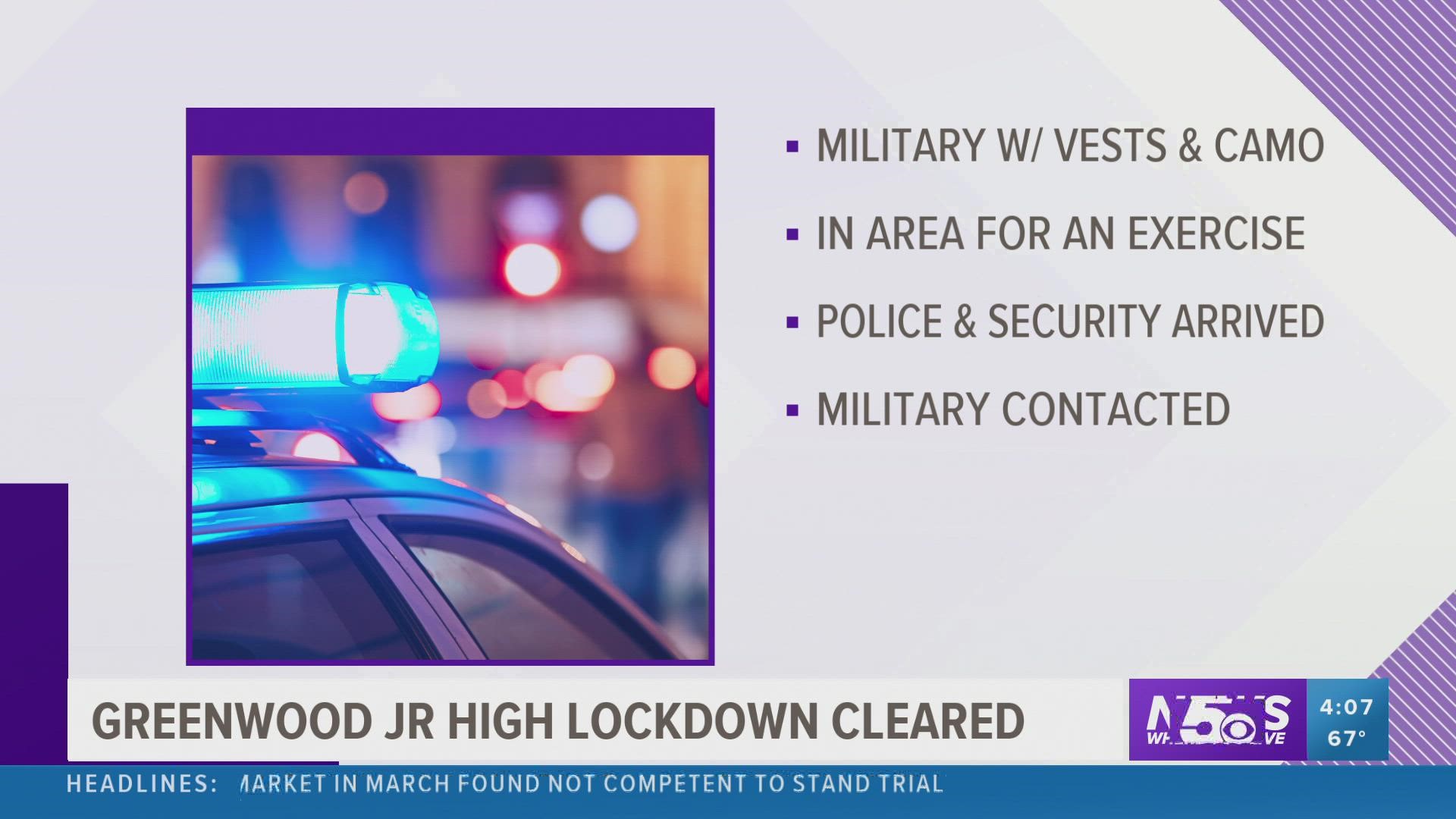 According to Greenwood Police Chief Will Dawson, two members of a visiting military group pulled into the Jr. High parking lot and got out of a van with vests on and camo.

Dawson says they had on a radio pack that appeared to be a gun barrel over their shoulder.

A school official used the panic button to put out the alert and elicit a response. School security and several police agencies got the alert and responded.

It was at that time that the alert was canceled and contact was made with the proper military agency to ensure this did not happen again.

The Greenwood Police Department wrote the following statement on its Facebook page:

"We are frustrated with the lack of communication or the decision to pull into the school parking lot, but obviously happy with the response to the threat.   The system worked as it should.  A meeting is already happening today with the military unit between the school, the police department, and the military unit."

RELATED: Police respond to reports of an armed juvenile at Bentonville High School