Defining "we over me," Greenwood janitor with cerebral palsy receives state title ring

The Greenwood Bulldogs gifted a state championship ring to one of their most beloved figures on campus. 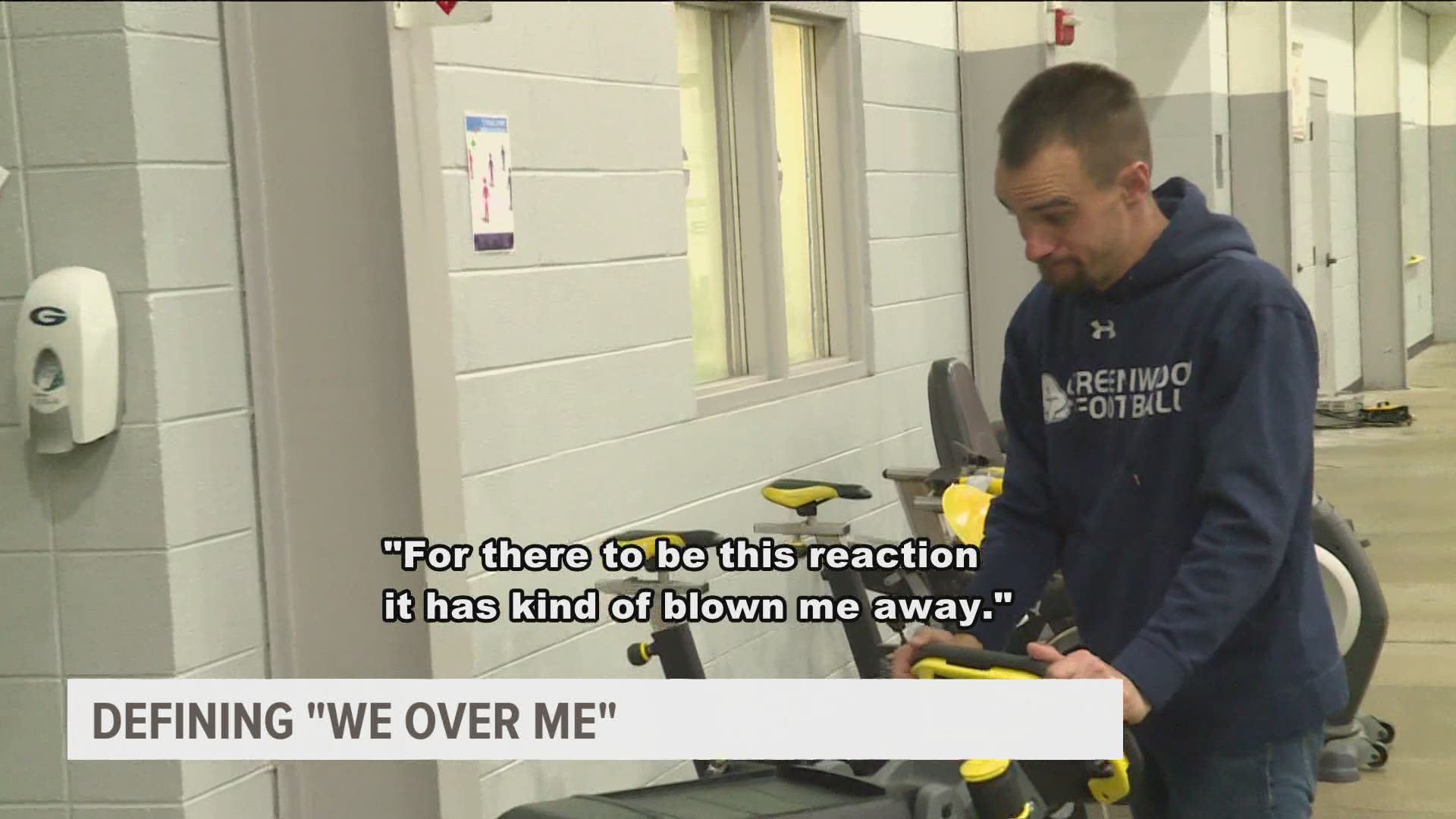 GREENWOOD, Ark. — Greenwood football's janitor Jamie Freeman was diagnosed with cerebral palsy at three years old. He has made the most of every opportunity in life, including the last year and a half with the Greenwood football program.

“He means a ton, just not the job he does on a regular basis, but keeping our facility clean, but he is a great example not only to our players but our coaches," said Greenwood head coach Chris Young.

Freeman doesn't just live with cerebral palsy. He thrives with it. Freeman said there are "no mundane jobs," and he puts his all into every day of work.

"Because things are the way that they are, I fully embrace it," said Freeman.

The Bulldogs football team had a motto this season of "we over me." The team has truly defined that on and off the football field.

Greenwood went a perfect 14-0 during the season, winning the school's tenth state title. After the season, they gave a state championship ring to one of their most important members.

“There aren’t a lot of high school boys that would think that way, but these boys do," said Freeman.

Head coach Chris Young called it a "simple gesture" to everything Jamie brings to the team.

Freeman put the story on Facebook, and it has made national headlines. The story has made it all the way from Greenwood Athletics to the SportsCenter Twitter and Facebook accounts, giving everyone a taste of what Jamie means to the Bulldogs.

“He deserves it, and he’s a hard worker, and I am glad he is getting some recognition," said Young.

“For there to be this reaction, it has kind of blown me away," said Freeman.

RELATED: 2020 the latest addition to the Greenwood legend