Officer Mourton was with the Greenwood Police Department since 2012. Before that, he was a deputy with the Scott County Sheriff's Office. 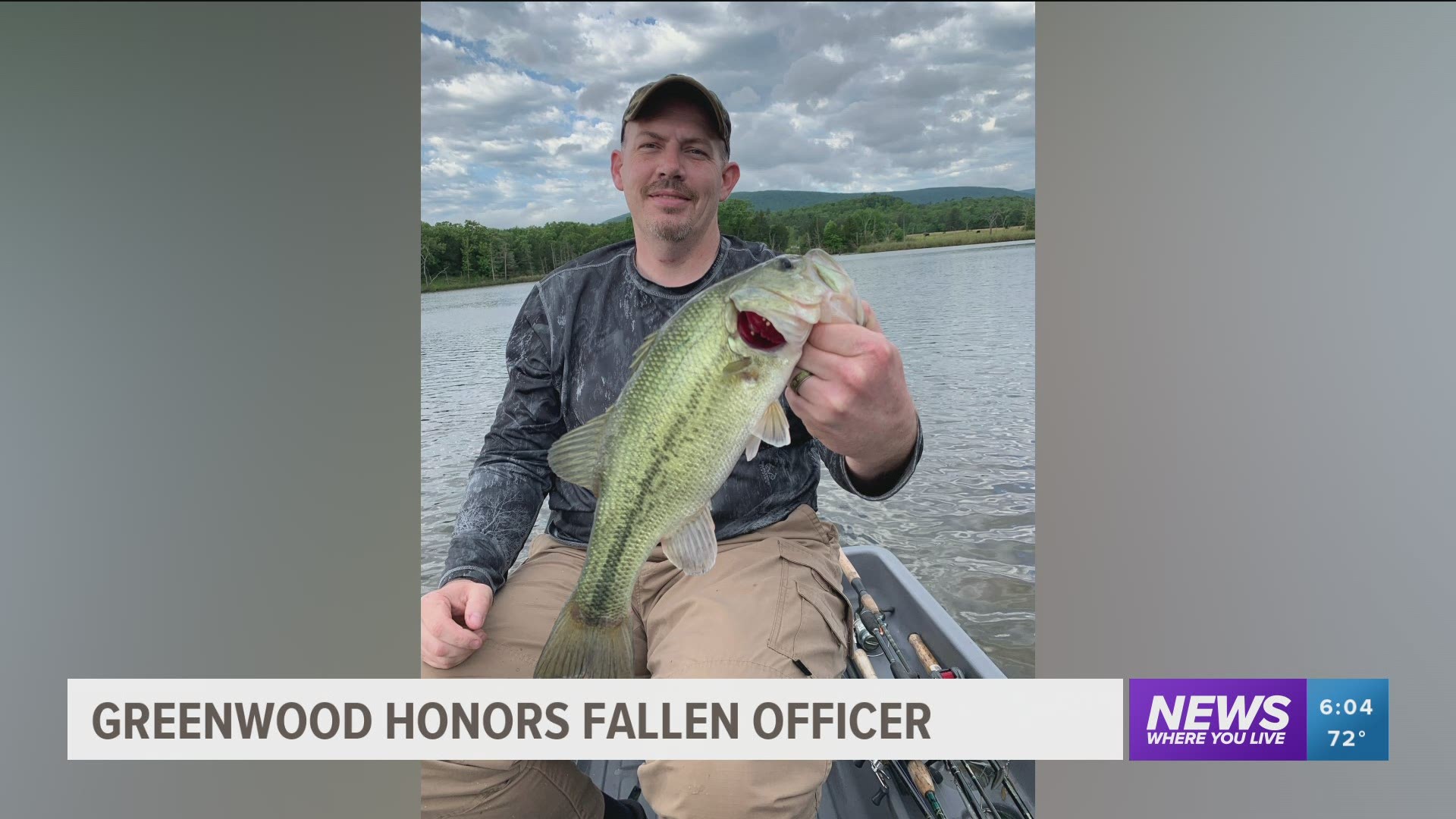 GREENWOOD, Arkansas — The Greenwood community is remembering a police officer who died after a five-year battle with cancer this week.

“If you knew Josh, you knew a good man," Lt. Joey Deer, Greenwood Police Department, said. "He was a devoted Christian, devoted officer. He loved his community.”

Josh Mourton started his law enforcement career 20 years ago at the Scott County Sheriff's Department as a dispatcher. There's where he met Lt. Deer, and they moved up to patrol and then the Greenwood Police Department.

“What I’m going to miss the most about Josh is not just being around the office and his big goofy laugh but the time he and I spent away from work, hunting, fishing, camping," Lt. Deer said.

Mourton's sister, Mandy Foster, says her brother was the best and strongest person she's ever known.

“He would give you the shirt off his back," Foster said. "He’d give you his last dollar if that was it. He didn’t care. He was just the most amazing brother, person, cop, dad. You know everything.”

Foster says he's impacted every person he's come in contact with and that the outpouring of support the Greenwood Police Department and their family have received is a testament to how her brother lived.

“People coming, who I don’t have a clue who they are, telling me, "Hey, your brother was the best person I ever knew" and honestly that’s what has kept me going is you know, the messages, the calls, the complete strangers saying you have no idea what your brother did for me," she said.

A celebration of detective Mourton's life will be held next Tuesday (April 13) at the Greenwood High School basketball arena.

If you would like to help his family, you can donate to a fund at Farmer's Bank in Greenwood that goes directly to his family.