Water was shut off for four hours this morning due to a line break near Drake Field Airport. Greenland Schools switched to virtual learning due to loss of water. 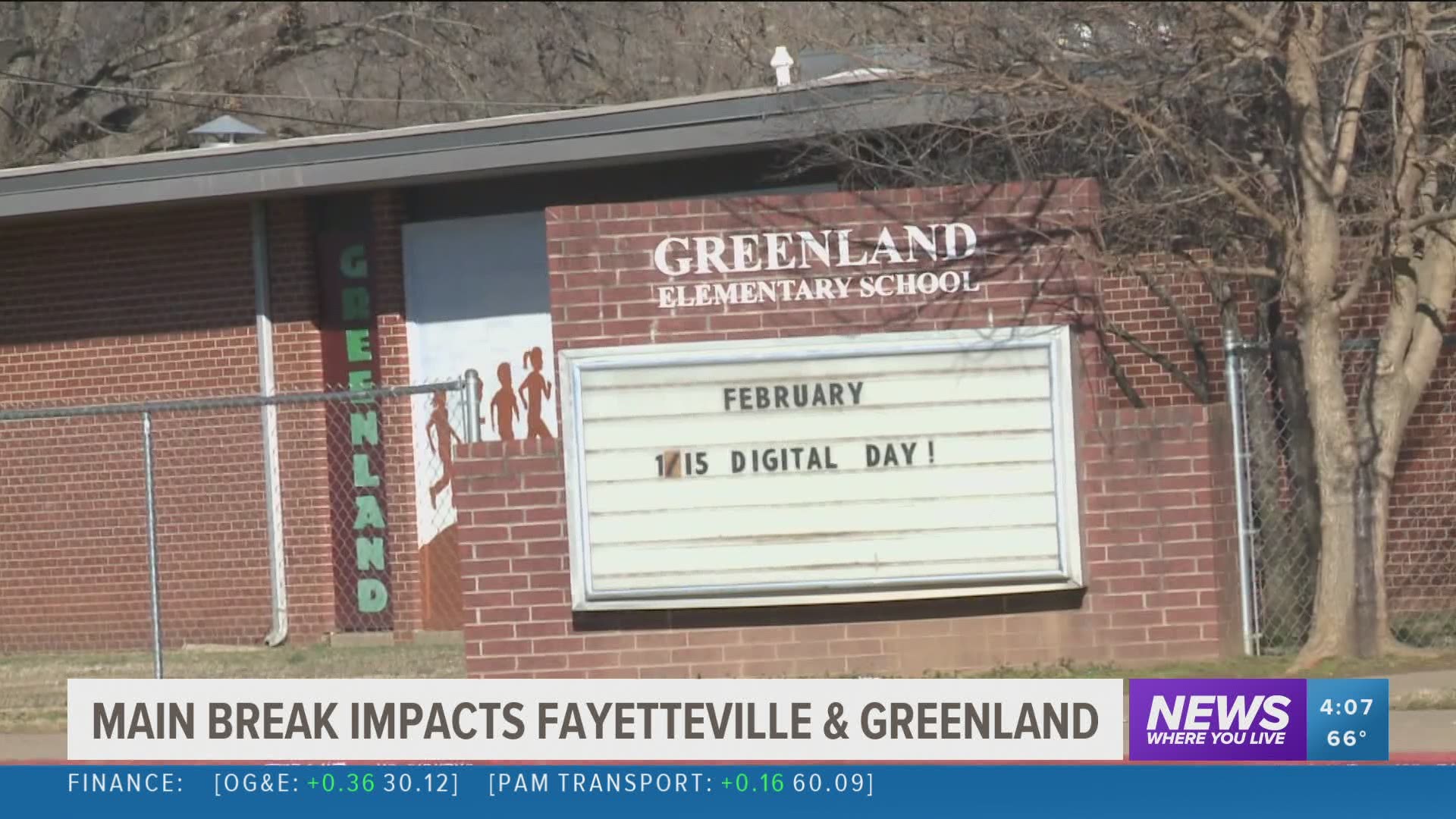 The affected water main has been repaired, water pressure has been restored, and an adequate disinfectant level has been established throughout the water distribution system.

The City has completed a bacteriological survey, which indicates that the water is now safe to drink. Please contact the City of Fayetteville Water and Sewer Division at (478) 575-8386 with any questions.

A boil order is underway in south Fayetteville and surrounding areas after
a water main broke Wednesday (March 3) morning near Drake Field Airport.

Many in the area woke up Wednesday realizing they would be without water for a while.

The Greenland School District (GSD) was among those with no water Wednesday and had to move to virtual classes only.

The main water line leak by the airport happened around 5:00 a.m. Wednesday morning.

Greenland school district superintendent Andrea Martin says she was thankful they let her know as soon as they could because it gave her time to stop the buses before going on their routes and they could give parents and students a heads up that they were switching to virtual learning today.

“During the pandemic, we have trained our students and staff to be prepared for any kind of a critical announcement or change in delivery and so today that was a little twist as far as being prepared not for the news of a water line break but obviously they have To be prepared for covid.”

The water was shut off for about four hours Wednesday before being turned back on and finding a second leak, causing the area to go under a boil order.

GSD says for now classes should be back in session Thursday (March 4).

Areas affected by this boil order are Greenland, West Fork and Mount Olive.