A Gravette woman was killed after being struck by a commercial vehicle in Bella Vista on Tuesday. 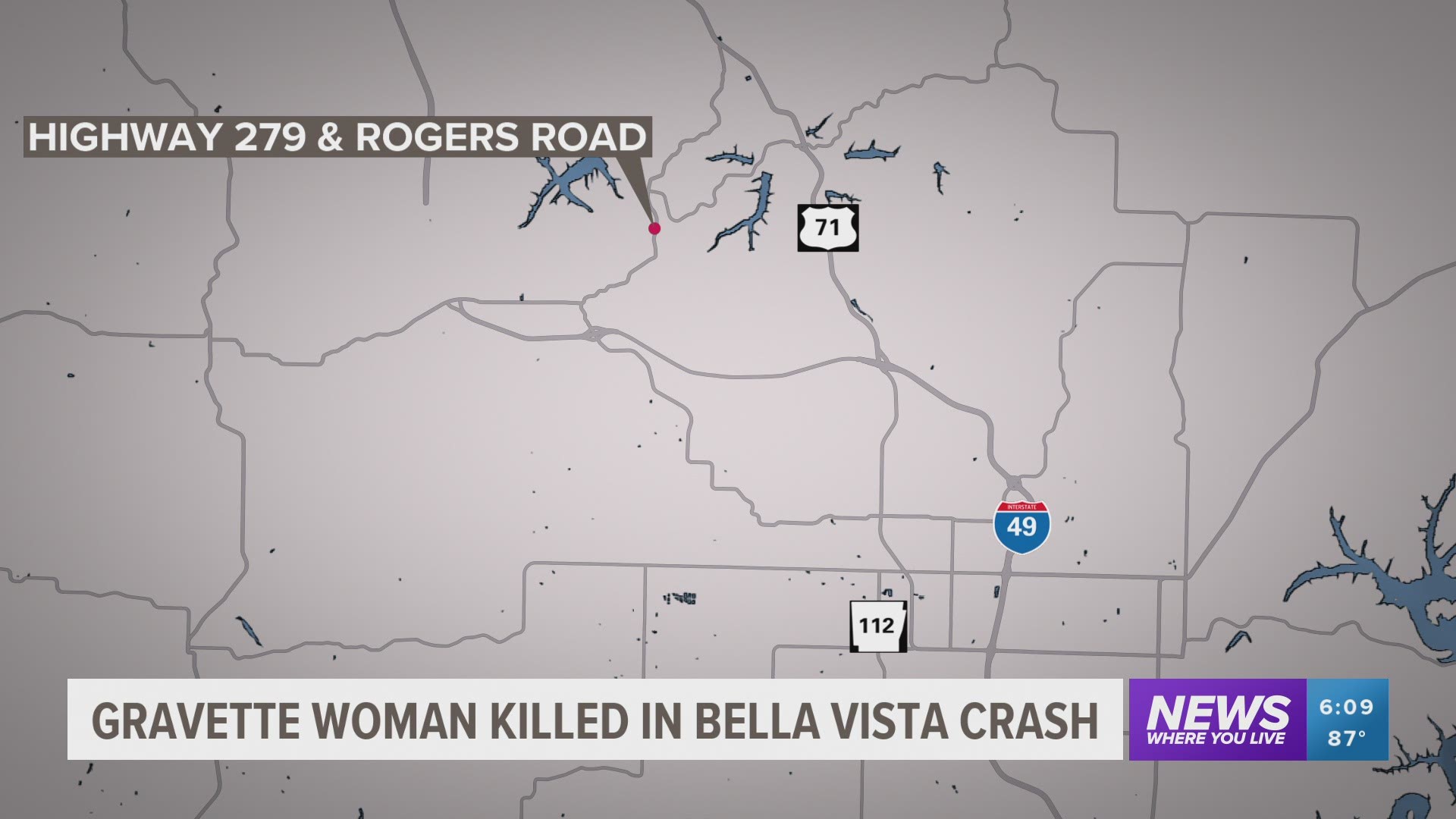 BELLA VISTA, Ark. — A Gravette woman was killed Tuesday in a wreck in Bella Vista.

According to a release from the City of Bella Vista, officers and EMS personnel responded to the intersection of Ark. Highway 279 and Rogers Road at 1:35 p.m. for a vehicle accident.

Once on scene, Heather Hufford, 44, of Gravette, was found.

City officials say Hufford was driving a Chevy Tahoe and attempting a left turn from Rogers Road onto Ark. Highway 279 when her vehicle was struck on the driver's side by a large commercial truck northbound on the highway.

Hufford was pronounced dead at the scene.

The driver of the commercial truck was not injured.

The incident remains under investigation.

RELATED: Greenwood man dies in cement truck crash on I-540