Gravette to extend 'safe trail' thanks to generous donation

A $200,000 donation from a long time Gravette resident, who wishes to remain anonymous, is aiding greatly with the trail project. 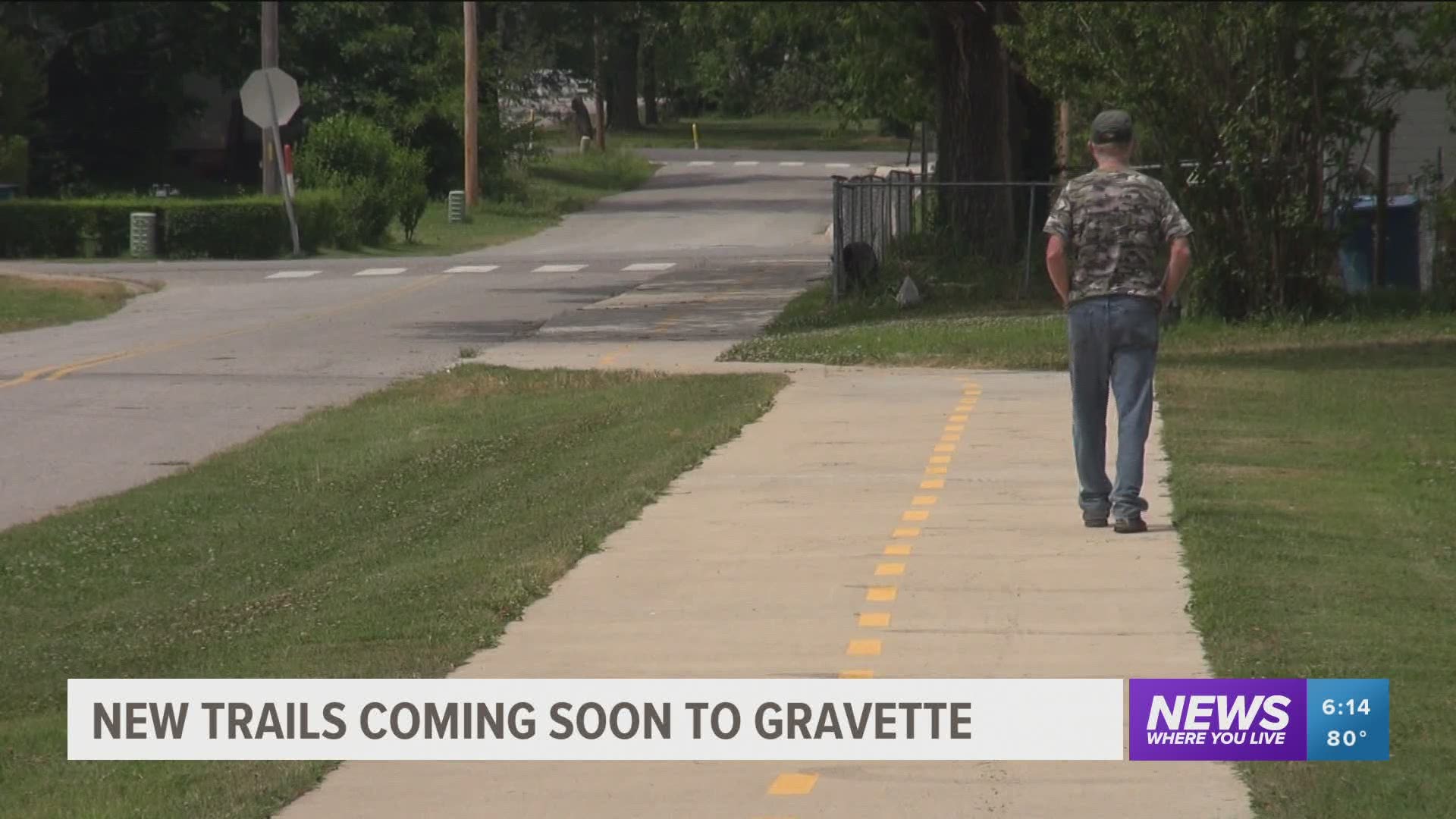 GRAVETTE, Ark. — The City of Gravette is moving ahead with phase two of its three-part plan to bring new sidewalks to the city.

Currently, there is a "safe trail" that connects the Gravette school districts. The new sidewalks were paved after students were having to walk on the streets to get to school.

"We just didn't have good sidewalks, many of them are several decades old, really broken, kids were having to walk on the street," said Gravette Mayor Kurt Maddox.

The "safe trail" outside the school was installed last Spring, now city leaders say it's time for an addition.

A $200,000 donation from a long time Gravette resident, who wishes to remain anonymous, is aiding greatly with this project.

The new trail will start with the school, extend down El Paso and Fort Smith Street and then end near the OHC Senior Center.

"We really hope the seniors utilize this trail because it is a scenic trail but it is also functional. It will connect from the banks to the schools, the grocery store, City Hall, you can get anywhere from this trail," said Mallory Weaver, Gravette City Hall Communications Director.

Construction on the trail will begin at the beginning of August. The last part of Gravette's three-part plan will be to connect the northwest side of the town to existing trails, a decision will be made by the end of this year on when that will begin.