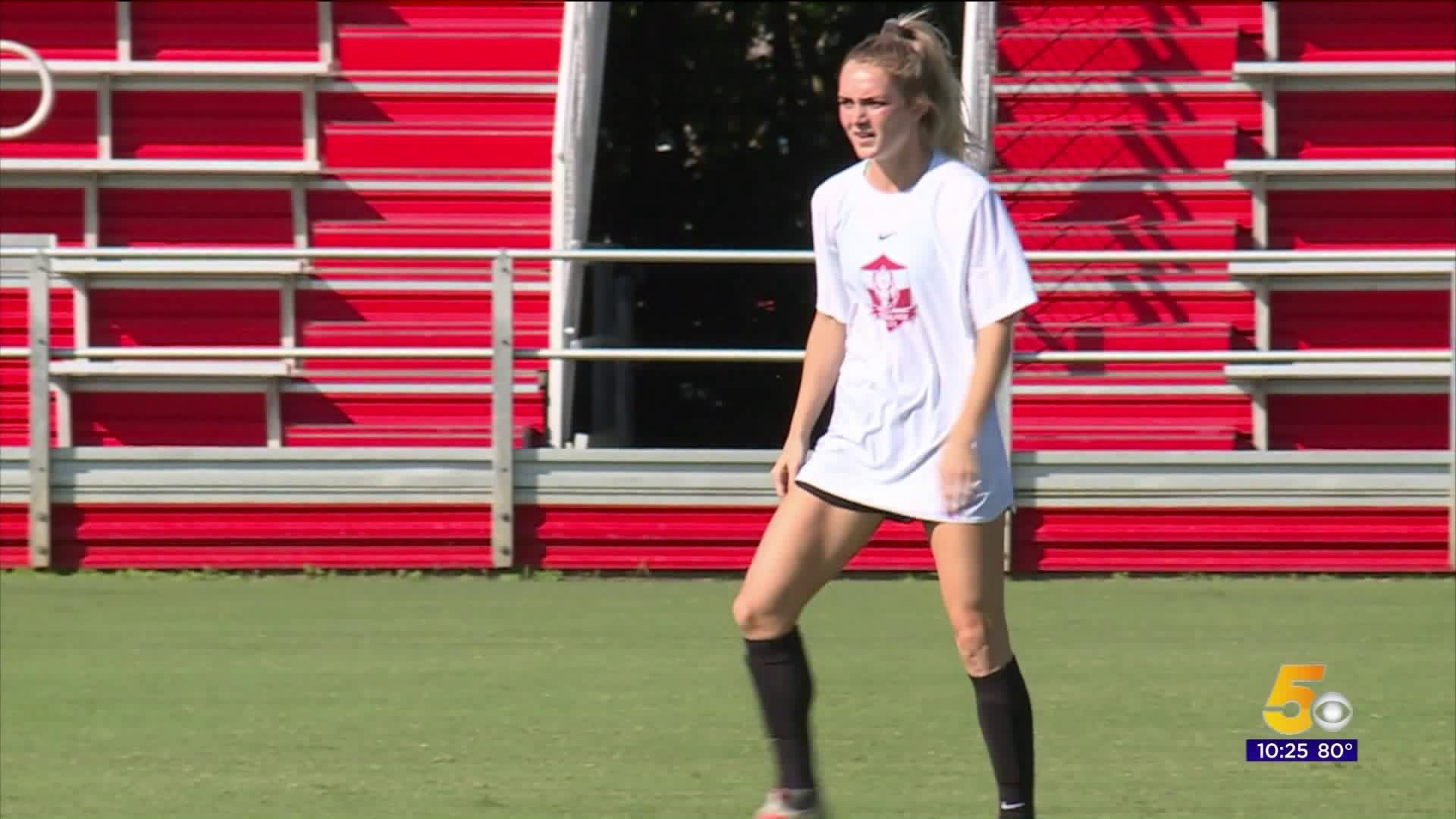 FAYETTEVILLE, Ark. (KFSM) - "I was already really upset, and then I kind of just broke down in the car."

September 20th, 2018 should have been a happy night for Parker Goins, as Arkansas soccer upset #2 Texas A&M. But while her teammate’s celebrated, the star forward was at the hospital.

"I thought I dislocated it or something, but I was in a lot of pain, so I kinda knew it was something more," remembers the junior. "A trainer took me right to get a MRI, and 15 minutes later I got a text, and they told me I tore my ACL."

"My first thought was that I felt terrible for her, gutted," recalls coach Colby Hale.

But Goins had faced adversity before.

"I tore my Lis-Franc ligament my senior year of high school, and other things, like when I hurt my ankle…al these small things have prepared me for this big one."

She didn’t wallow, instead attacking rehab and staying around the team.

"I kind of just had to learn to walk again,, then to run and jump.  I was upset that night, then the next day I knew I had to move on."

Hale wanted Goins to stay active around the team.

"We kept telling her, just because you can’t play, talk. you have a very bright soccer mind, you’re a good communicator. I thought she did a very good job of helping us win even though she wasn’t able to play."

Parker has returned in 2019 with a vengeance, already racking up 5 goals and six assists, including a score in her first game back from the injury.

"I mean, honestly, sometimes I even forget I tore my ACL," laughs Goins,  "so I didn’t even realize how exciting it was until afterwards and someone said, but it felt good."

"At the end of the day, she rehabbed like a pro," adds Hale.  "Sometimes we have to stay on them and hold them accountable a bit, not with her. And I think it’s paying off this season she looks fantastic."

Her return has helped sparked one of the hottest starts in team history, and while it may be a surprise to the nation, the Razorbacks aren’t phased.

"It’s surprising to everybody else. I mean, we believe in ourselves, the coaches believe in us, we know we can, and it’s going to be a good season."

Arkansas currently sits at 8-2-1 on the year, and host Ole Miss on Thursday at 7PM.