Several schools in Northwest Arkansas and the River Valley have Esports programs and have even won state titles. 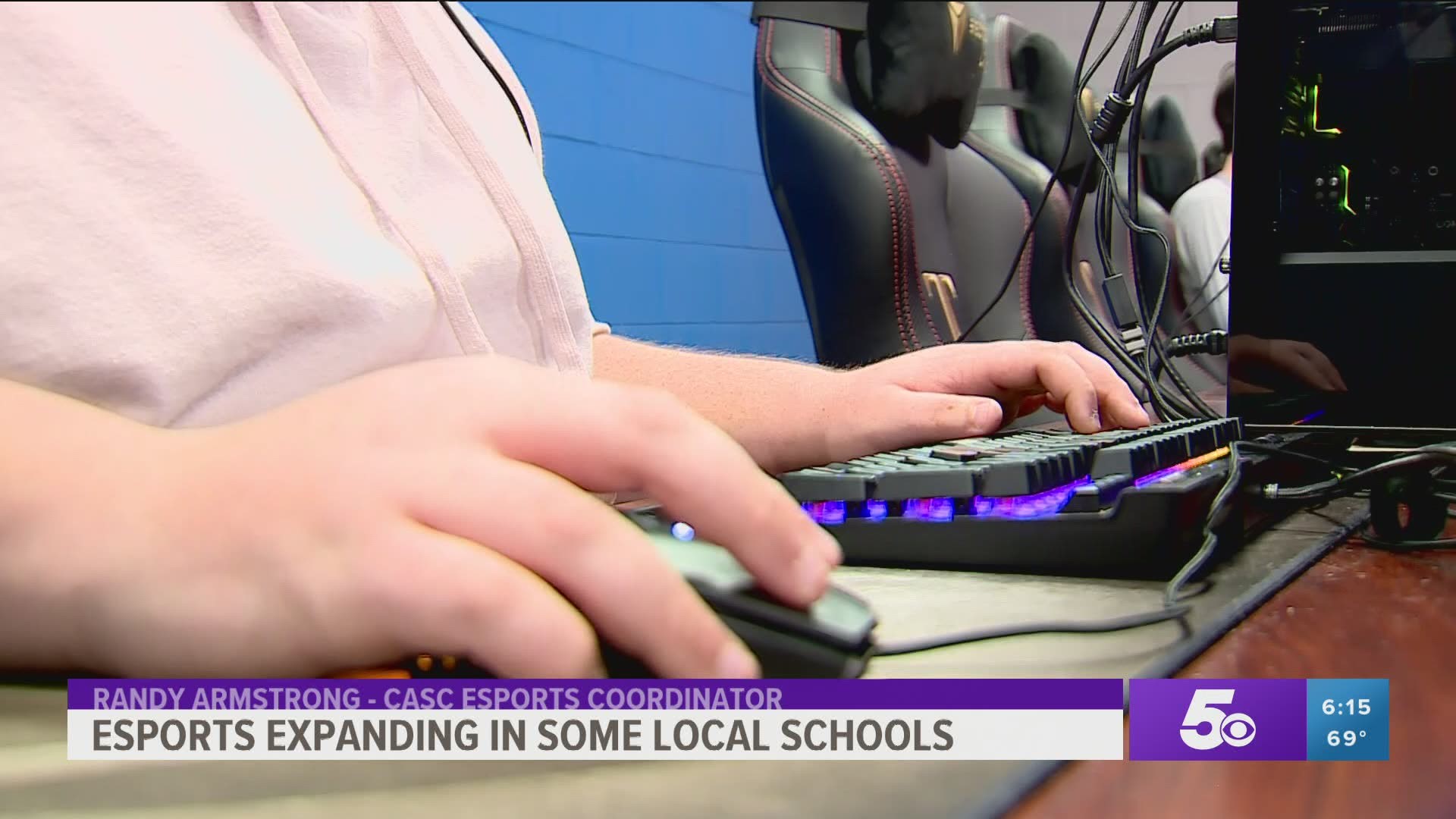 GENTRY, Ark. — If you thought competitive video gaming or Esports was just a fad then you’d be wrong.

Gentry Public Schools started its own Esports program this year.

“We realized we had a lot of talented kids with a lot of potential in the computer science fields including robotics and Esports and basically anything to do with computers and we wanted to utilize what we had in our student base," said Jordan Toland, Gentry High School Esports coach.

“Students learn critical thinking skills. The ability to the same as football, soccer, basketball, they learn the ability to work with a team," Toland said.

Most schools in Northwest Arkansas and the River Valley already have Esport programs and have even won state titles.

“Right now we’re doing pretty good. We’ve got a couple of viable teams that we think we might sneak in and win a national championship," said Randy Armstrong, CASC Esports coordinator.

The junior college is taking things one step further in its newly renovated Esports arena on campus.

“For them to buy in and get us an area like that where this is our guy's room, this is where they get to come to hang out and compete, I think it really goes a long way to establishing Esports as another sport so people can compete in," said Hunter Sisemore, CASC Esports coach.

Whether you believe it or not Esports isn’t going anywhere and the way of the future is here.

Gentry’s team is new but it hopes to win a state championship someday. They’ve got about two games left to play this season.

RELATED: Esports center in Fayetteville on track to open by late September