The fundraiser was held outside the Van Buren Police Department for Derek Riggs and Jake Meyers - two men shot by a hitchhiker in Sequoyah County over the weekend. 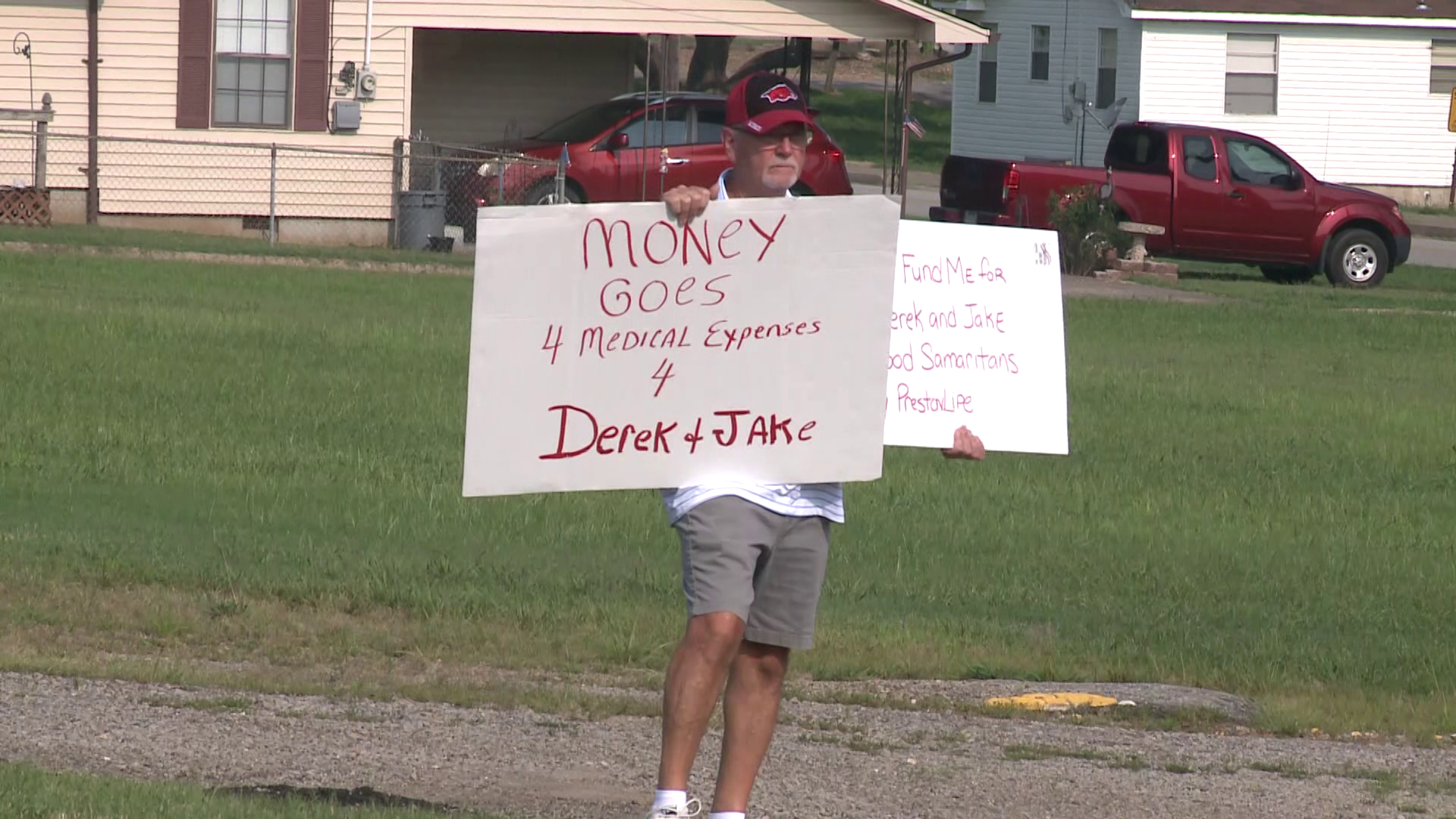 VAN BUREN, Ark. — UPDATE - The shooting suspect has been arrested.

The fundraiser was held outside the Van Buren Police Department for Derek Riggs and Jake Meyers.

Last weekend, police say the pair picked up Lee King, who ran out of gas along I-40 near Vian.

Riggs and Meyers helped King get gas, and as they were taking him back to his vehicle, police say King shot them.

Emergency crews took both to hospitals in Arkansas, and the search continues for Lee King.

As the victims recover, friends say they're doing what they can to help out.

"You know this just kind of came to me in the middle of the night yesterday morning that I needed to do something to help out," Alan Swaim, fundraiser organizer and family friend, said. "I know what a great community we've got, so I made a post on Facebook, and the replies were incredible."

Lee King is also believed to be responsible for a carjacking near Oklahoma City only hours before Riggs and Meyers picked him up.