The University of Arkansas Police Department has opened its fourth rape investigation of 2021. 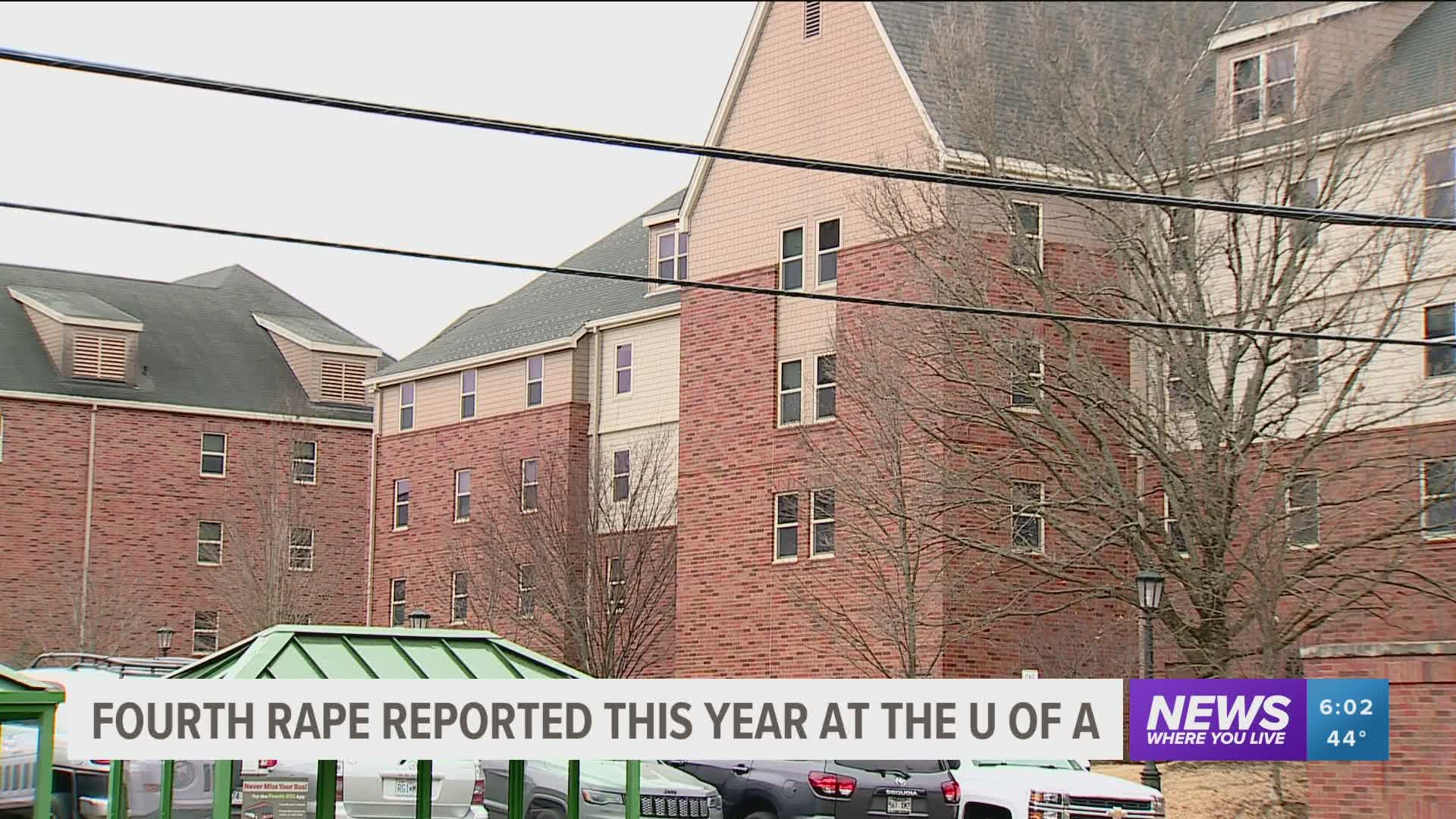 FAYETTEVILLE, Ark. — The University of Arkansas Police Department (UAPD) has opened its fourth rape investigation of 2021.

Police say a student told them an alleged rape happened in the Maple Hill East dorm on Thursday, Jan 21, 2021. The student reported the rape on Wednesday, March 3, 2021.

According to Captain Gary Crain with UAPD, the victim and the suspect are both 18-year-old students. He says they are acquaintances who were interacting socially before the crime was committed.

Students are speaking out about the incident.

A statement was put out by the university after the third case. It was obtained by 5NEWS and faced some backlash from students who say it used victim-blaming language.

“Something needs to change. You need to keep students safe. You have a responsibility as a university and as students to keep each other safe," Anika Van Lieshout, a student, said.

Soon after the university issued that statement, they released another one apologizing that said in part, "Never would the university want anyone to feel responsible for a crime committed against them. The university strongly condemns sexual violence."

On Jan. 19, a student told police there were raped at a dorm in Maple Hill South. Then on Jan. 31, UAPD was alerted about a possible rape at the Hotz hall dorm. And on Feb. 8, a student said they were raped at Bud Walton Hall.

Police have not released the identities of those who reported the rapes or those accused of the crimes.

All of the investigations are still active at this time.

RELATED: University of Arkansas study abroad program to resume in May

RELATED: Multiple dorms on the University of Arkansas campus evacuated due to an electrical fire