Armed with a weed eater and push lawn mower, the woman and a 12-year-old helped cut away at the tall grass. 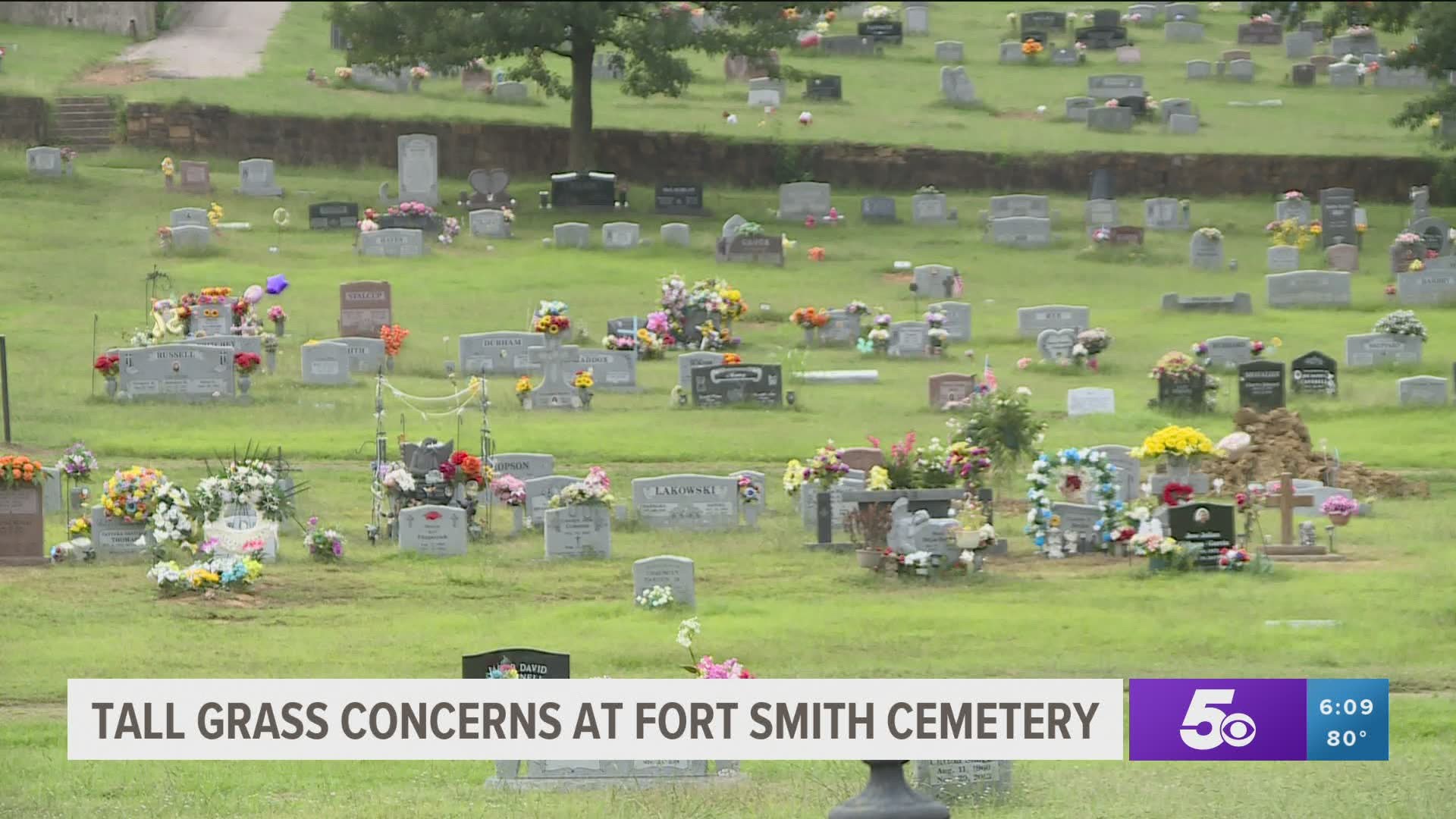 FORT SMITH, Ark. — A couple of good Samaritans are being praised this evening after mowing the lawn of Oak Cemetery in Fort Smith.

Located on South Greenwood Road, the cemetery is recognized as a national historic landmark dating back more than 150 years.

Pictures posted to social media of overgrown grass at the cemetery inspired one woman to take action.

"A whole lot of people were talking about it, but that's as far as it went, and I actually wanted to do something about it," Katlin Donnelly said.

Armed with her weed eater and push lawn mower, Donnelly started to cut away at the tall grass.

12-year-old Jarek Davidson lives across the street from the cemetery and saw Donnelly struggling and decided to help.

"I wanted to go help her because there was no one else out there with her, and I felt really bad," Davidson said.

Together the pair worked until it got dark uncovering hidden headstones.

Daniel Echevarria's son is buried at Oak Cemetery, says the city has not lived up to its promise to maintain it.

"The roads within the cemetery are, they're a travesty, it's bump left and right getting to the plots. The grass has been overgrown for quite a while now," Echevarria said.

According to city officials, upkeep at Oak Cemetery is a challenge sometimes with certain areas becoming swamp-like after heavy rainfall.

The city has received more than 13 inches of rain since mid-august.

"All of our ground is saturated, and when we try to take our zero-turn mowers and mowing equipment, it gets stuck, it creates ruts," said Fort Smith City Administrator Carl Geffken.

Crews were out Monday (Sept. 14.), finishing the job started by Donnelly and her young helper.

Although Donnelly is being praised for her gesture, that's not why she decided to do something.

"I appreciate it, but that's not why I did it. I did it because the people interned there deserve it."

The city says it plans to examine the budget again soon and hope to hire more part-time workers to help with the maintenance of local parks and cemeteries.