It was a $32 bill, but the couple left no tip. Instead, they left a message at the bottom reading "take your tip out of the mask money." 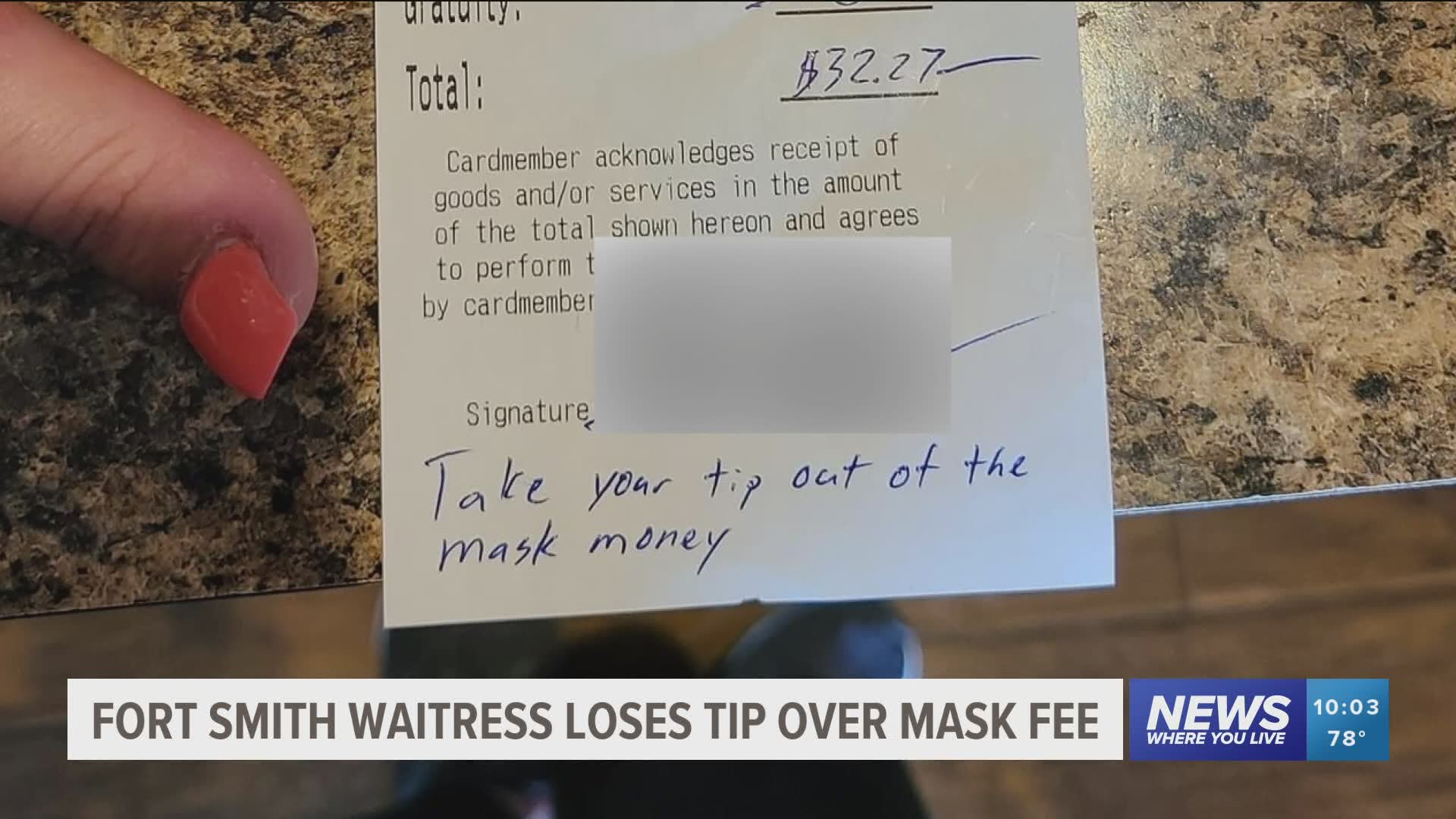 FORT SMITH, Ark. — While the statewide face coverings mandate went into effect Monday (July 20), restaurants in Arkansas already required patrons to wear face masks for the past few months due to ADH guidelines.

A Fort Smith waitress spoke about an encounter she had with a couple who she says wasn't happy with the mask requirement. She believes situations like these will only get worse.

It was a normal Thursday shift at Anthony's Italian Restaurant for waitress Jessica Honeysuckle until she went to pick up the check her last table of the night left.

It was a $32 bill, but the couple left no tip. Instead, they left a message at the bottom reading "take your tip out of the mask money."

"This is what we’re going to have to go through a little bit longer," Honeysuckle said.

She explains the encounter that led up to the message on the check.

"A couple came in, they didn’t have a mask on and I said ‘well do guys have a mask’ and she said 'no but do you guys have one for us' and I said 'we sell some for a dollar each' and they both agreed that they wanted the masks," Honeysuckle explained. "There was never anything like hateful or rude coming from them. They never acted like the mask is a big deal at the time. And then I went to go clean the table and pick up the check and that’s when I saw the note at the bottom.”

Honeysuckle is a mother of two making $2.63 an hour waiting tables. She says it's tips that help her support her family.

"It’s very upsetting when you see that big zero because that is how I make my money," she said.

Moving forward, Honeysuckle wants people to understand it's not the waiter or waitresses' fault, they are simply following the policies enforced by the governor.

“We are just trying to do our job the best we can and that’s all we can do," she said.