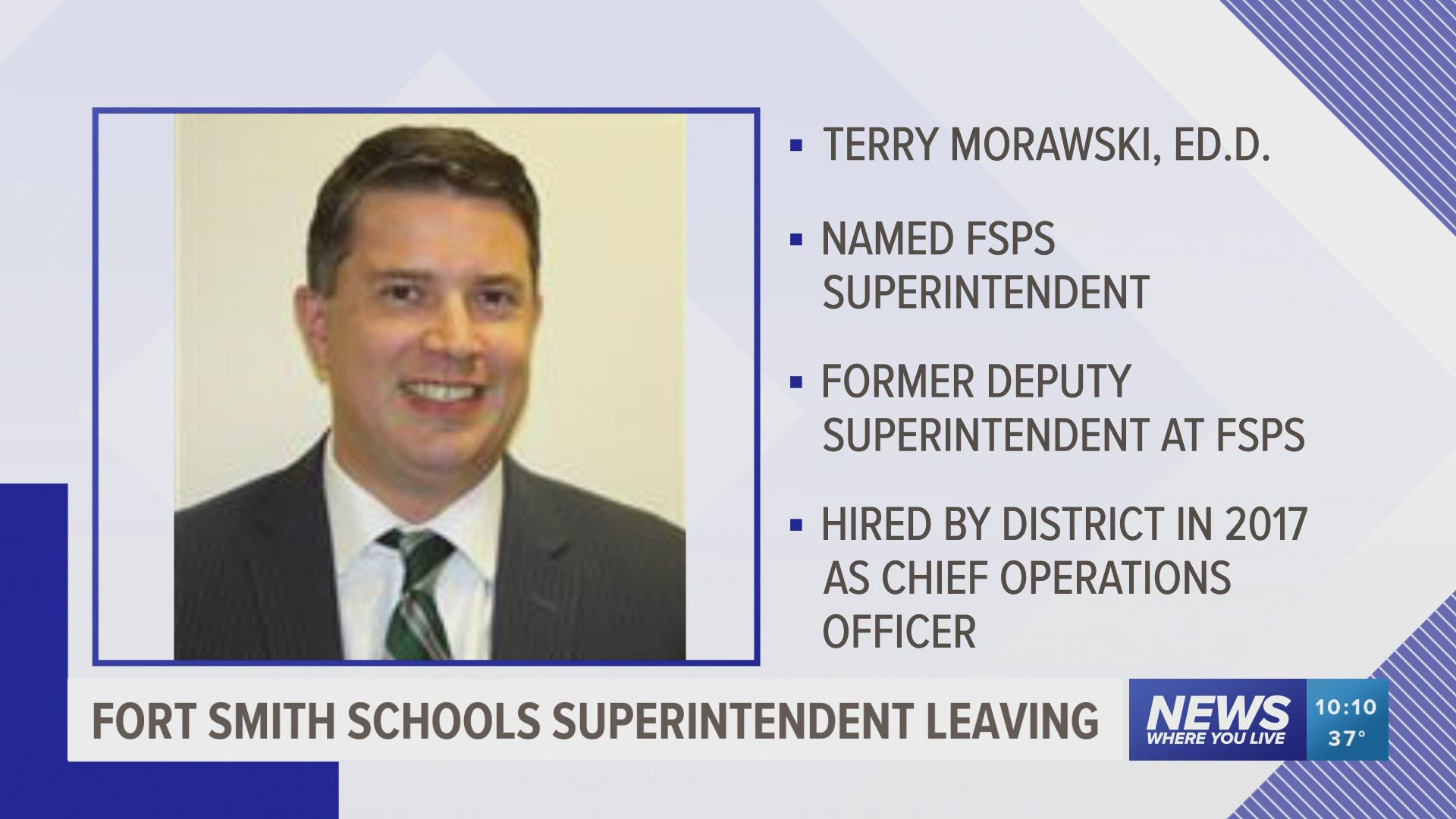 The vote was unanimous.

Brubaker has served as FSPS Superintendent since January 2017. He described the move as something that is best for his family, but he also stated that he loved the opportunity to be part of the Fort Smith community.

“Taking on the superintendent role in Texarkana ISD represents a great move for our family professionally and personally, and we are very excited about it. It’s also important to share that Heather and I love Fort Smith and are grateful that our family has had the opportunity to live, work, and grow in such an exceptional community over the past four years," Brubaker said. "For me, it has been a great privilege to work with our outstanding school board, educators, staff and community members to expand opportunities for students. With such a strong school board and team in place, I know that we can look forward to hearing great things about Fort Smith Public Schools in the years to come.”

Brubaker is expected to begin his new job on January 4, 2021.

“As one might expect Dr. Brubaker’s announcement took me by surprise but understandable given the success the district has had under his tenure. I would compare it to a sports team that wins a national championship and suddenly the head coach and his assistants become targets for recruitment. In a sense we should feel a sense of pride that our district has attracted the attention from other districts recognizing our accomplishments. So, to you Dr. Brubaker we wish you and your family the best on your new assignment. Thank you for a job well done. Our attention now must turn to continuity of leadership. The timeliness of this transition is most important to continue the momentum we have built over the last several years. The Board understands the importance of leadership continuity and will begin its task immediately to ensure a smooth transition. Again, congratulations to Dr. Brubaker and best wishes on your new assignment!”

During his tenure with FSPS, Brubaker has accomplished several milestones, including getting working on the districts five-year Vision 2023 Strategic Plan, helping secure funds for the district through a millage vote in 2018 (the first successful millage election in Fort Smith and Barling in 31 years), helping develop the Peak Innovation Center, and by helping secure Chromebooks for all students at all levels within FSPS.