Fort Smith Police were called to the area of North Albert Pike and Kinkead Avenue to investigate a shooting around 6 p.m. this afternoon (Nov. 21). 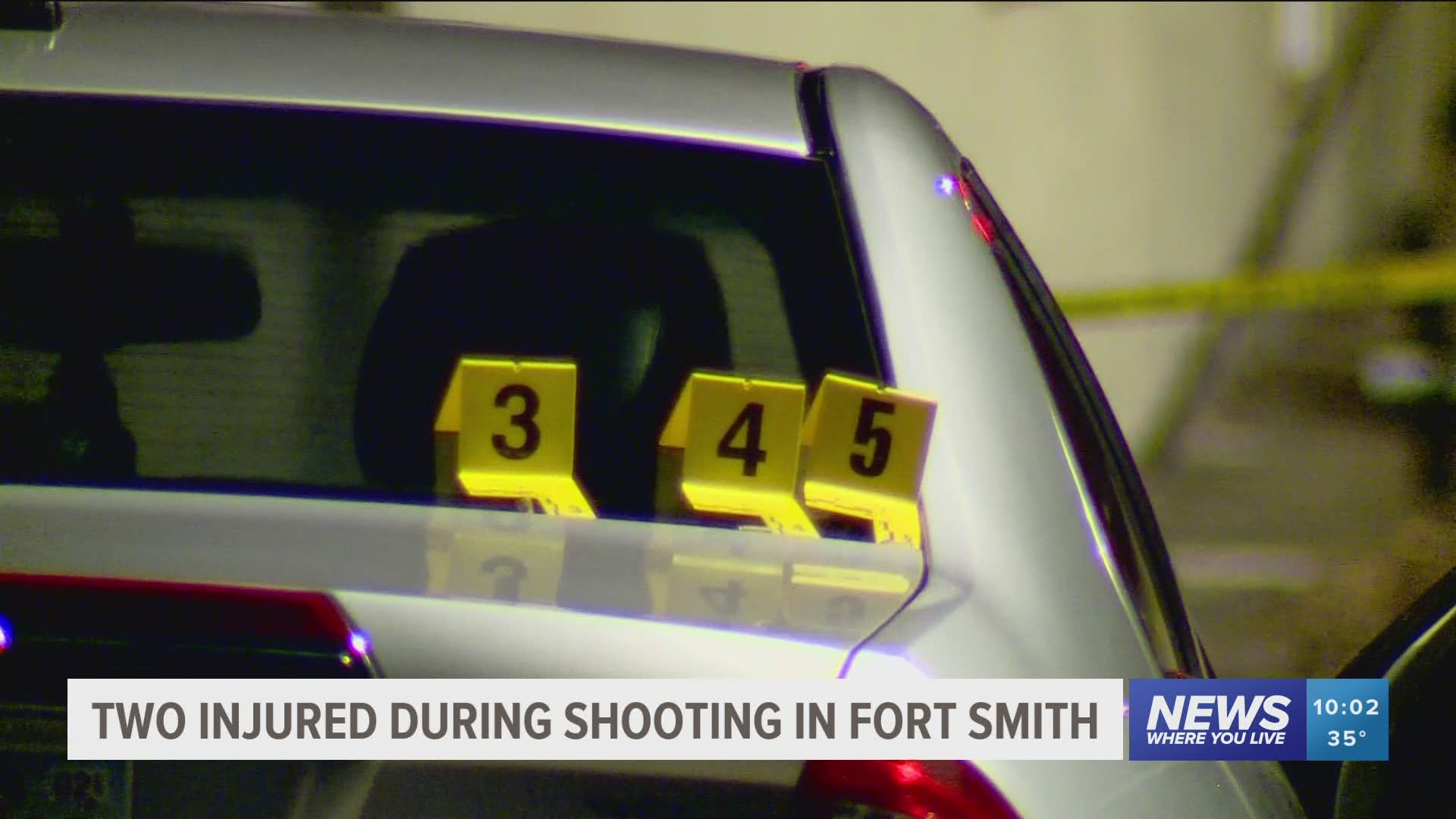 FORT SMITH, Ark. — Fort Smith Police were called to the area of North Albert Pike and Kinkead Avenue to investigate a shooting around 6 p.m. Saturday (Nov. 21).

The two victims involved were a male and a female. Both suffered injuries. The male victim was transported to a facility outside our area and the female’s injuries were non-life-threatening.

Investigators had the parking lot of the Boardwalk College Terrace Apartments blocked off with crime scene tape for several hours as they gathered evidence.

FSPD Criminal Investigations Division has persons of interest after speaking to several witnesses, but no arrests have been made at this time.

"My brother, he came in there and was like 'Hey I just heard some gunshots it was for big sounds like boom boom boom boom' so we turned off the lights and seen outside and we seen the ambulance pull up and they pulled out two stretchers."