On Tuesday at 12:49 a.m., Fort Smith Police responded to a disturbance involving gunshots and found one deceased male in an apartment. 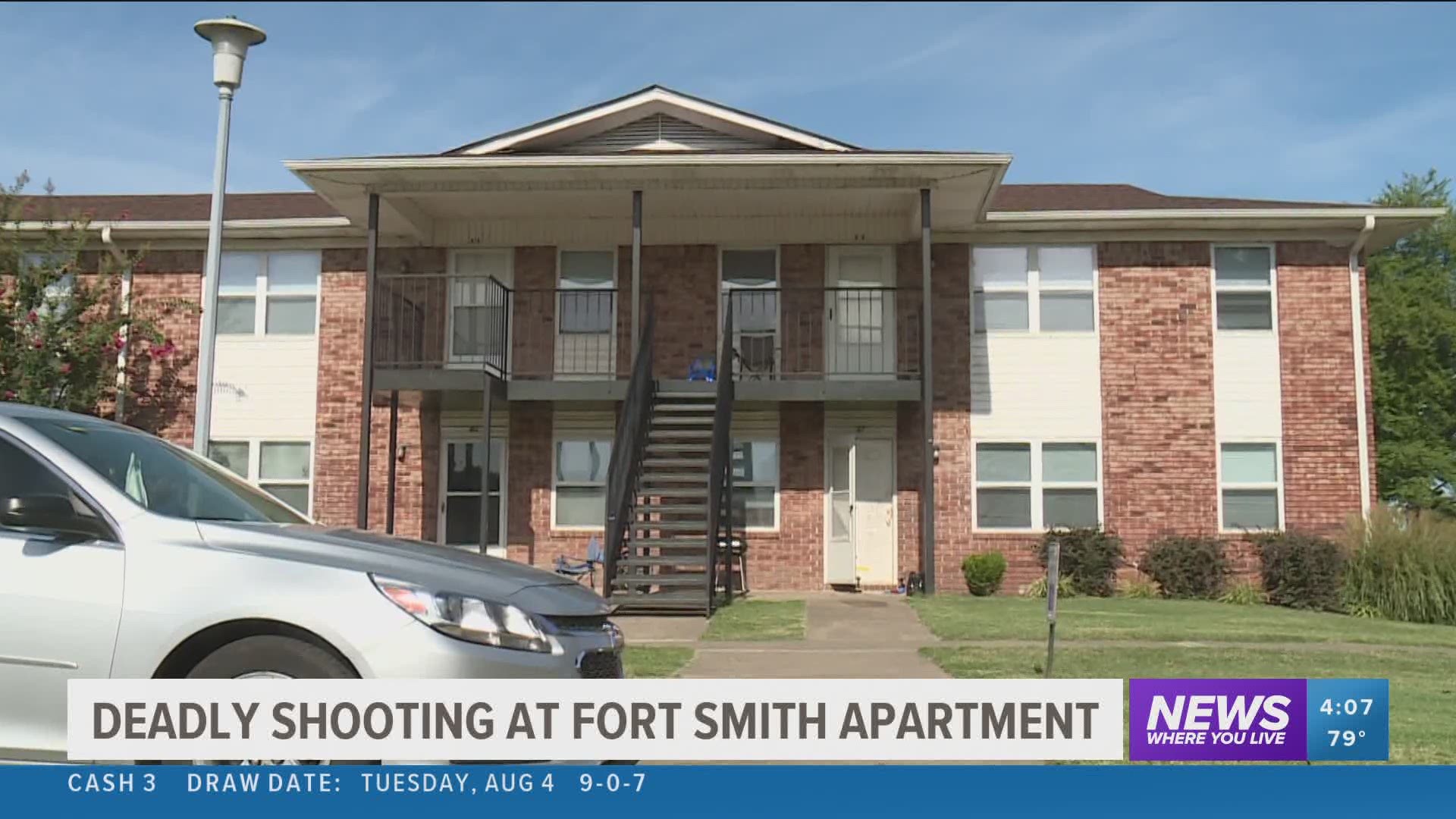 FORT SMITH, Ark. — One man is dead after he broke into an apartment in Fort Smith on Tuesday (Aug. 4), according to police.

Officers with the Fort Smith Police Department responded to a disturbance involving gunshots at West Apartments on N 50th St. at 12:49 a.m. on Tuesday.

Once on the scene, officers located a deceased male.

There was a disturbance that occurred at one of the apartment units, police say.

One of the involved parties was locked out of an apartment. The subject eventually forced entry into the apartment and was shot and killed by a person inside the home, according to Aric Mitchell with the Fort Smith Police Department.

The investigation is still currently active. Details surrounding the shooter and the victim's identities have not been released.

The investigative findings will be presented to the Sebastian County Prosecutor's Office to determine if any criminal charges will be filed.