Police say a child is dead after drowning in his family's pool in Fort Smith. 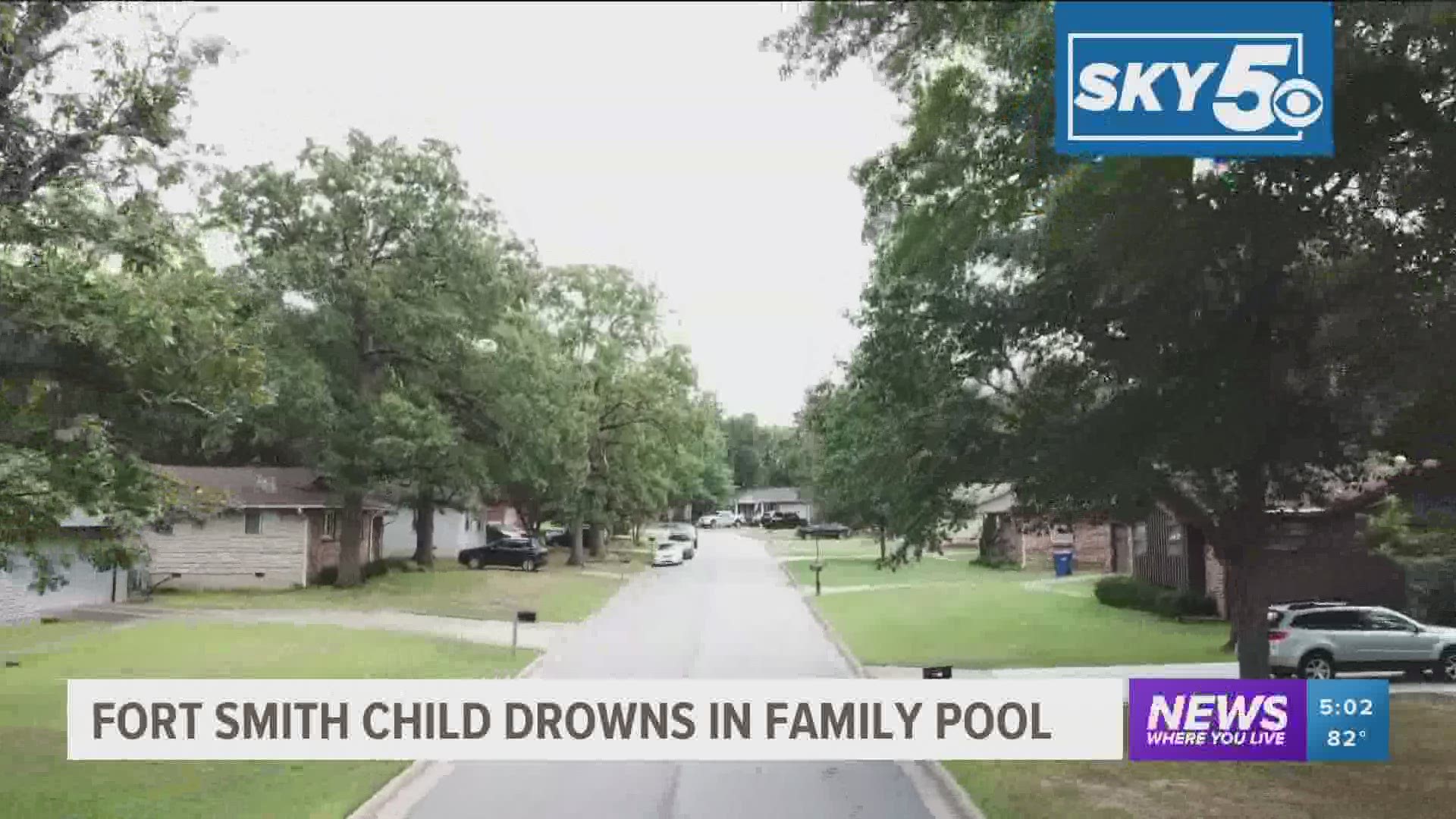 FORT SMITH, Ark. — A 5-year-old from Fort Smith is dead after falling into his family's pool.

On Wednesday (Aug. 5) at 4:05 p.m., officers with the Fort Smith Police Department and first responders were dispatched to a home in the 3300 block of South 39th Street in reference to an accidental drowning of a 5-year-old child.

When responders arrived on scene, they found the victim's family performing CPR.

First responders took over for the family and EMS transported the unresponsive child to the hospital where medical staff continued to perform life-saving measures, but the child never regained consciousness and was pronounced dead at around 5:40 p.m.

It appears the child got out of the house and was playing around the family pool when they fell in, according to Aric Mitchell with Fort Smith Police. The child was not discovered for about 10-15 minutes, at which point a family member jumped in the pool and removed the child to perform CPR before responders arrived on the scene.

This incident is still under investigation at this time, but it appears to have been an accident, according to Mitchell.