Ransom Note is a book he hopes will not only interest other true crime fans as they can break codes for themselves but will also reach the left-handed community. 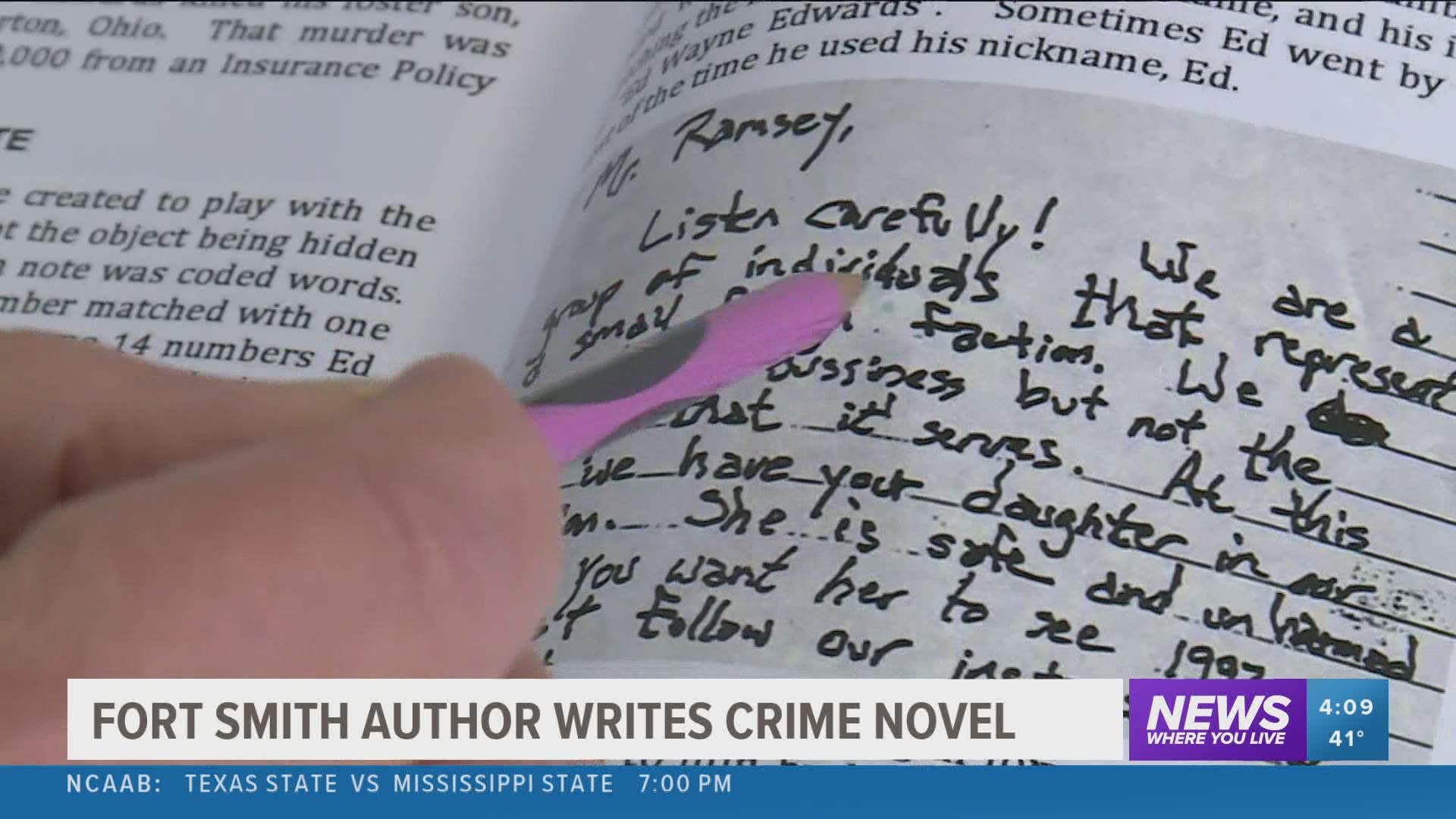 FORT SMITH, Ark. — With the holidays right around the corner, you might be wondering what to get your left-handed friend.

One local author is offering a gift with a twist, and it's not just any book, the format is made specifically for left-handed people.

“I woke up one morning with the thought of a left-handed book. Like hello where did that come from,” said Fort Smith native Bobby Goodwin.

Goodwin hasn’t always been an author, he owns a local barbershop. For the last four years, he's worked hard researching the murder case of JonBenét Ramsey, the 6-year-old pageant queen who was murdered on Christmas night in 1996 in Boulder, Colorado.

Her killer supposedly left a coded note to her dad and 24 years later, in June of 2020, Goodwin gives his take on three words he says were written backward, inspiring the idea for the left-handed book.

Ransom Note is a book he hopes will not only interest other true crime fans as they can break codes for themselves but will also reach the left-handed community.

“They never get anything for them. They’re compelled to live in a right-handed world,” Goodwin said.

The book is now being sold at Fort Smith shop, Bookish. Carol Ann Carson at Bookish says this is the first left-handed book they’ve had in the store.

“It’s neat to see people walk by and they have to do a double-take of 'wait a second this book is backwards'," Carson said. "We have a lot of left-handed people in the community so it’s kind of neat to see something is pitched towards them."

Goodwin says he came out with the book just in time for Christmas as an inexpensive gift so let your lefty loved ones know you are thinking of them.

You can purchase the book at Bookish in Fort Smith.