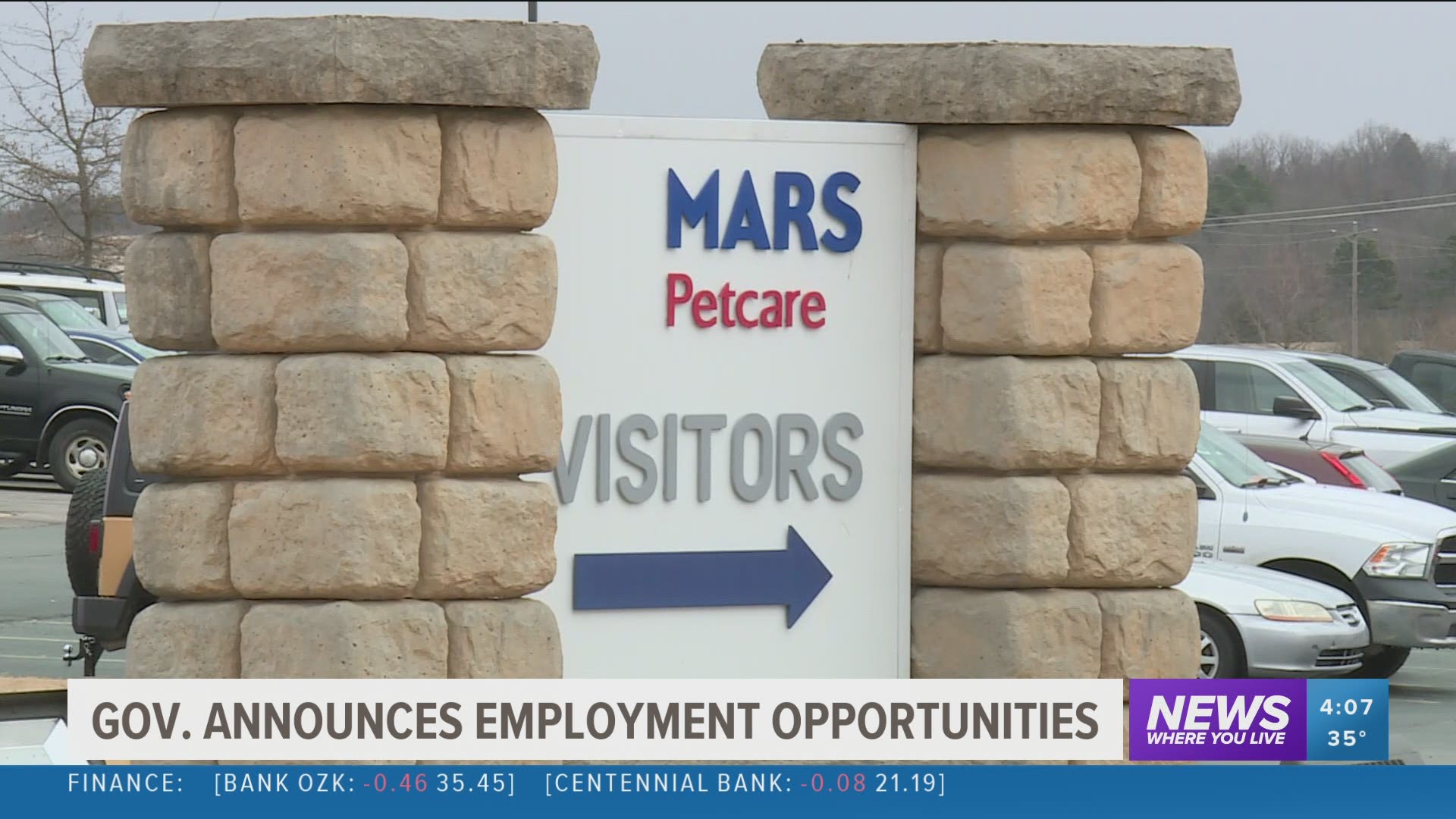 Mars Petcare opened its facility in Chaffee Crossing in 2009.

The company currently employs 300 people in Fort Smith, not including the 120 new jobs announced Friday.

Mars Petcare will be expanding it's Chaffee Crossing plant by 200,000-square-feet and is scheduled for completion by 2022.

“Since the facility opened in 2009, it has become a hub of diverse and quality jobs, and we thank Mars Petcare for continuing to grow and invest in the Fort Smith community," Gov. Asa Hutchinson said.

Earlier this month, it was announced that Hytrol Conveyor would be expanding in Fort Smith bringing 250 new jobs over the next five years.

You can watch Friday's announcement in full below.

RELATED: City of Van Buren sued after not allowing Confederate flag to be displayed during Christmas parade